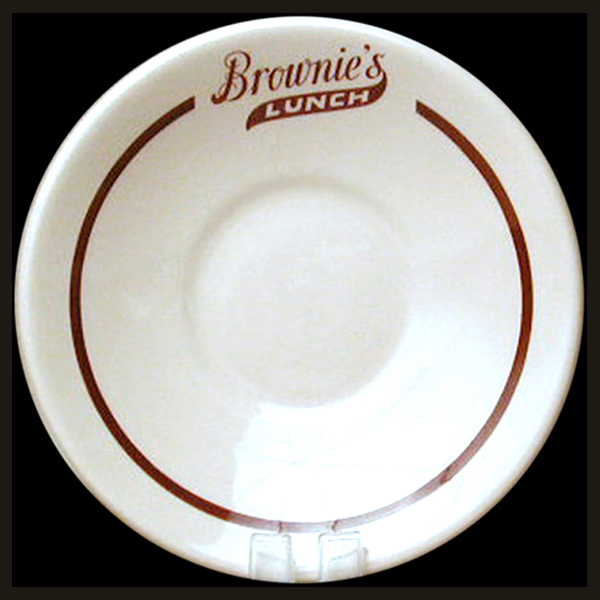 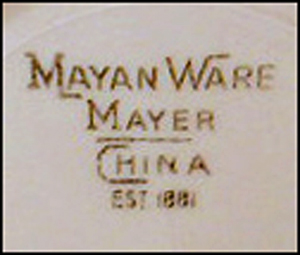 Notes: The Mayan Ware saucer might have seen use at one of several known Brownie's Lunch spots:

Brown heavy line or stripe and writing on tan body. Brownie's is shown in script lettering; lunch in a sans serif, all caps font is contained within a matching brown banner.