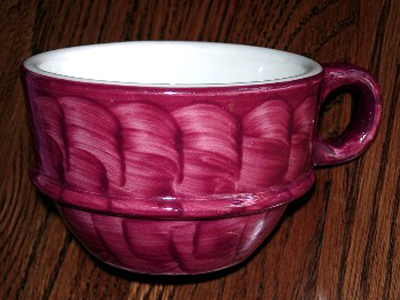 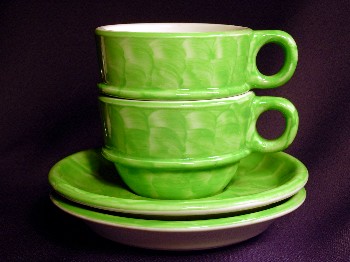 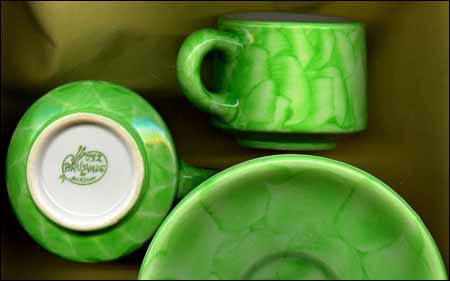 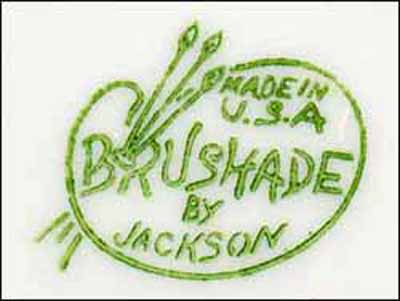 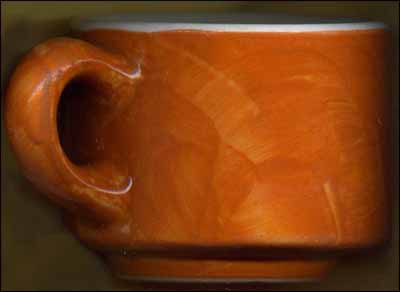 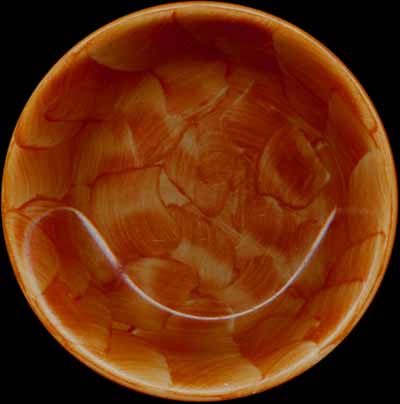 Stern's Stakup was developed by Fred Stern who gave the rights to Jackson China in 1930 to manufacture his design which helped eliminate breakage and was also space-saving on the shelf. The cups were advertised as having the ability to stack straight up so the handle could not chip the edge of the cup beneath. Cups were manufactured in several shapes and bouillons, bowls and nappies were also available. A royalty of six cents per dozen was paid to Stern.