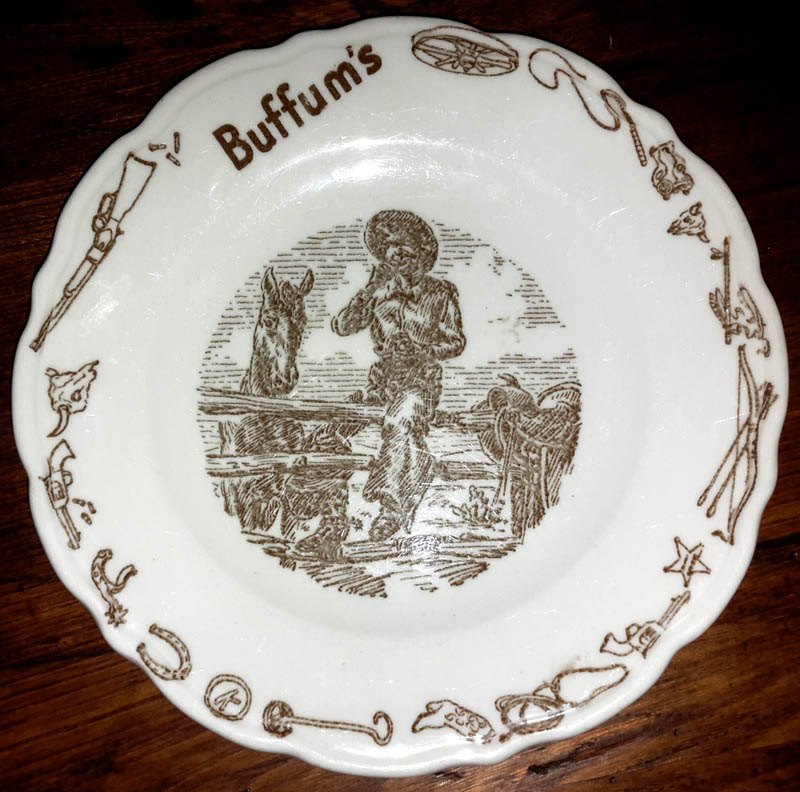 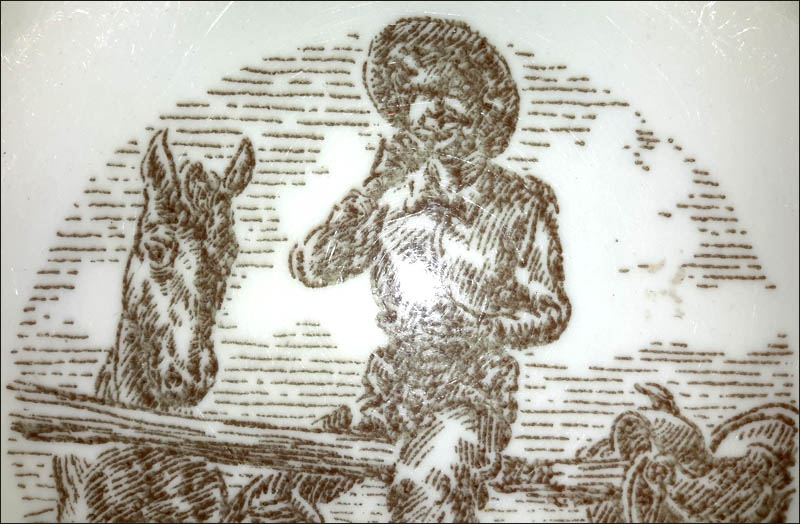 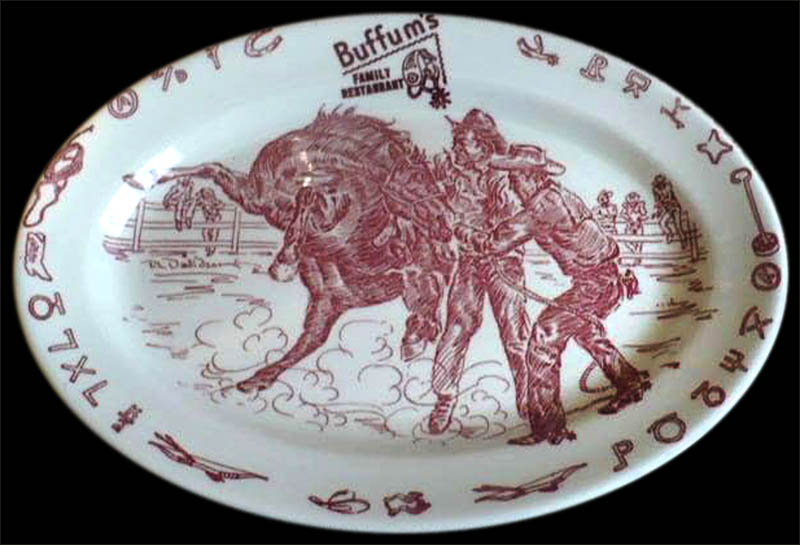 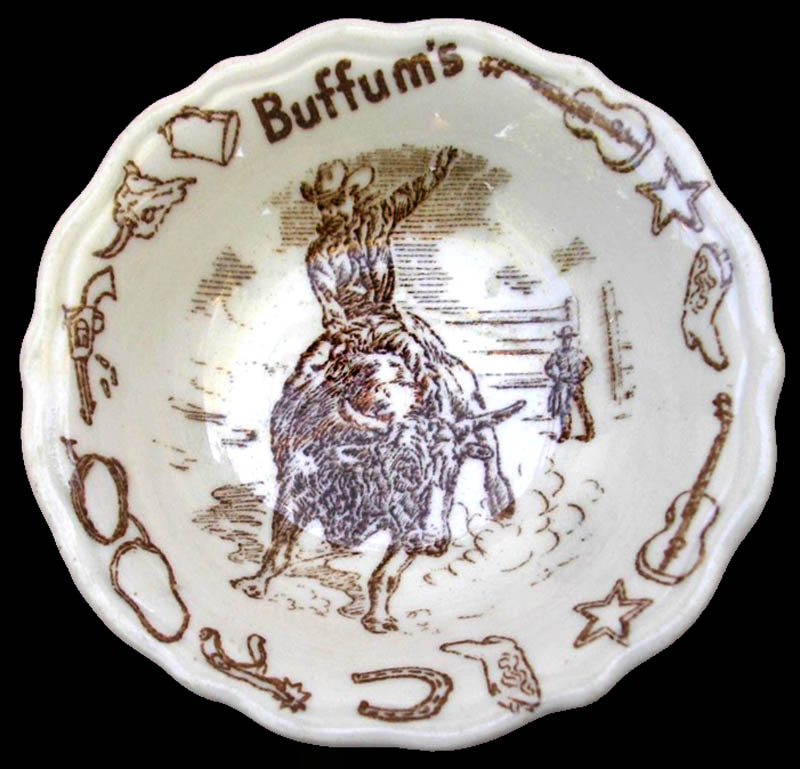 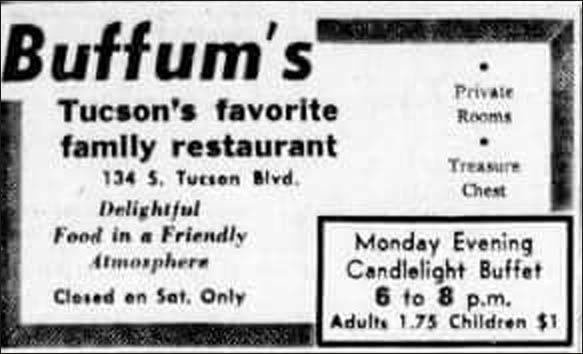 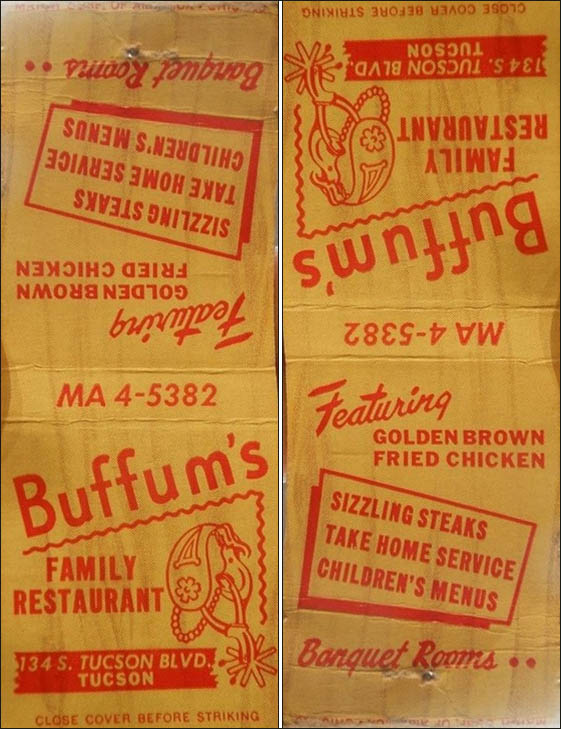 Notes: In 1948, Carl A. Buffum opened Buffum's Family Restaurant at 134 South Tucson Blvd. in Tucson, Arizona. He ceased operating the restaurant in 1960, but it is not known if it continued to operate after that date with a different owner. Buffum died in 2009.

White body pieces with different borders containing numerous drawings in brown and/or reddish brown of Western elements – horseshoes, cow skulls, guns, bow and arrows, guitar, etc. The top of border has the word "Buffum's" placed at an angle. In the well are drawings of various Western scenes.

In the Facebook thread in which this pattern was discussed, it was noted that it appears that Tepco and Vernon Kilns used at least one common design. The Vernon Kilns design was not marked for Buffum's and would not have been restaurant ware.