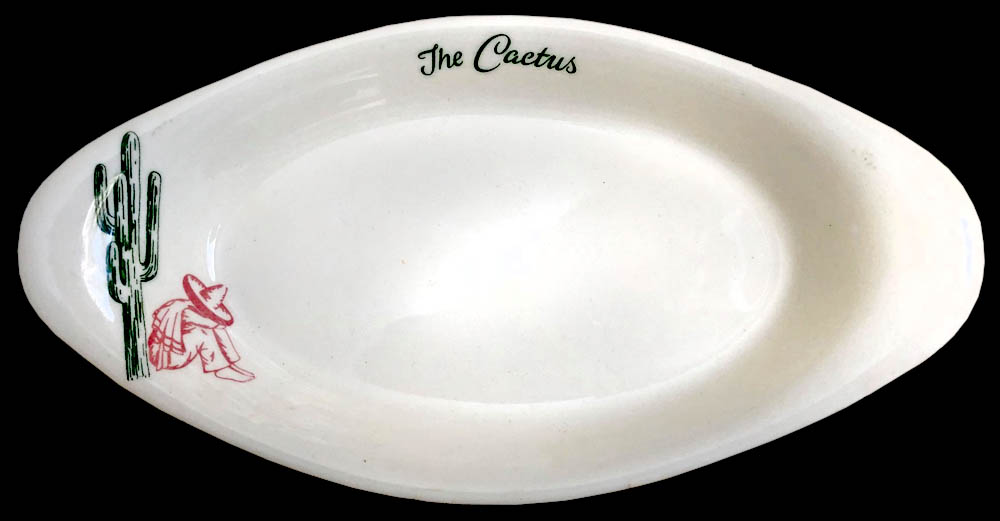 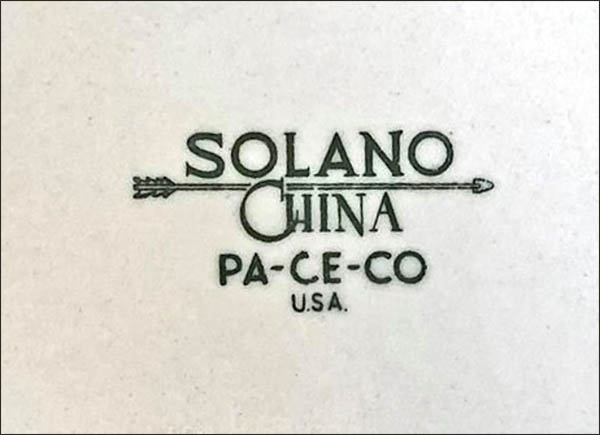 Notes: Nothing is known about this establishment other than it is assumed to have been located in the Western U.S., most likely Arizona. Solano China/Pa-Ce-Co/U.S.A. was a marketing name utilized by the TEPCO China Company.

Click here for an interesting article on TEPCO by Joseph Heaven that appeared in the 1982 August/September of American Craft.

White body welsh rarebit with a drawing on the left side in green of a saguaro cactus and a sitting man in light red wearing a sombrero and serape. At the top of the dish in a script font are the words "The Cactus."