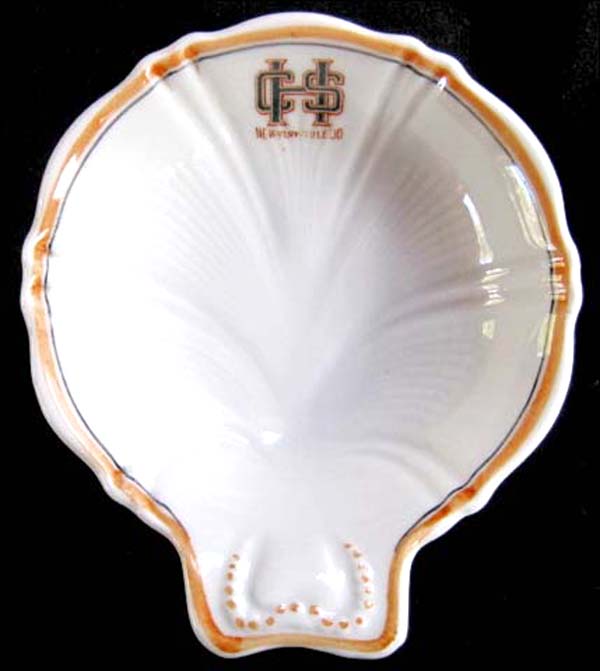 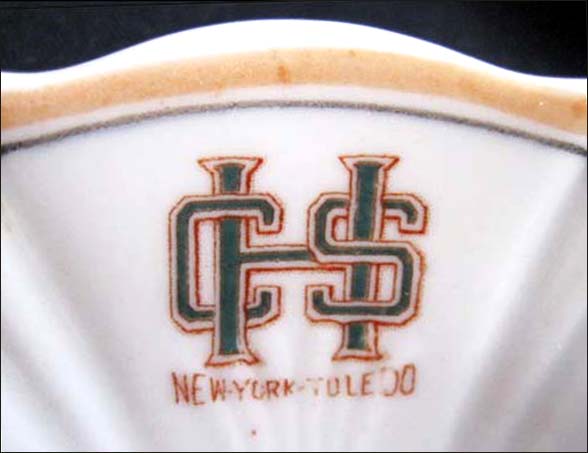 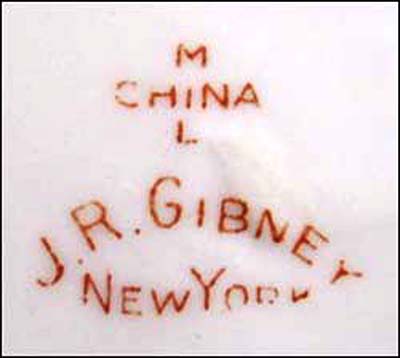 Notes: Circa 1909 to circa 1913, the Wallick Brothers (Adrian and Louis) owned both the Cadillac Hotel located at Broadway & 43rd Street in New York City and the Secor Hotel located at 425 Jefferson Avenue in Toledo, Ohio. This ice cream shell could have been used at either of these hotel locations.

Lamberton China white body 5.5" ice cream shell with an orange band and dark green line on the rim. Topmarked with the overlapping letters C H S and the words: New York – Toledo below in orange.