Manufacturer: Rego, a subsidiary of Oneida, LTD
User: Caesars Palace, Las Vegas
Date of plate: unknown, likely circa 2000 or after 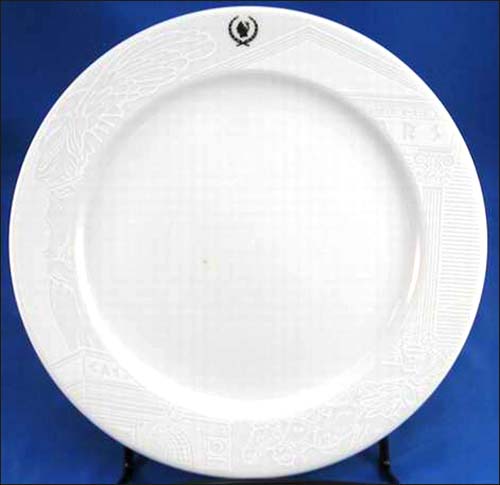 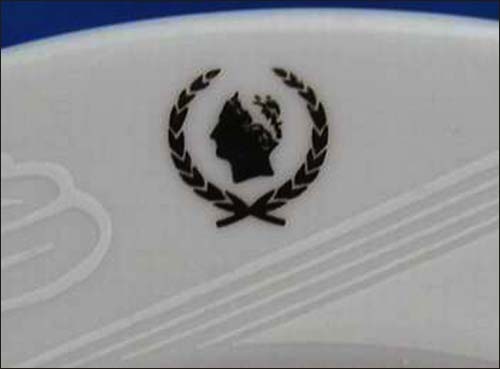 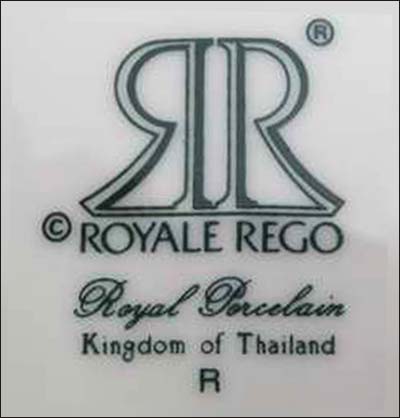 Notes: Caesars Palace is a luxury hotel and casino in Las Vegas, Nevada. Construction began on the hotel in 1962 with financing in the form of a loan from the Teamsters Central States Pension Fund. The hotel opened in 1966 and was expanded in 1974; currently owned by Harrah's Entertainment, it is undergoing a $1 billion expansion and renovation. Many well-known entertainers have appeared there over the years, with Andy Williams appearing at the grand opening. The first couple to be married at Caesars Palace were Xavier Cugat and Charo.