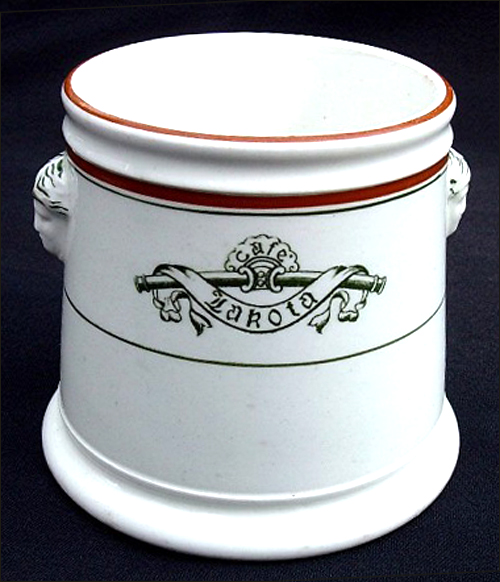 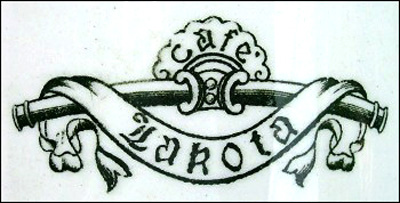 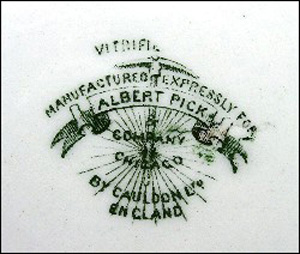 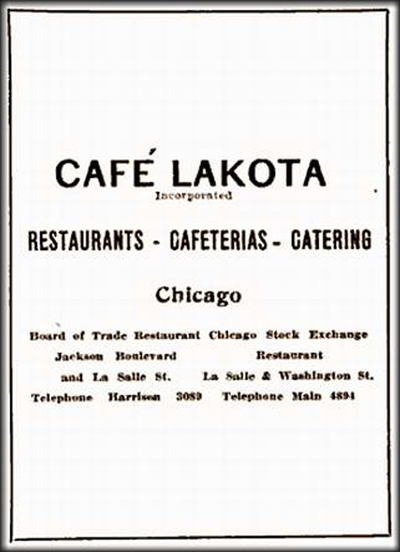 Notes: Cafe Lakota was located in Chicago. An ad from a 1911 Commercial Trade Stamp Journal shows two locations: Jackson Blvd and LaSalle at the Board of Trade, and also LaSalle and Washington Street at the Chicago Stock Exchange. The restaurant was at the Chicago Stock Exchange as early as 1906, when it became embroiled in a lawsuit over its lease.

Banner logo reading Cafe Lakota in dark green. On the sides of the open sugar are two male heads, unusual in that the hair has been touched with green stripes. Accent bands of brown and green encircle the body.