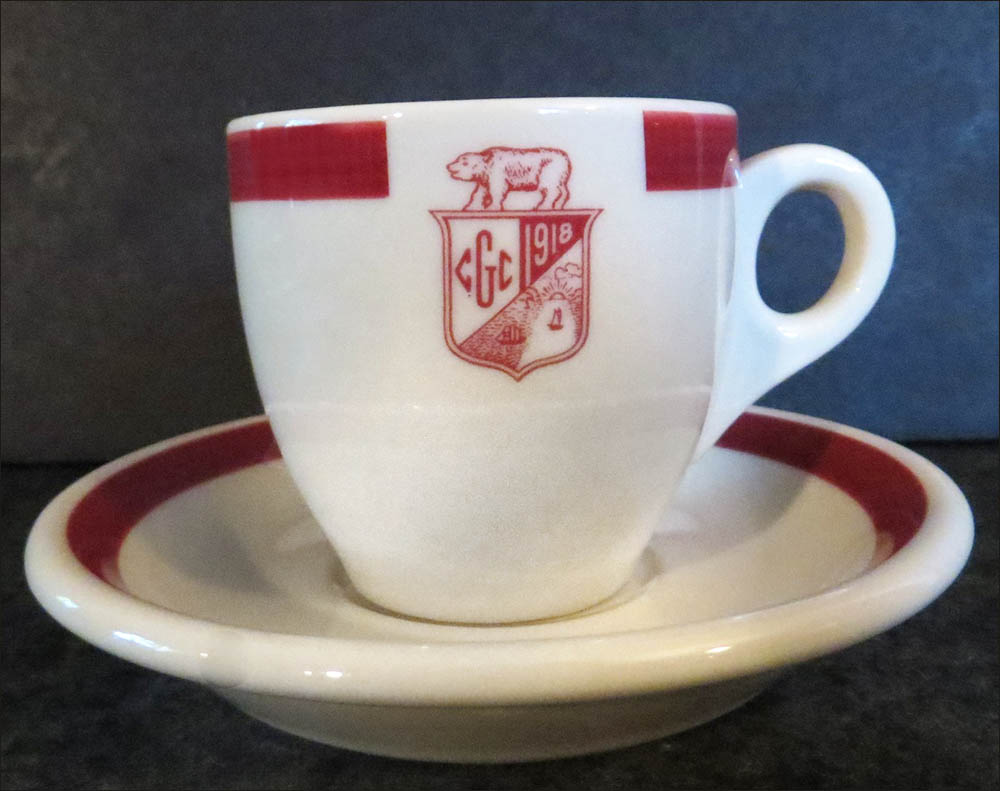 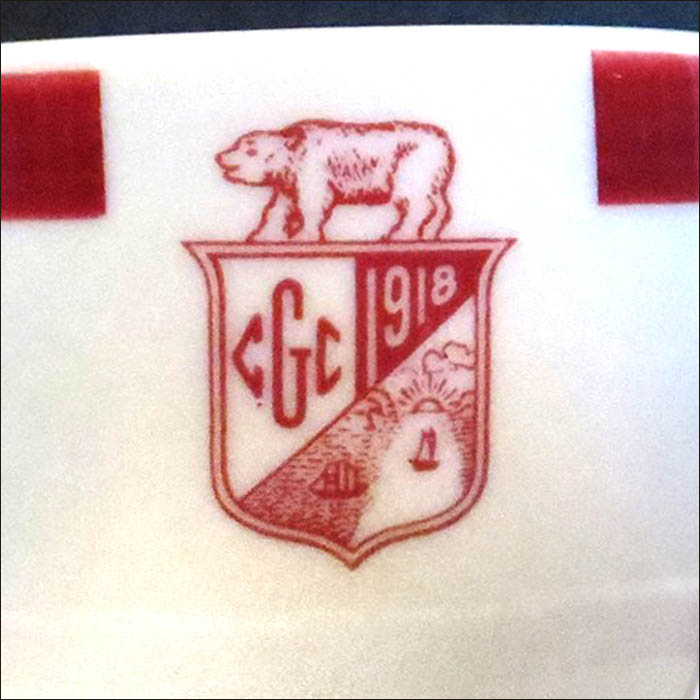 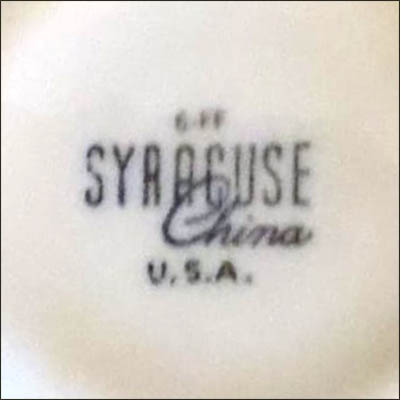 Notes: From the Club's website, " The California Golf Club of San Francisco was incorporated in the City and County of SF in 1918, thus the name even though the club is located in South San Francisco, San Mateo County.  Its original location was slightly north of the San Francisco GC (1915) on land leased from the Spring Valley water company.

"In 1922, the members wisely purchased approximately 400 acres of rolling land in San Mateo county to build their permanent home … the groundbreaking ceremony took place in 1924 and the course and new club house opened in 1926."

White body demi cup with a wide burgundy red band around the top. On the side of the cup the band is broken and the club's logo of a bear standing on a shield with the initals CGC and the 1918 date of founding at an angle within the shield and the bottom half of the shield containing a drawing of sailing ships on the sea.