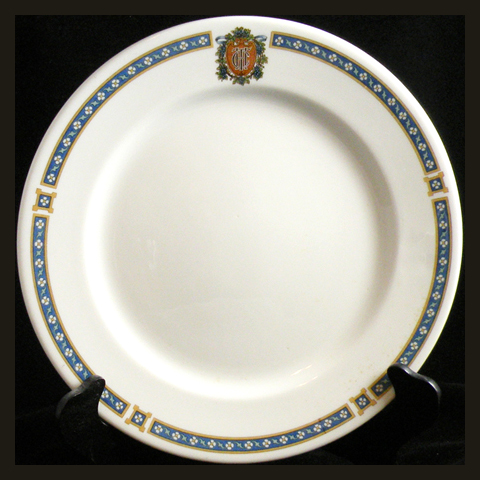 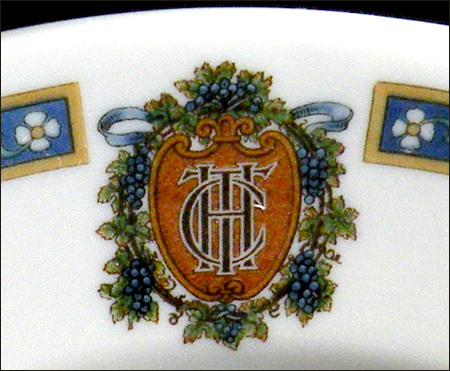 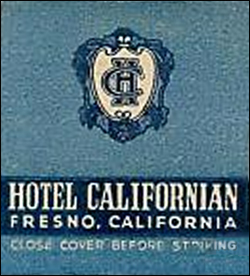 Notes: Located at Kern and Van Ness Streets in Fresno, Calif., The Hotel Californian was built in 1923 and opened on Jan. 1, 1924. Its amenities included a grill, coffee shop and the Bamboo Room. With 250 rooms, it was the largest hotel for its time on the main highway between San Francisco and Los Angeles.

It is listed in the 1968 Hotel Red Book but not the 1973. As of 2008 it appeared to be a residence for low-incoming senior citizen housing.

White plate with narrow deep blue border with white flowers with four petals and a yellow center. The border, which is the Kenmoor pattern, has a gold outline. The crest on the border has the THC monogram, grapes and grape leaves around a shield with a blue ribbon at top.