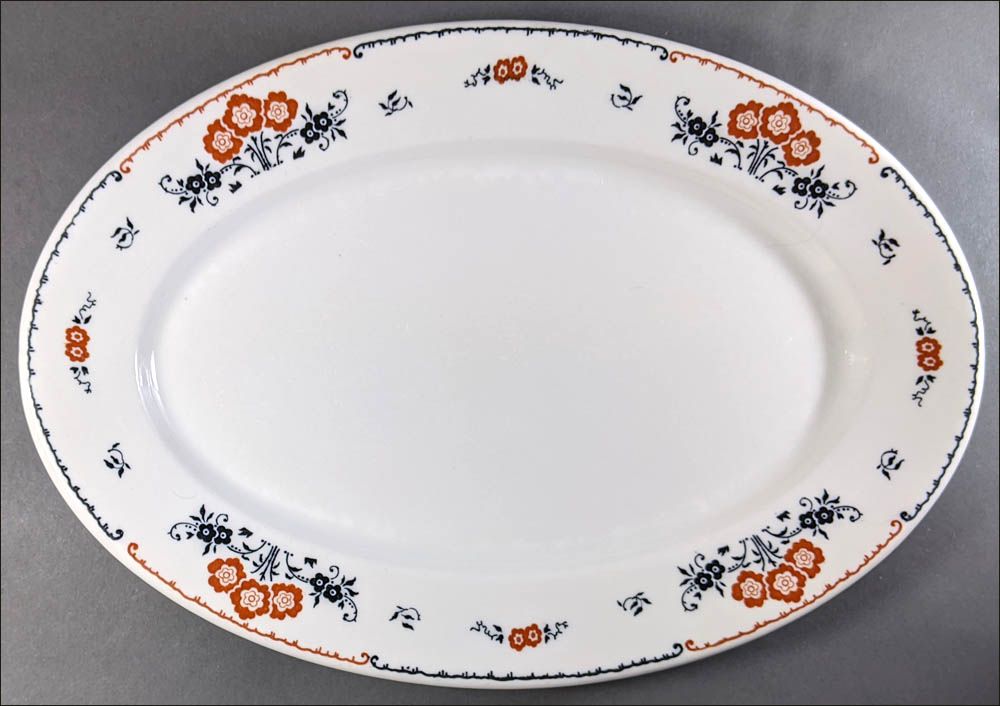 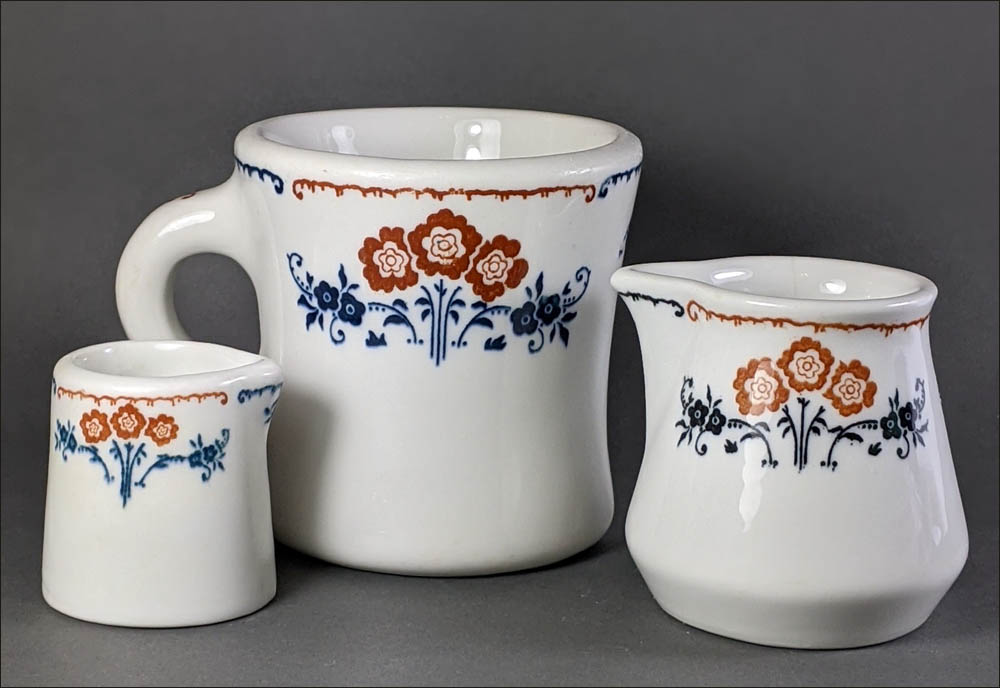 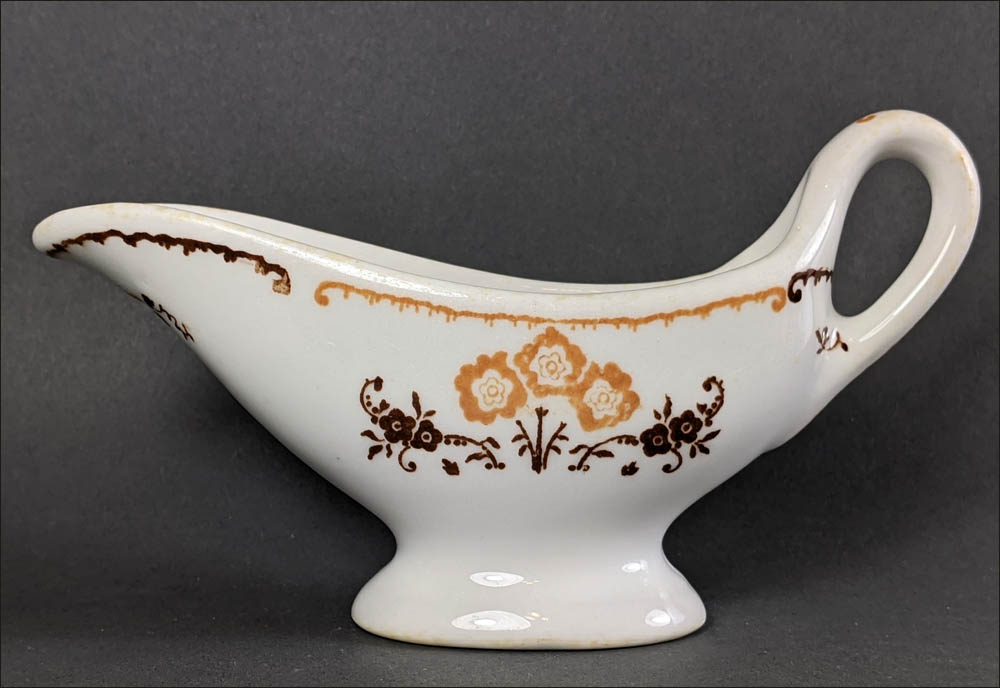 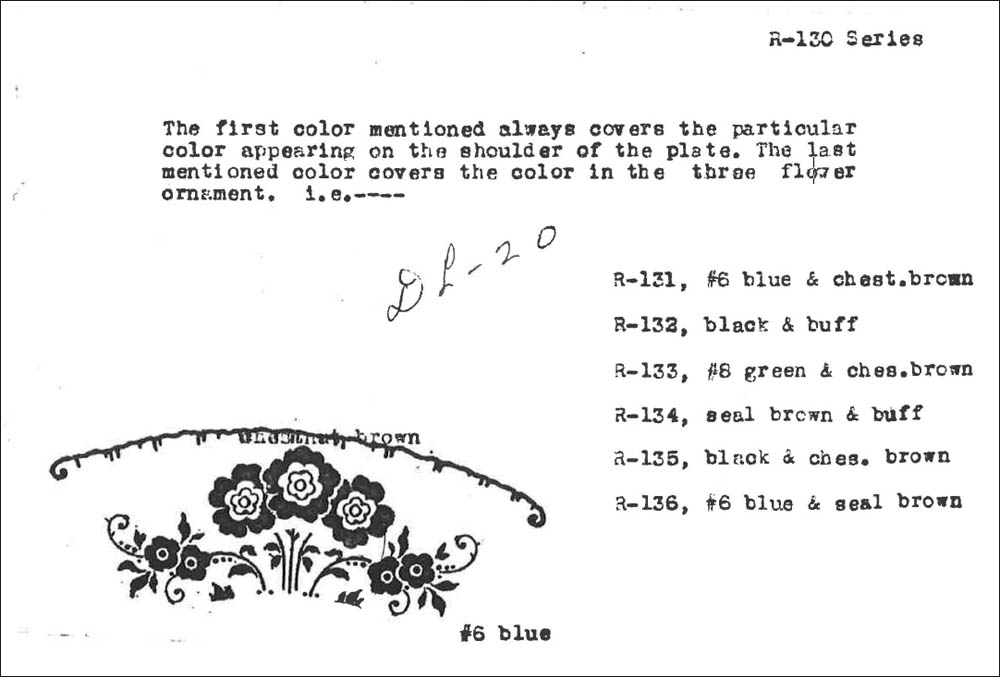 Notes: This pattern number was identified based on a binder of Syracuse underglazed patterns. Click here to view the binder. The name is on the back of the platter.

Symmetrical spray of three flower ornaments, usually found in chestnut brown (appears red) and blue, but also note the variation on the gravy (above) in seal brown and buff (appears brown and orange).