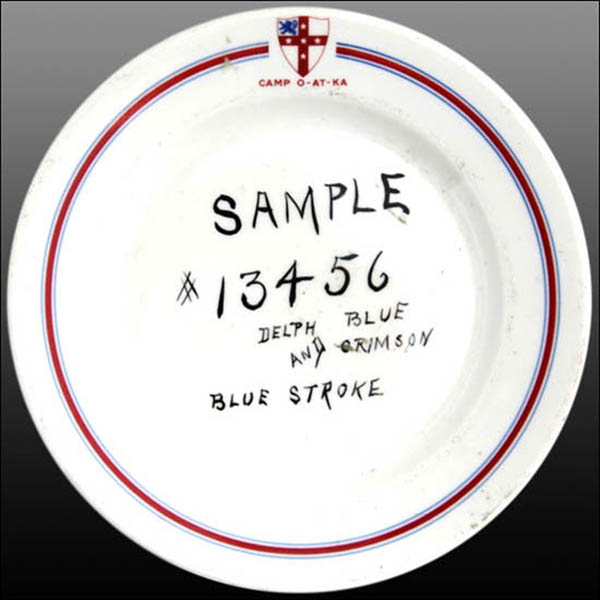 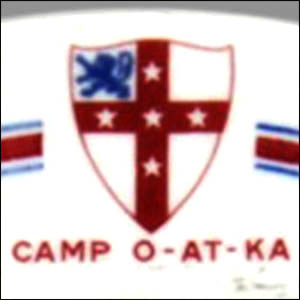 Notes: From the camp's website, Camp O-AT-KA opened in 1906 on Sebago Lake in southern Maine as a non-profit boys' summer camp (using a rented site and canvas tents). The Rev. Ernest Joseph Dennen, an Episcopal minister from Lynn, Mass., was its founder. In 1907, the original bungalow was constructed, "and by 1930 the Great Hall, Commons, and the rest of the camp were built."

The camp continues to operate (2015) with groups of 150 8- to 16-year-old campers. The shield crest, used on the china service, is still the camp's crest.

Crested with a white shield divided into four parts by a crimson red cross containing four white stars. A Delph blue winged griffon is in the upper left section of the shield. Camp O-AT-KA is in red letters below the shield. A mid-rim crimson line flanked by blue pin lines flanks the crest. This pattern is production #13456, according to the label on the sample plate, whose image was provided courtesy of Fishs Eddy.