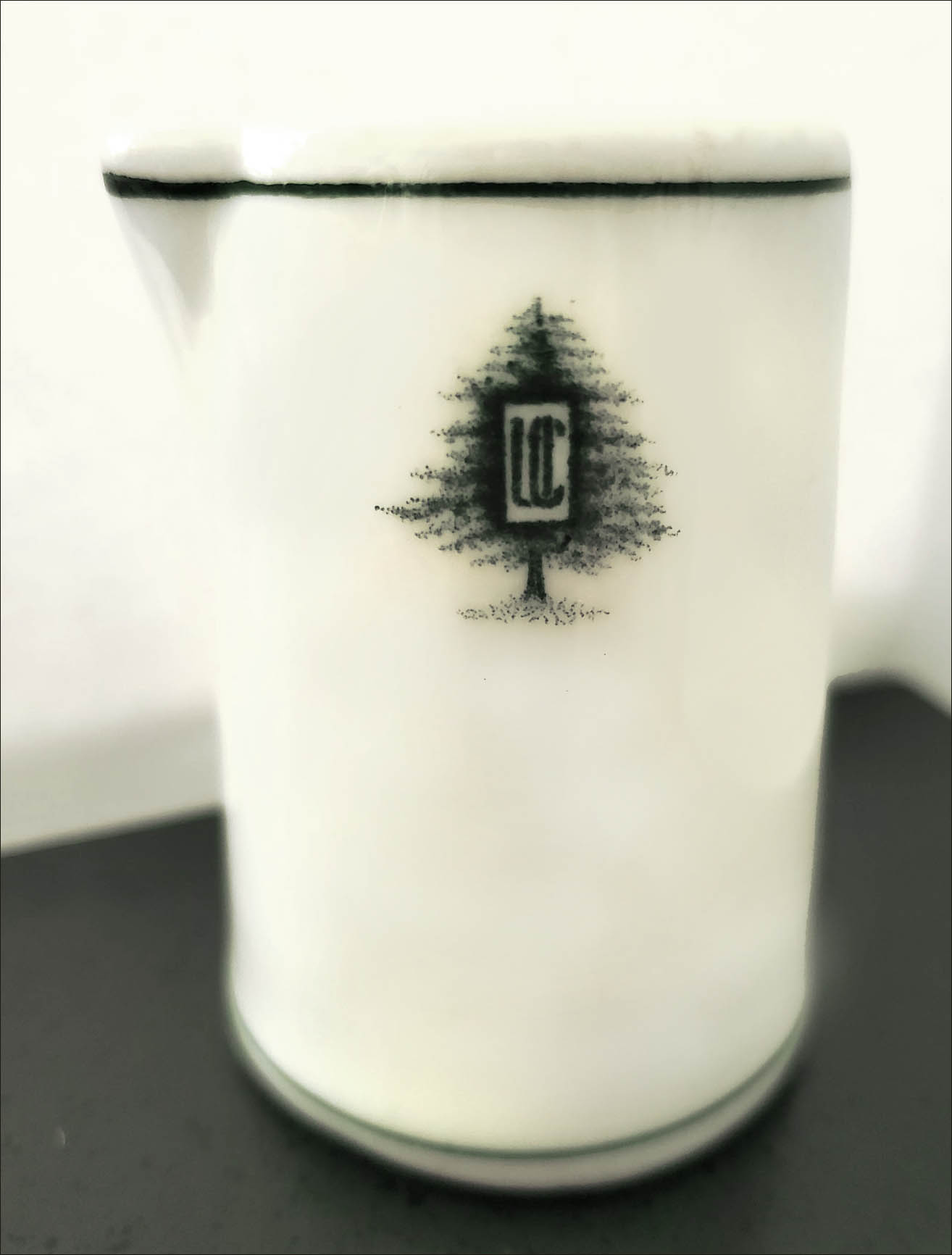 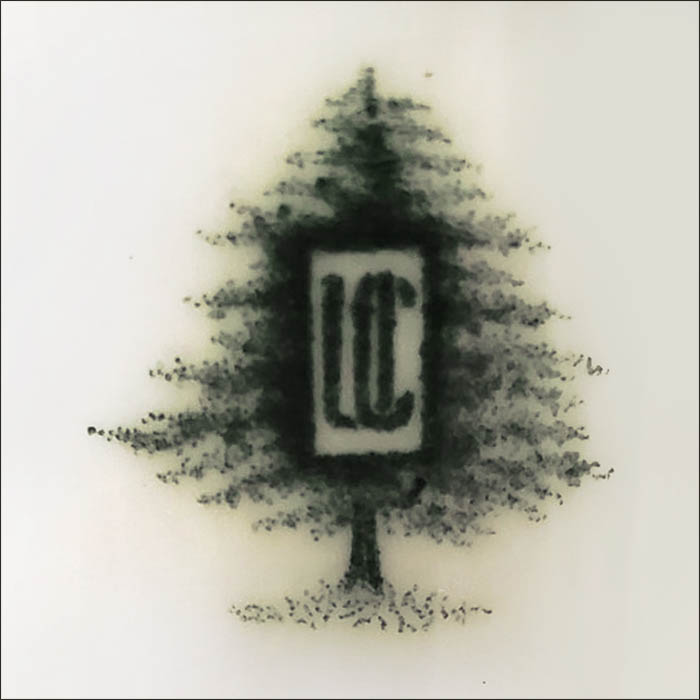 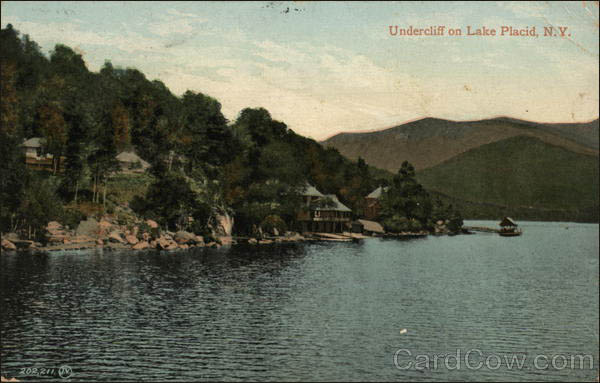 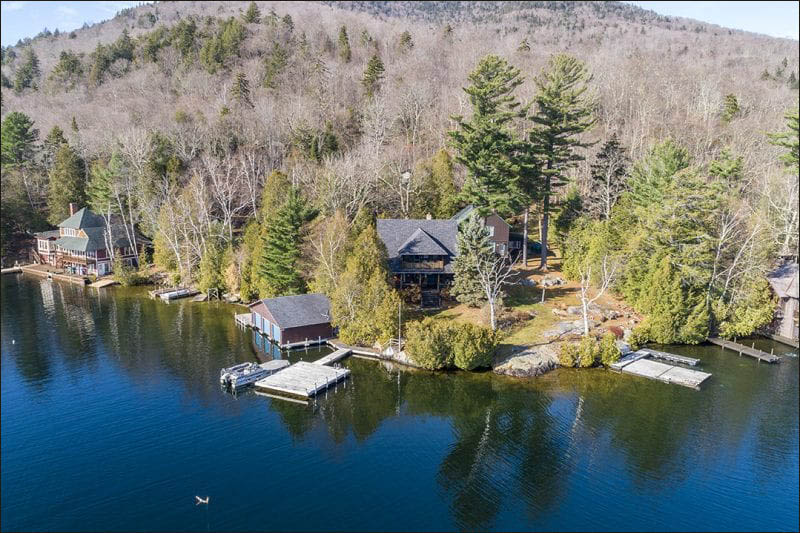 Notes: Camp Undercliff in Lake Placid, New York, was opened in 1880 as a private camp only accessible by boat. At some point it was owned by the New York Central Railroad and from 1939 to 1963, it was operated as a children's music camp. Afterwards it was in private hands, and was open to public rentals. Recently it was sold by the Birkshire Hathaway realty firm for $1.7 million. Click here for a YouTube video from November 2020, related to its recent sale.

White body creamer with a thin green line around the top and bottom. On the side of the creamer near the top is the camp's logo consisting of a single green fir tree with a rectangular monogram in the center containing the overlapping letters "UC."