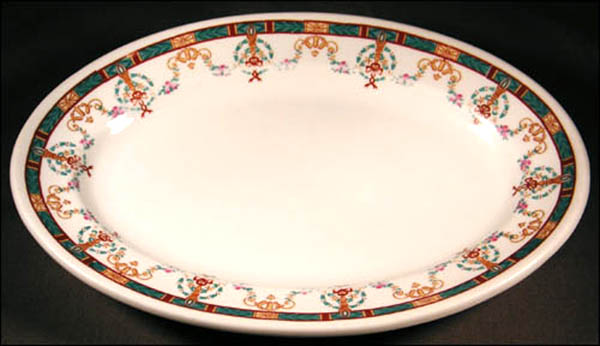 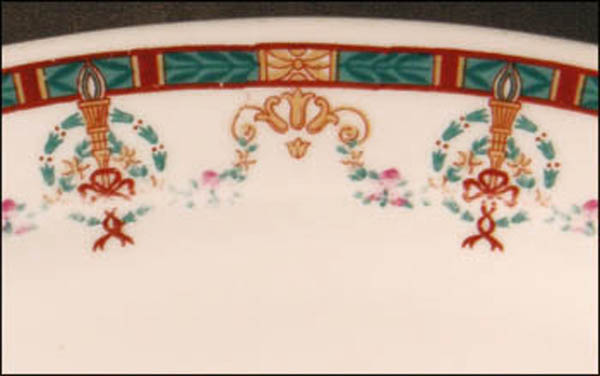 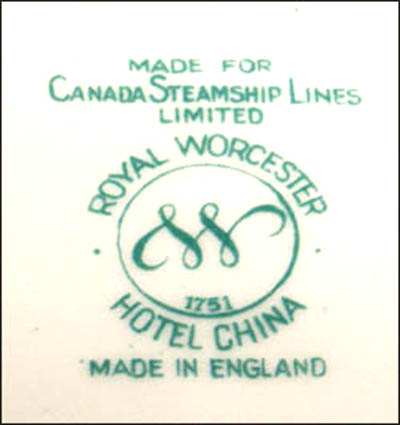 Notes: Canada Steamship Lines was formed June 17, 1913 with the merger of 11 inland shipping companies. The heyday of their passenger service was during the 1920s and 1930s. In 1965, passenger service ended. The company operates today (2015) as a freight line.

This Saguenay pattern was used aboard the company's passenger vessels until stocks were depleted during World War II. The last order was placed in 1940.

The platter has an overglaze decal with a green and rust panel border with torches and swags containing pink flowers.