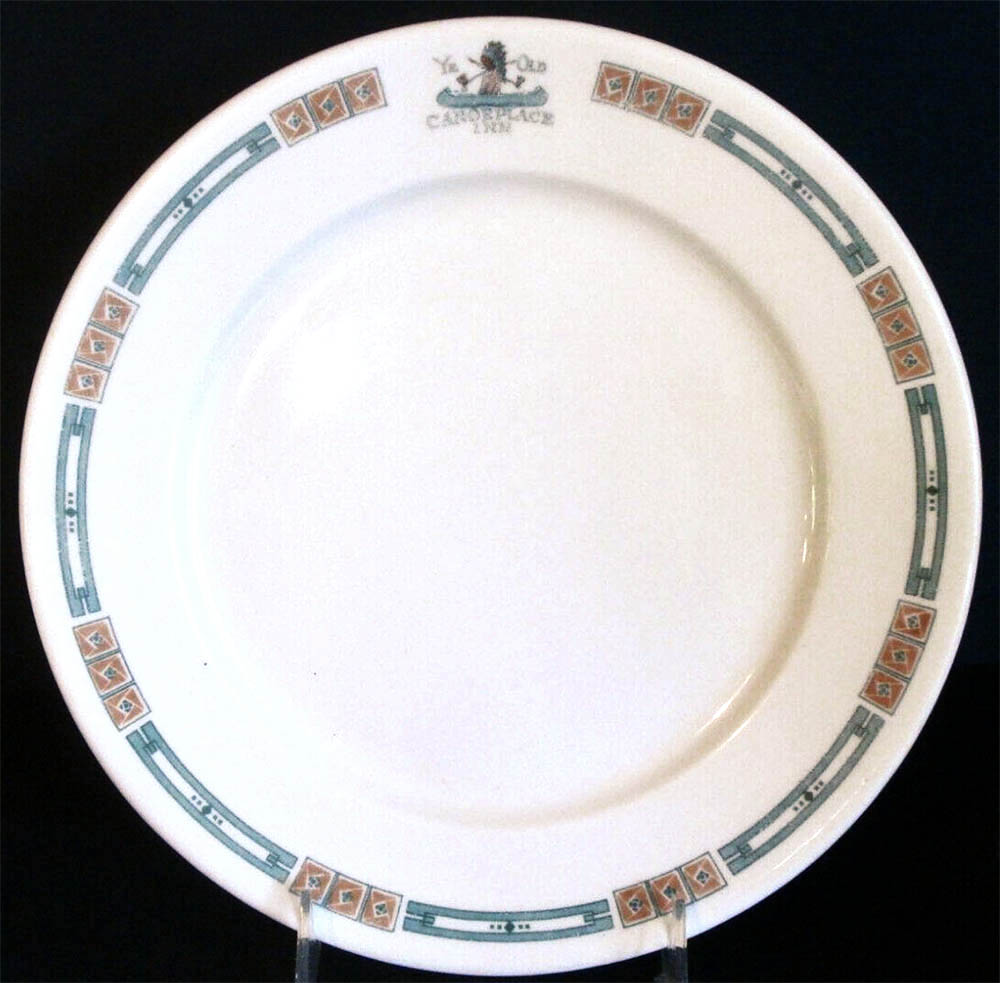 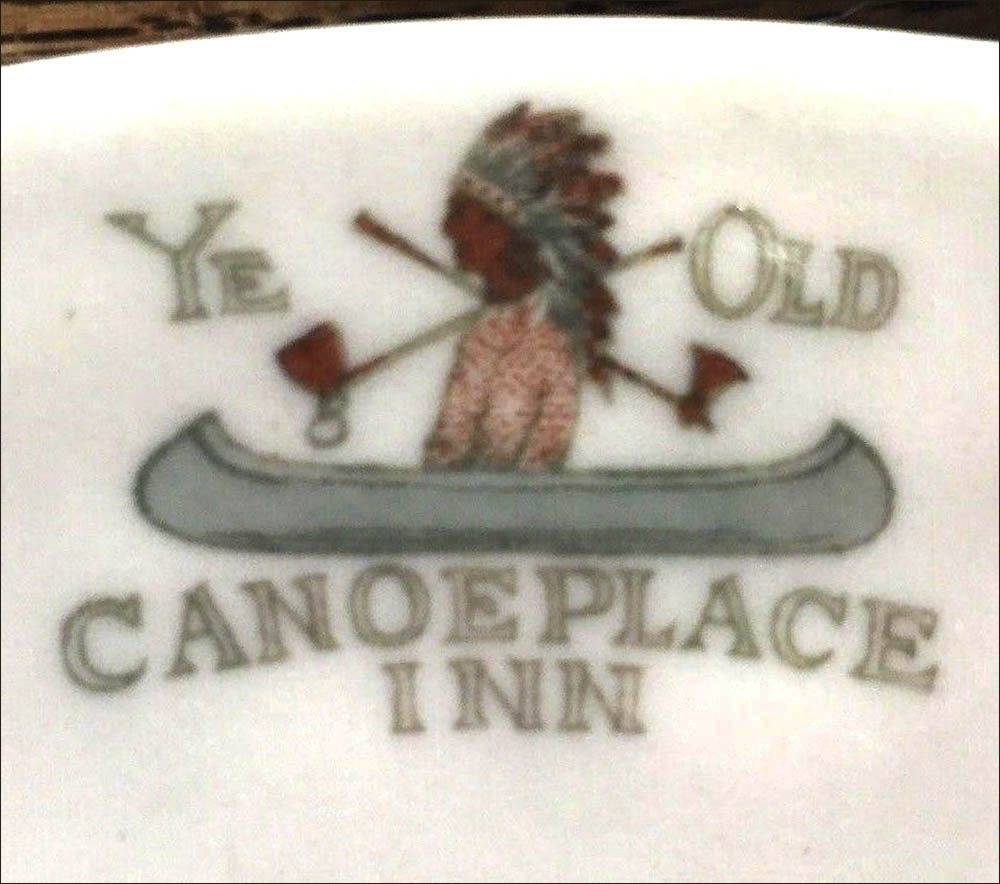 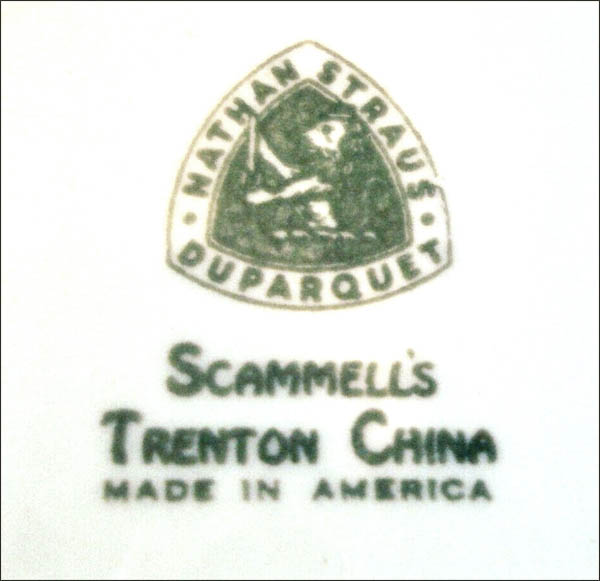 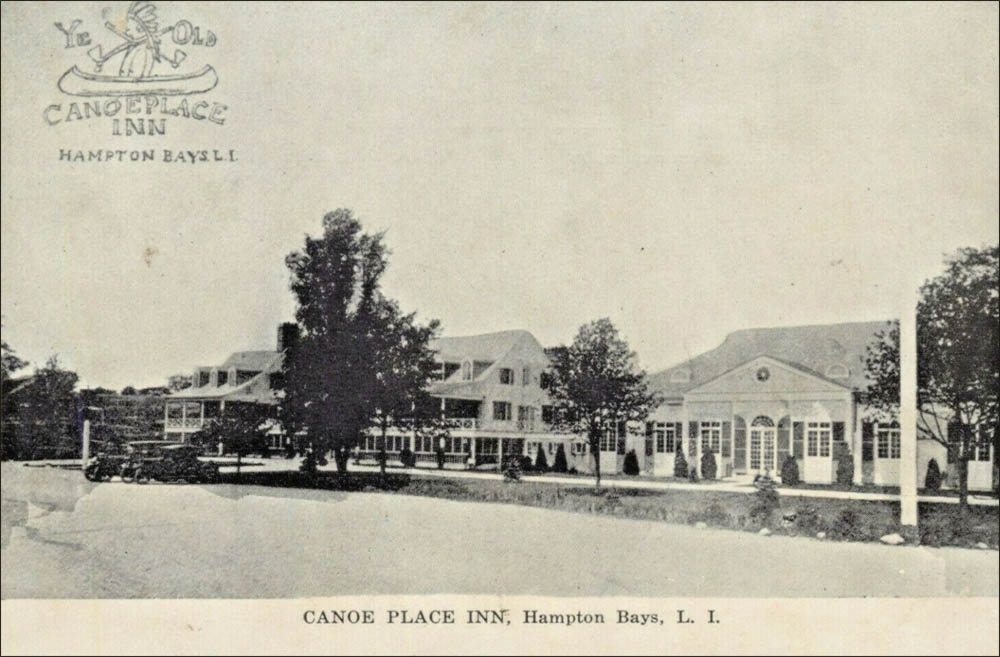 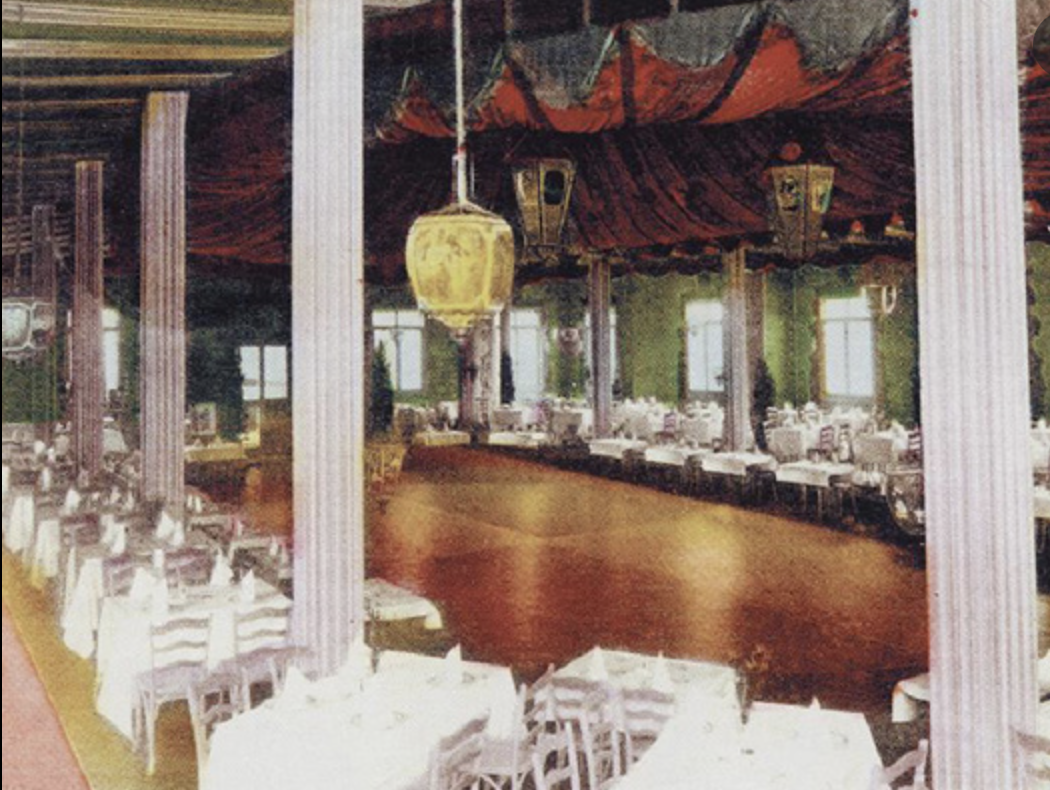 Notes:  The Canoe Place Inn, located at Hampton Bays, Long Island, New York, was constructed in 1923, on the site of a former Canoe Place Inn that burned down in 1921. It is a 2 1/2-story structure designed to look like it is several adjoining buildings. A dance pavilion was added in the late 1940s.

Canoe Place Inn later became a nightclub that operated until around 2010. Plans to demolish it were blocked by community leaders and preservationists. As of 2021, it was undergoing restoration, with plans to reopen in 2022.

Scammell produced the inn's crested Trenton China. The crest contains a profile view of a Native American in a canoe. The decal border is #5040 Indian Border, shown in the Maddock pattern sample book. Some pieces, made after 1936, were distributed by Nathan Straus Duparquet.