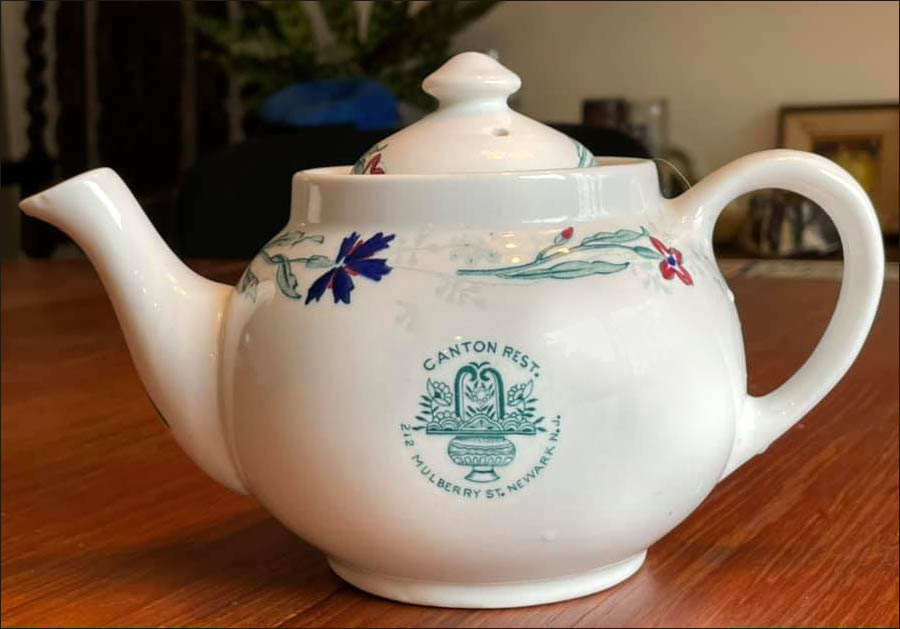 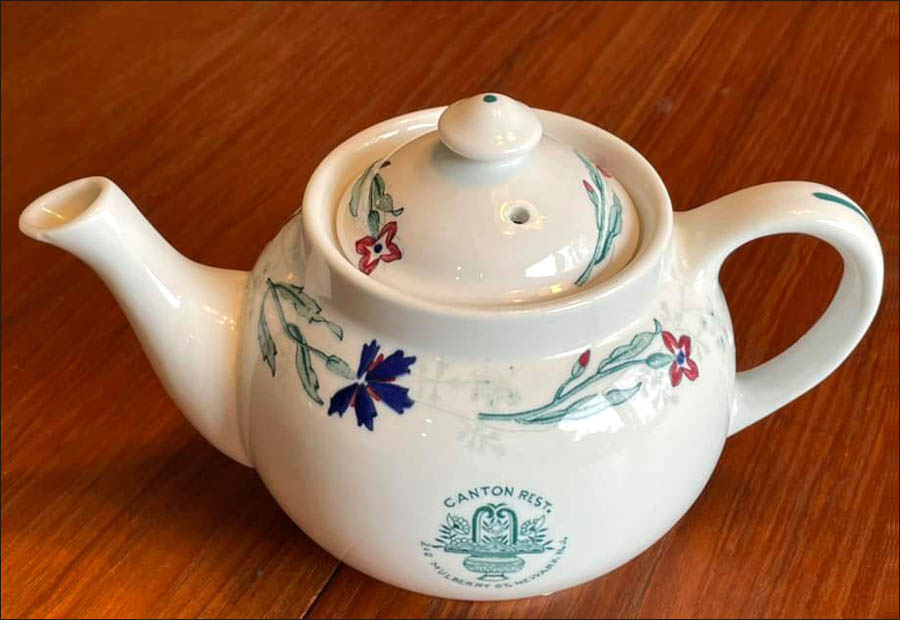 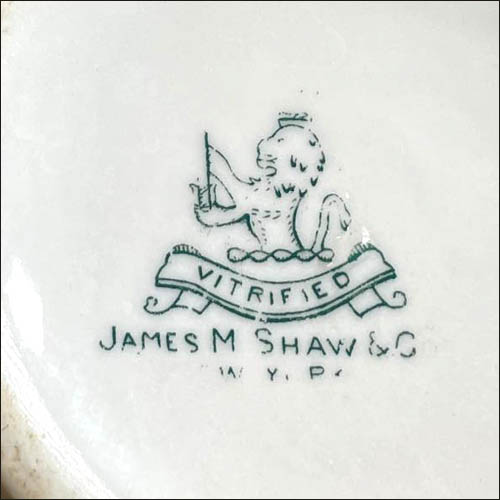 Notes: It is not known when the Canton Restaurant opened or closed, but that it was located at 212 Mulberry Street in Newark, New Jersey. According to an entry on Newark's Chinatown: "At one time the area of Mulberry Street between Franklin Street and the Central railroad tracks (now the Prudential Arena) was known as Newark's Chinatown." The post shows this teapot and a matchbook and indicates the location was "in the heart of the former Chinatown." The restaurant's footprint now (2021) appears to be a parking lot.

White body teapot with the logo of the restaurant on the side of the teapot, which consists of an Asian-designed flower arrangement encircled by the words "Canton Rest." over the top and the address of the restaurant below. Above the logo, near the top of the teapot there is a border of flowers lying on their sides. The lid of the teapot has three smaller versions the of the flowers on the border with a green dot on the very top of the lid. There is also a green line accenting the teapot's handle.