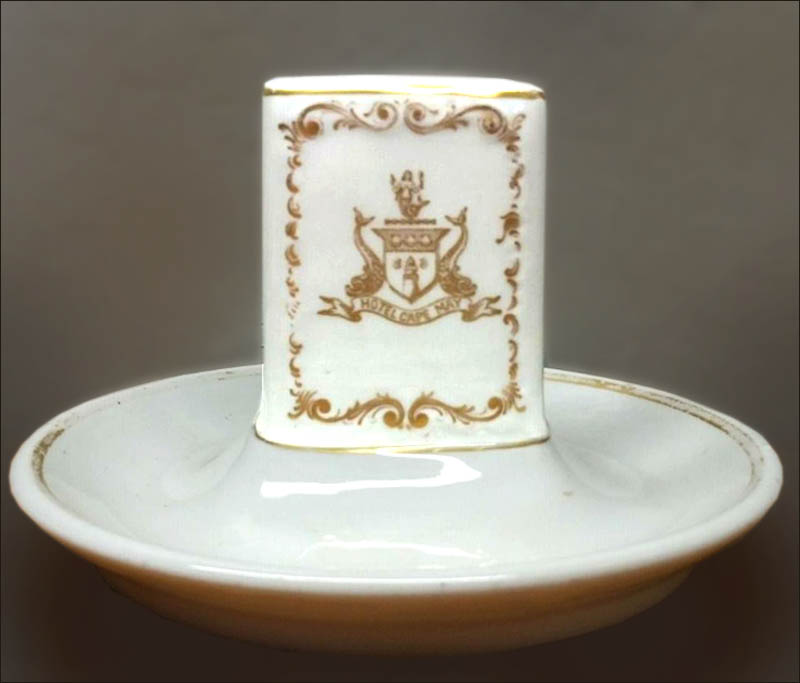 This matchstand was likely manufactured by Maddock Pottery 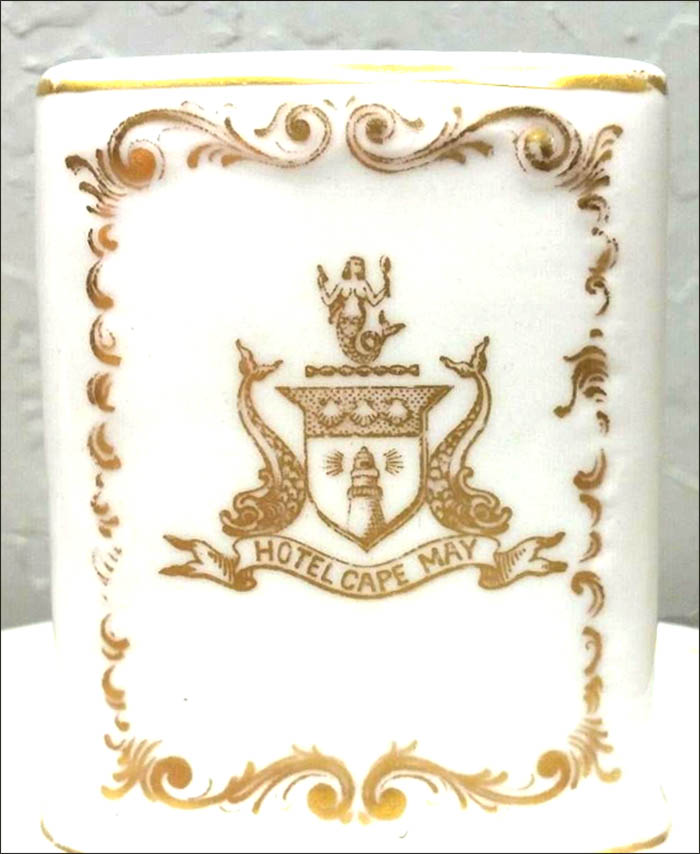 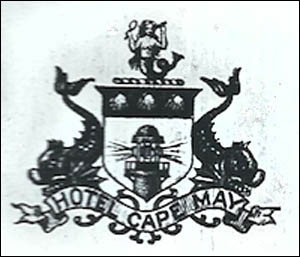 Detail of the pattern by Syracuse China 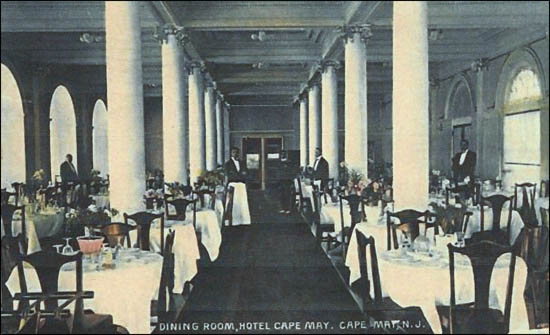 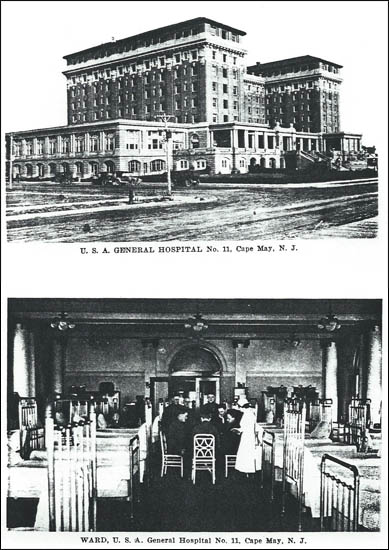 In the real estate business, it is all about location, and this was a drawback for the Hotel Cape May. The location, facing the beach was fine, but to partake of any activities in the center of downtown Cape May or to use the train station, you would need to travel about a mile. A few of the surrounding summer mansions were built, but this summer hotel never really caught on with vacationers.

In February 1918, during WWI, the hotel was taken over by the U.S. Army and converted to Army Hospital #11, for use by wounded troops returning from the battlefields in Europe. At the time the hotel was acquired by the Army an inventory of every item in the facility was taken. The list of china on this inventory gives a good idea of the amount of china needed in a hotel this size. The inventory lists the amount of each item as well as its value and a total value for each.

In addition to the above inventory, there is another page with soup plates, platters, vegetable dishes, bullion cups, large and small plates listed, but the copy is illegible. In some cases, these items number more than 200 pieces. The duplication of items listed, indicates that the same item was found in different locations throughout the hotel when the inventory was taken. The 4,550 pieces in the military inventory of china represented a total value of $2,587.47 at that time.

The Army inspector's report on the condition of the Hotel Cape May when it was taken over mentions, among other things, "almost uninhabitable." "Hotel kitchen equipment had been left without cleaning after last meal served 2 years before (1916). Refrigerators contained remnants of decayed meats, etc." For this the Government paid $ 8,250.00 per month in rent.

Syracuse – detail photo only
White body with band border, topmarked in coin gold with a two-part shield, featuring the top of a lighthouse and three shells above it. The shield is flanked by sea creatures and a mermaid on a torse ribbon bar sits atop the shield. Banner curved below with "Hotel Cape May."

Maddock – matchstand
The Maddock Pottery Co. also produced this pattern. In the photos slideshow above, we've added a handsome matchstand with the Wanamaker backstamp as a complete image of the hotel's china that is unmarked as to manufacturer. However, we asked Larry Paul's opinion and he took the time to examine the pattern and shape detail-by-detail, and it's fascinating to see what he sees that the rest of us might miss:

"Based on three clues, I think the match holder/ashtray is a Maddock product rather than Syracuse.

Wanamaker was a supplier of both Maddock and Syracuse, so that is not of any help with identity. I wonder if Wanamaker split the original Hotel Cape May order between Syracuse and Maddock? Because it was a summer operation only open about 6 weeks per year, and it was closed for a number of years, I don't think there would have been enough breakage to have ever required a china reorder."