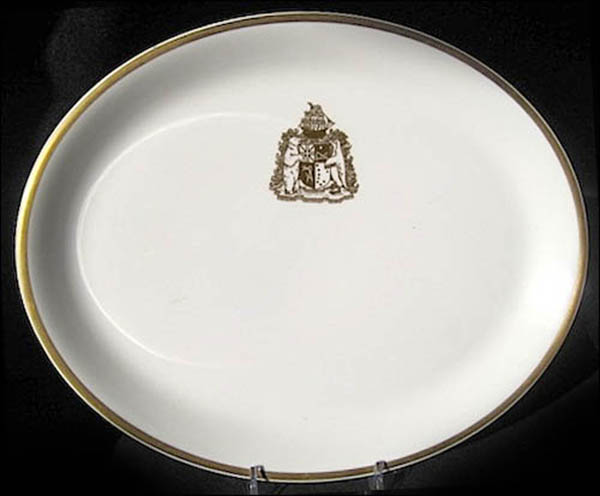 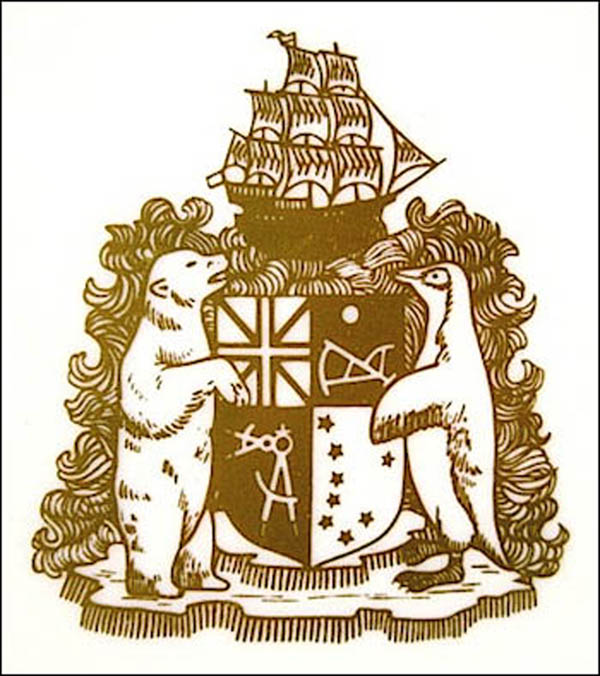 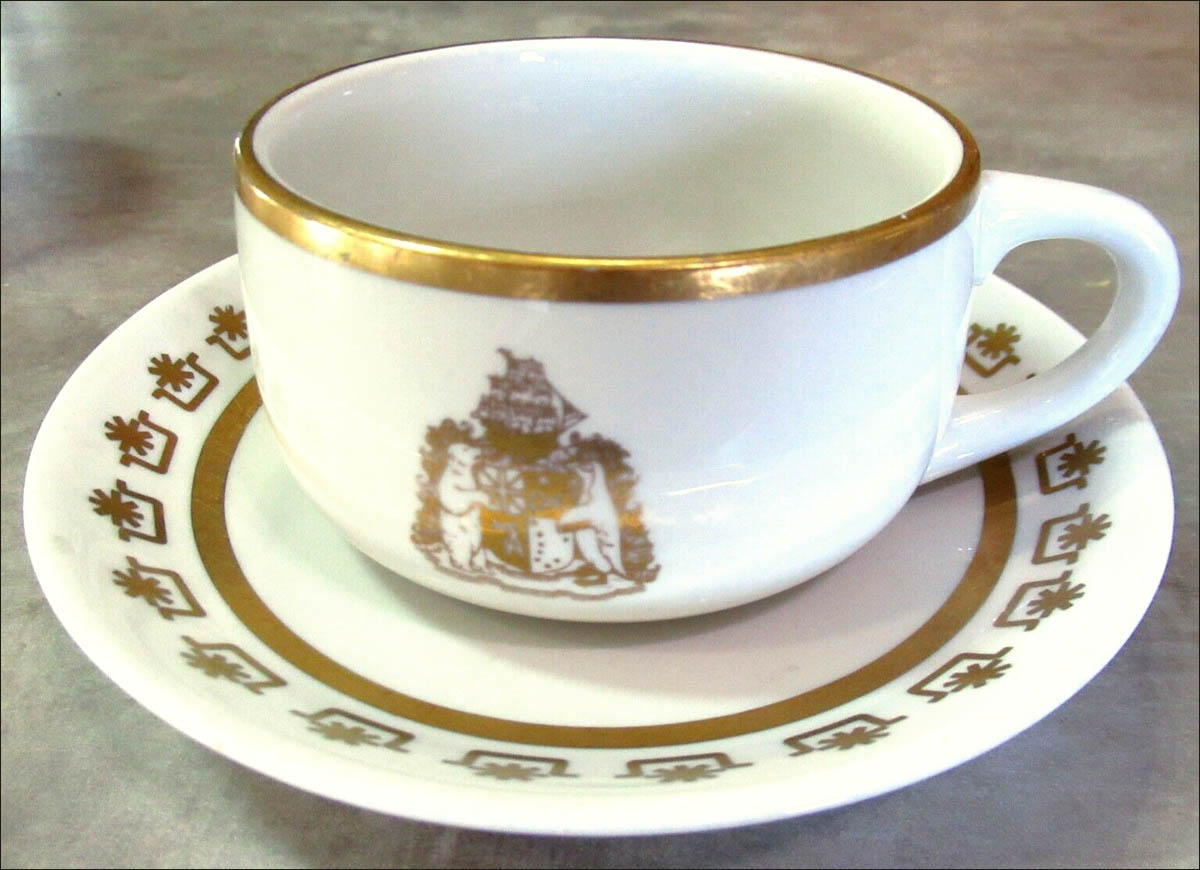 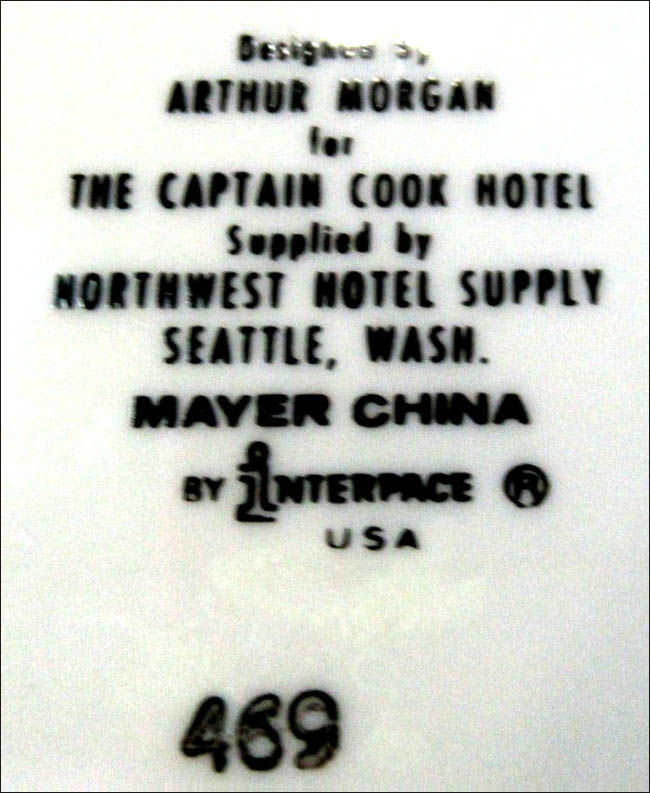 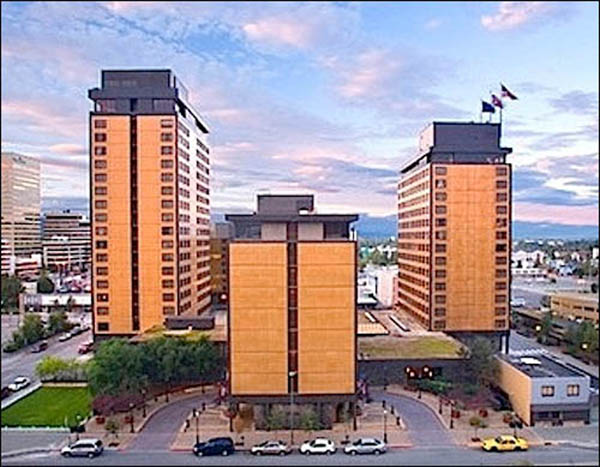 Notes: Hotel website: https://captaincook.com. The nine-story, 150-room Hotel Captain Cook is located on 4th Avenue and I Street in Anchorage, Alaska. The hotel opened on June 1, 1965, and was a Hickel Hotel. It features the Crow's Nest, a restaurant and cocktail lounge located on the top floor when the platter was made, but now (2013) "perched atop Tower 3."

According to the hotel's website, "The Hotel has prospered and expanded with the times: The first Tower opened in 1965, followed by Tower II in 1972 and Tower III in 1978. Today, the 547-room hotel plays host to dignitaries, celebrities and people from all walks who love the grandeur of Alaska."

The line on the platter's rim and the logo are both executed in coin gold. The logo is made up of a shield with four quadrants, with a polar bear on the left and a penguin on the right, and a sailing ship floats above the shield.

The cup and saucer were manufactured in 1969 and 1970. The design on the saucer includes an additional snowflake design.