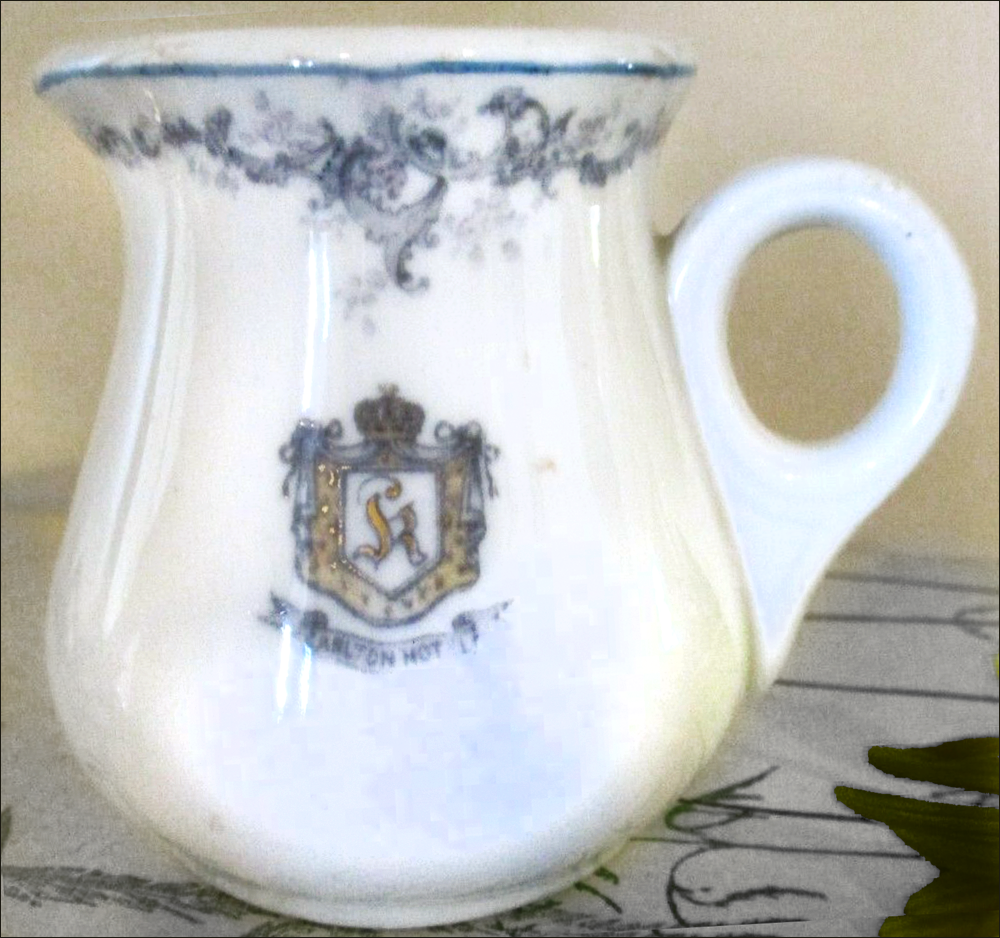 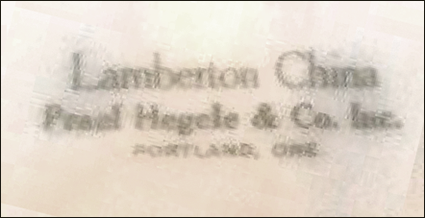 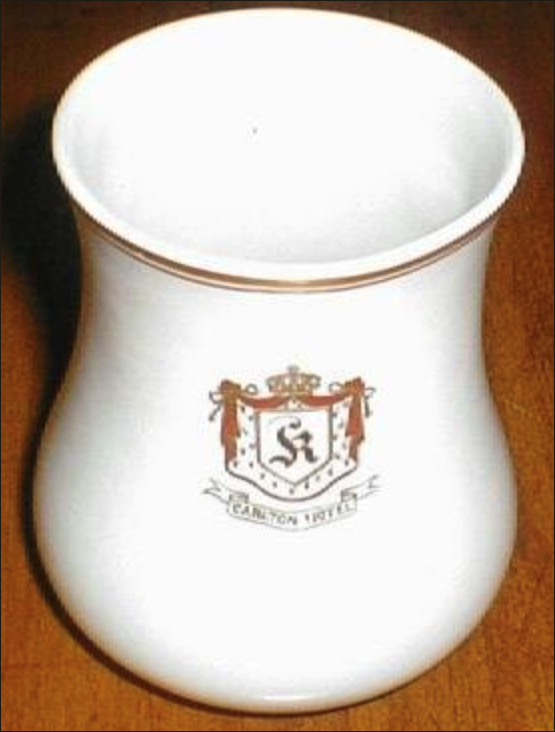 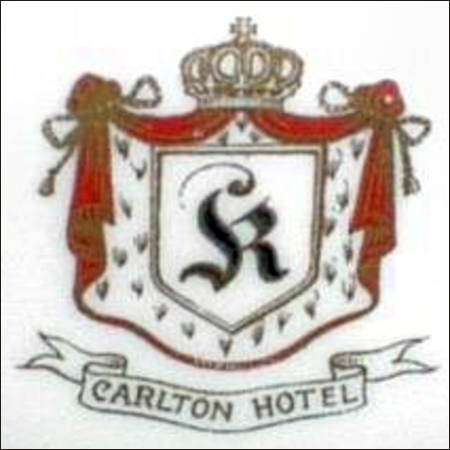 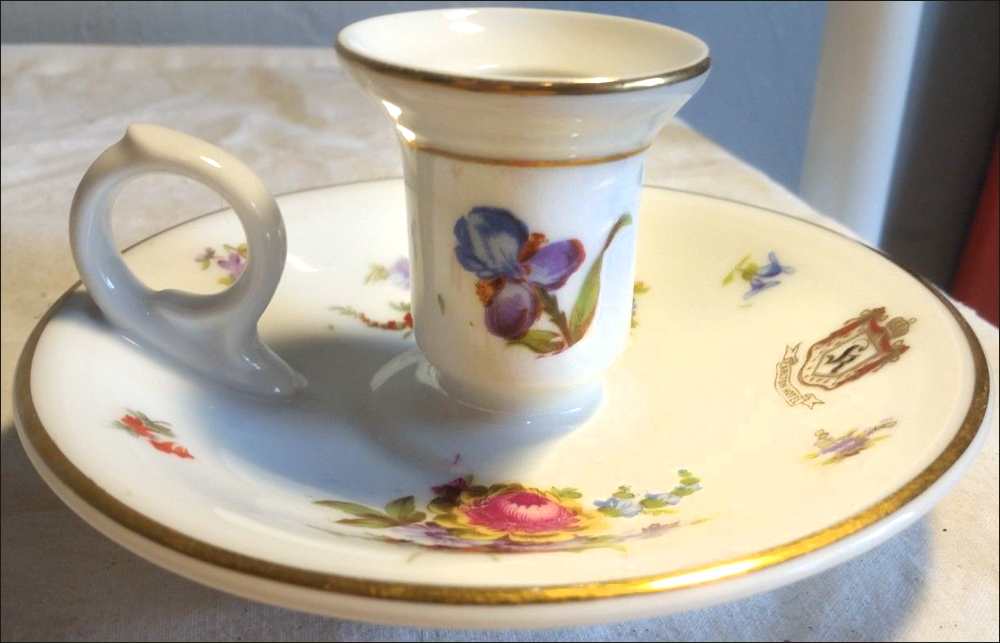 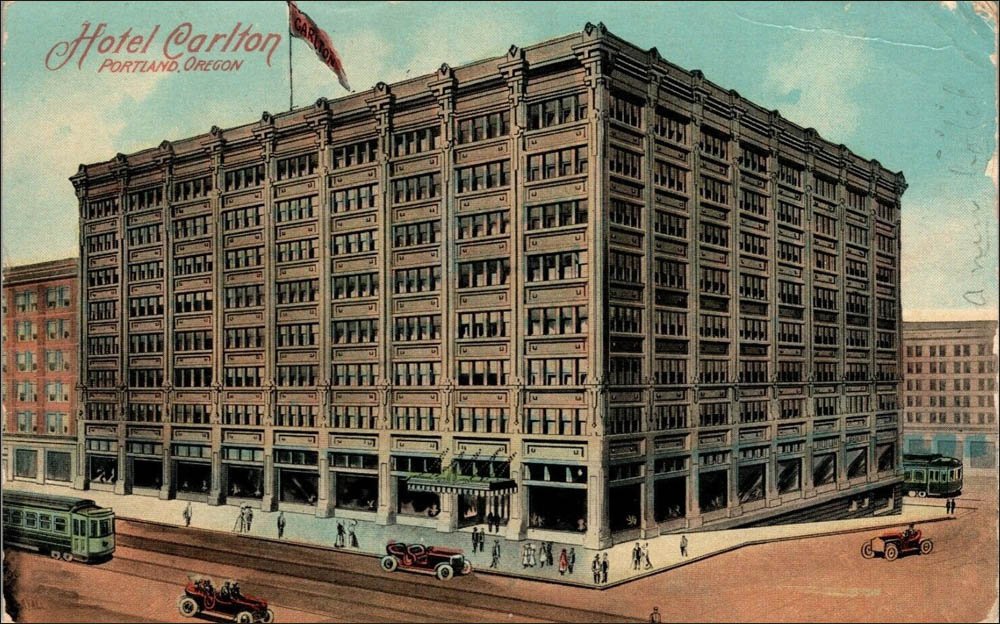 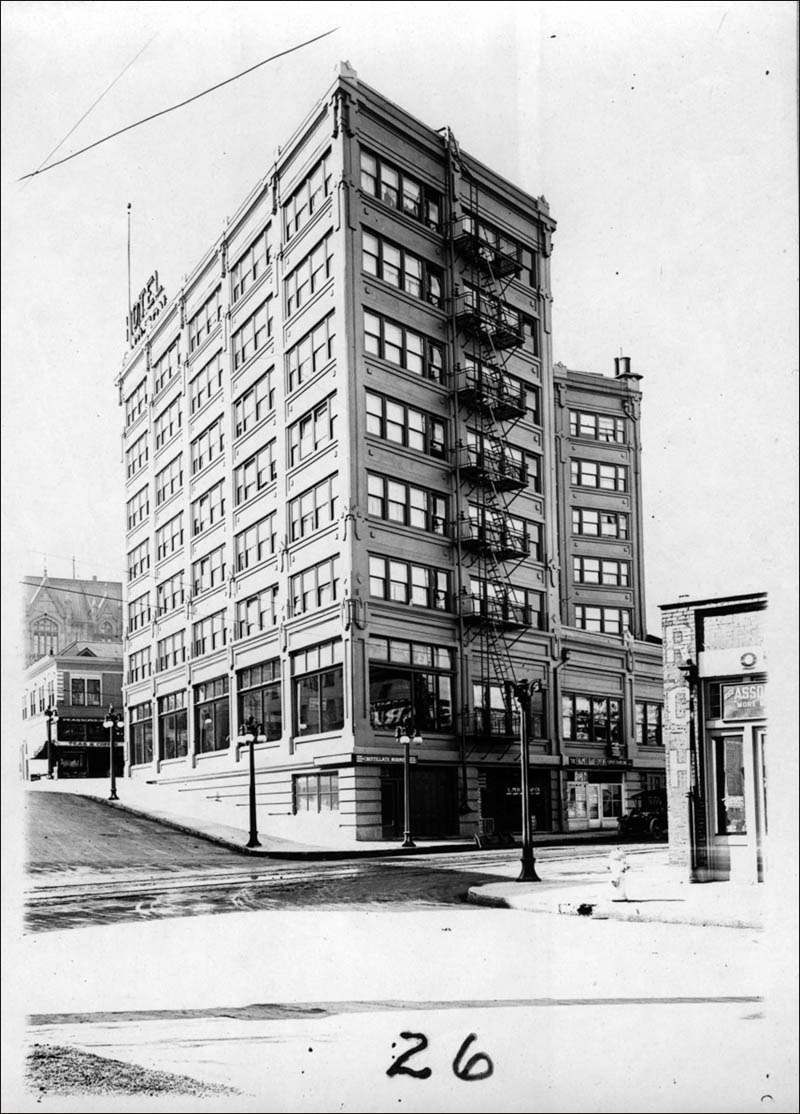 Notes:  When the Carlton Hotel on 14th, Washington and Burnside streets in Portland, Oregon, opened in May 1911, it contained about 138 rooms with 69 private baths. Because of the slope of the site, the hotel had seven stories on the Washington façade and eight stories on the Burnside façade.

According to a newspaper article in The Oregonian on May 7, 1911, just prior to the hotel's opening, the Haviland Company of Limoges France was fabricating the china service. This china service was to be supplied through I. Gevurtz & Sons, a Portland furniture store. The decoration and crest on this china was not described.

Maddock Pottery made at least two Lamberton patterns for the Carlton that were supplied by Prael, Hegele & Co., of Portland. One of these patterns has a decal border that was created for the Carlton and is shown in the Maddock pattern sample book as #7005 and 7006 "Carlton Border." The crest on both of the patterns is a shield containing a fancy "K" with open draped fabric in the background, and a crown on top. "CARLTON HOTEL" is in a banner below.

The bedroom china is crested in red, black and coin gold. Candle stands are decorated with floral sprays in addition to the crest, while the toothbrush vase contains only the crest.