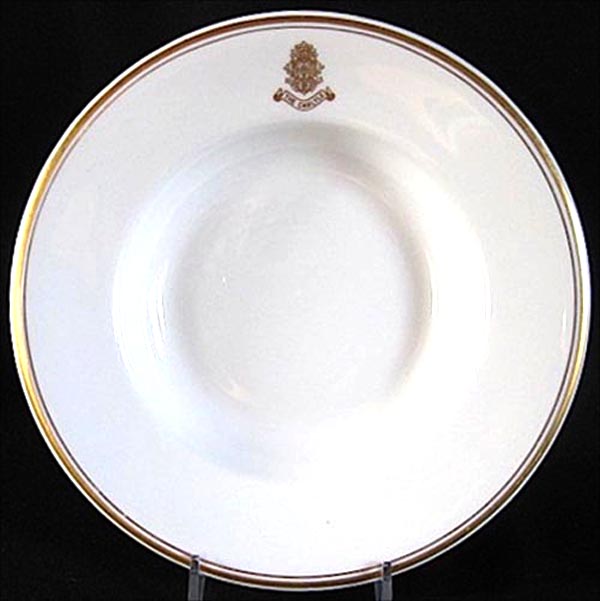 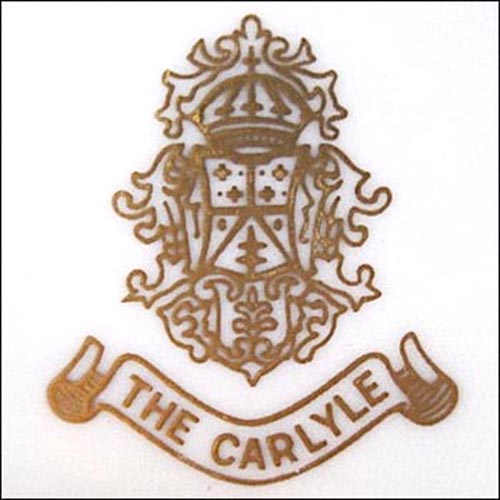 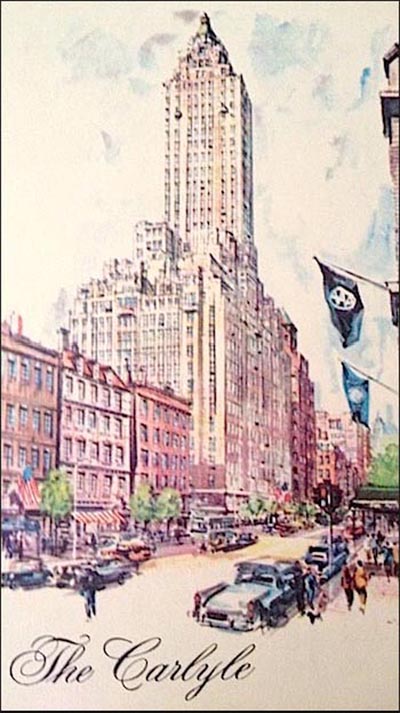 Notes: Designed by Bien & Prince and built by Moses Ginsberg, the 38-story, 500-room Carlyle Hotel is located at 35 East 76th St., in New York City. According to Emporis.com, construction began in 1930 and ended in 1931. It originally opened as a residential hotel, with apartments costing up to $20,000 per year.

Rosewood Hotels & Resorts have owned The Carlyle since 2001. It is now a co-op with 180 rooms and suites and 60 privately-owned homes.

The white soup bowl has a gold band and line on the rim. The logo has a shield, scrolls and crescents, all in gold, and there is a gold crown above and banner below in gold, with The Carlyle.