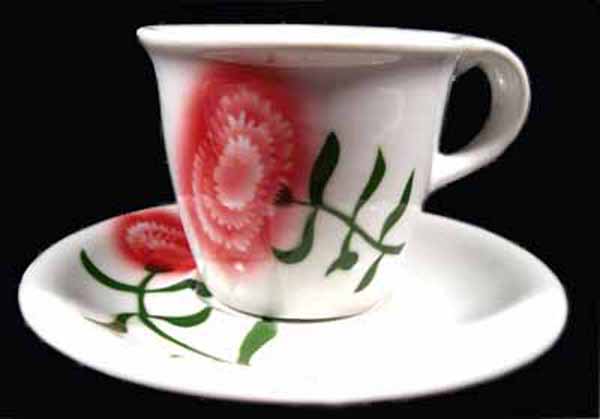 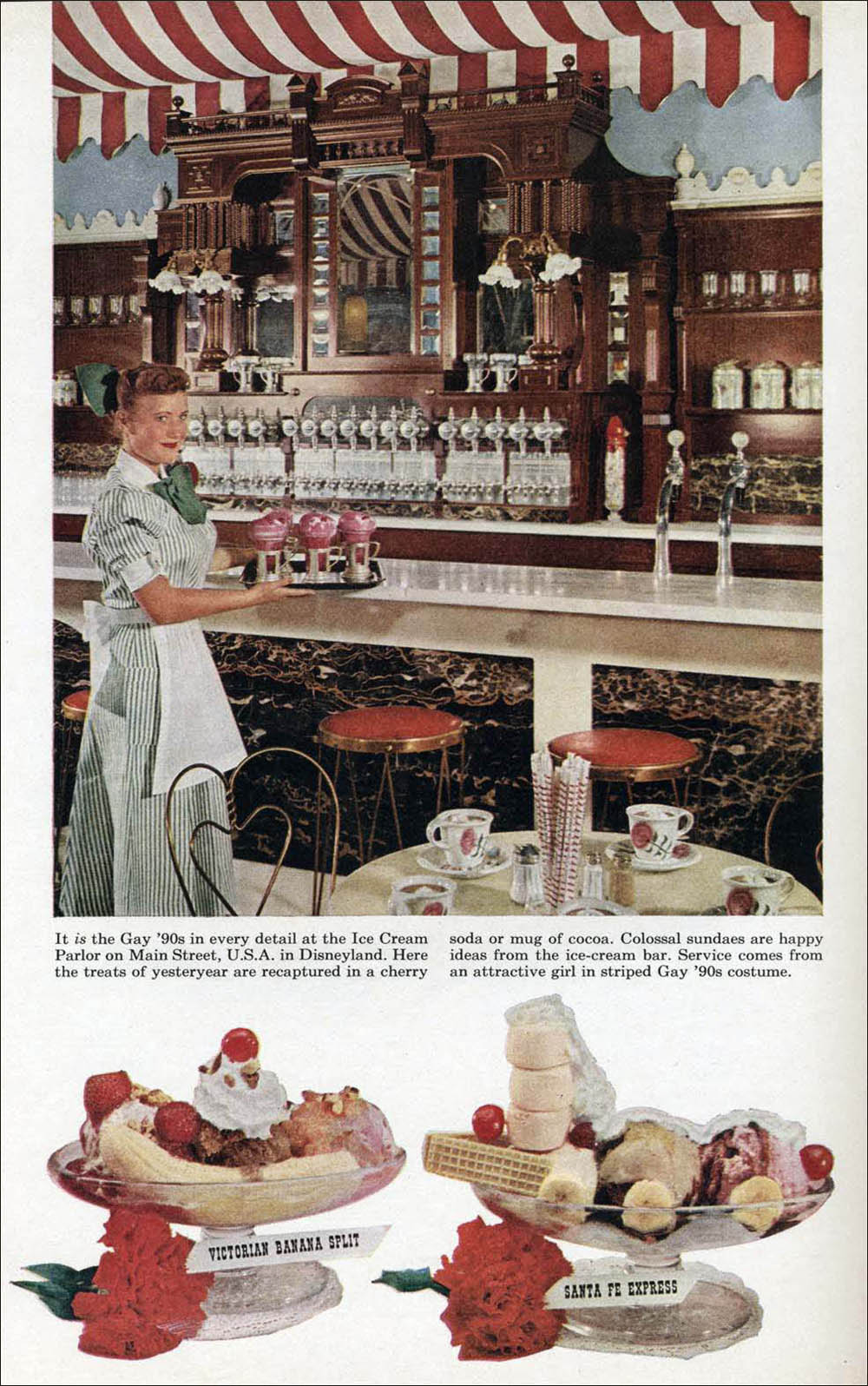 Ad showing this pattern in use on cups and saucers

Detail of ad that shows the pattern in use 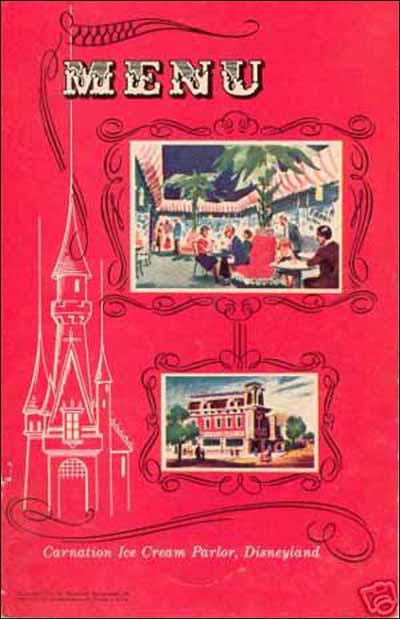 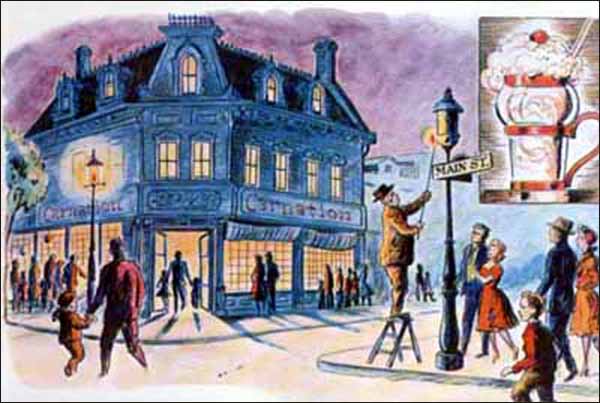 Notes: This carnation pattern was used at Disneyland in Anaheim, CA by the Carnation Ice Cream Parlor on Main Street U.S.A. after it opened in 1955. Shaped designed by Russel Wright, though not backstamped to indicate that. It is not known if it was used at other Carnation locations, but the pattern is shown on page 206 of the 1964 "Better Homes and Gardens Famous Foods from Famous Places, shown above.