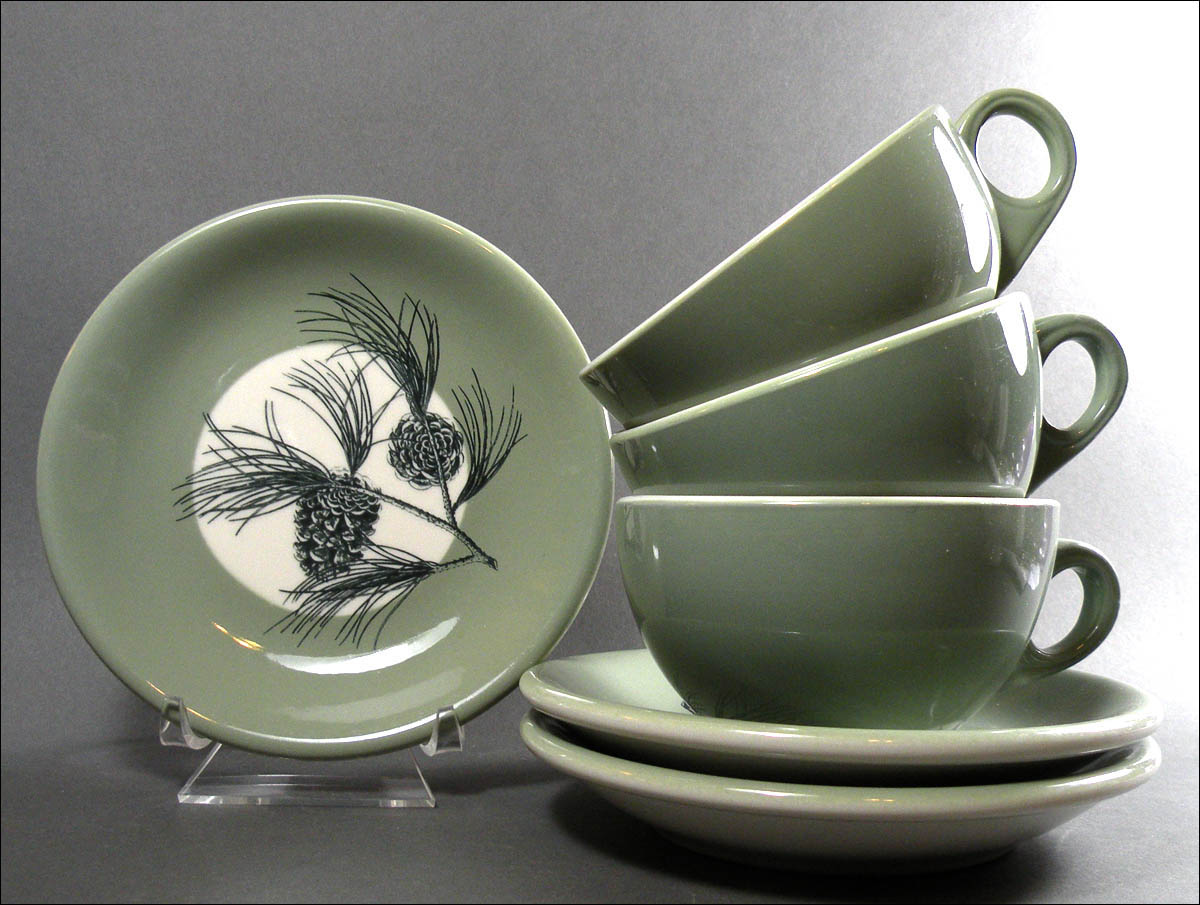 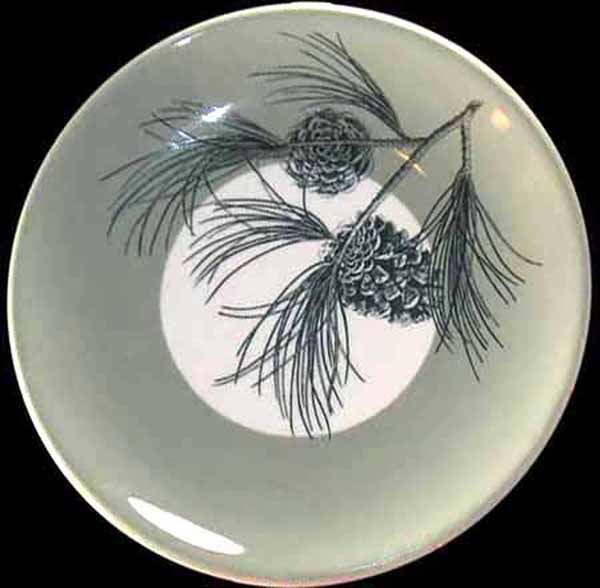 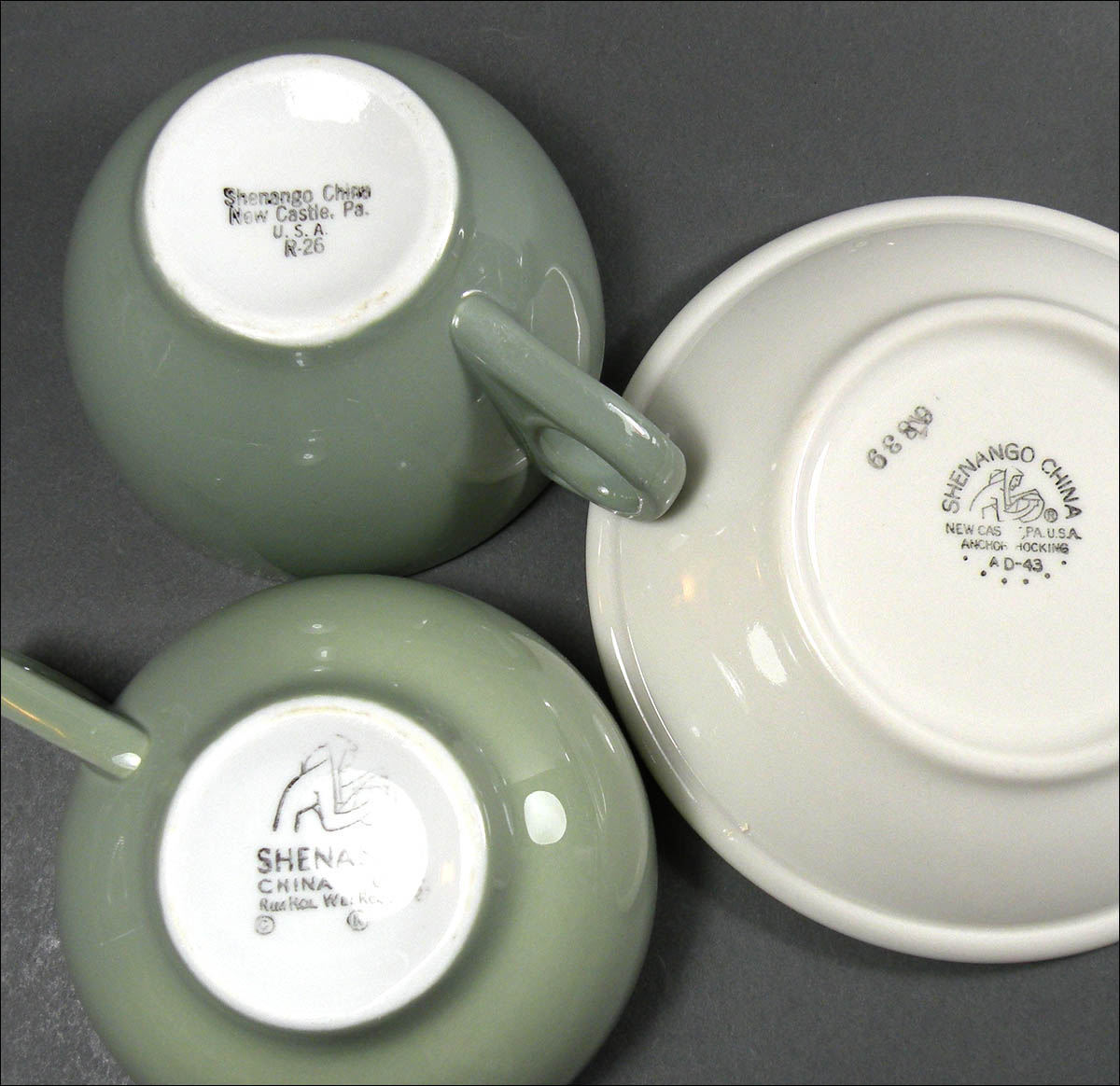 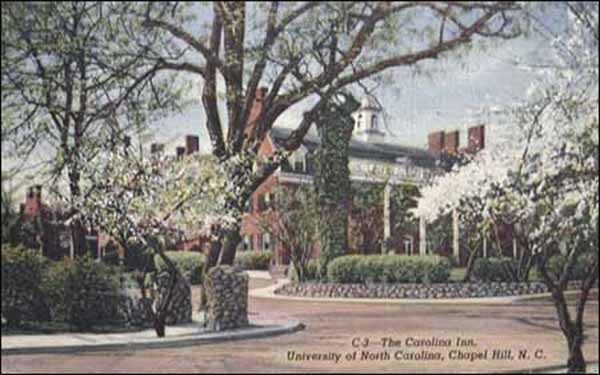 As part of a remodeling of the Inn, new china patterns were ordered from Shenango in 1951 for the Hill Room and the Pine Room. This china was designed by Alma Holland Beers, a UNC botanical illustrator. She was paid for her work with a dinner for two at the Inn.

The pine design was replaced by the Inn in the 1980s with plain white plates because it was decided that food didn't look appetizing on it.

Green or blackish-green pine boughs set again a white circle, intended by Beers to represent a Carolina full moon. Base color is a dull gray-green.