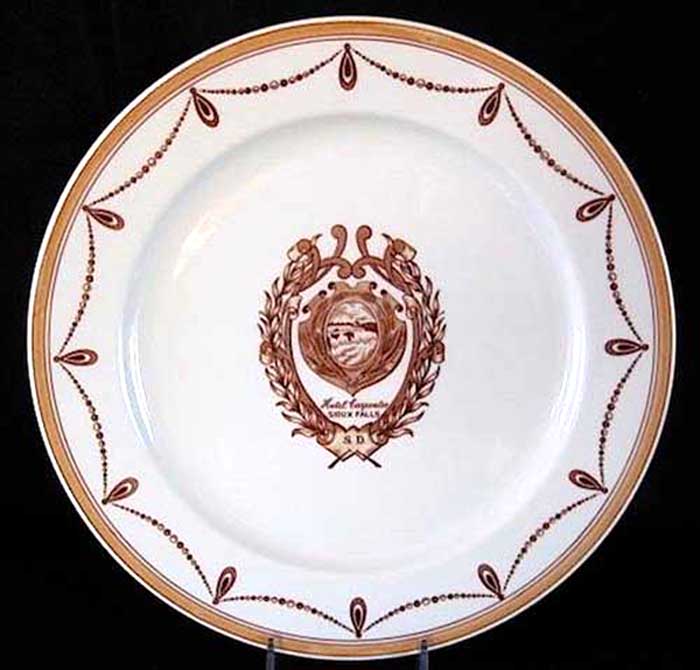 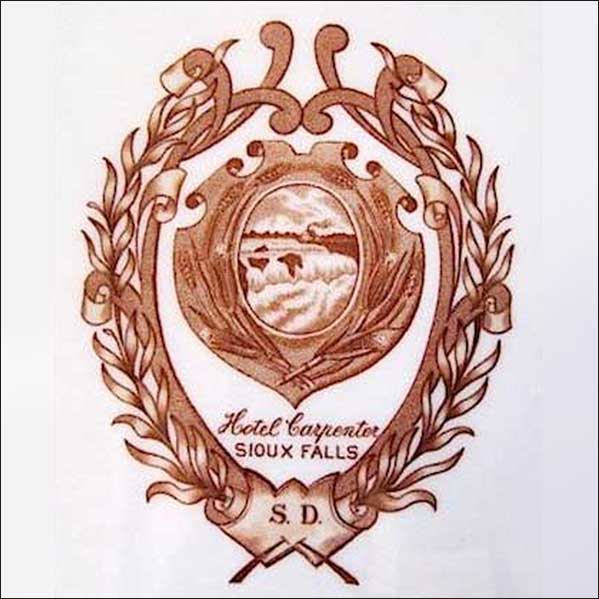 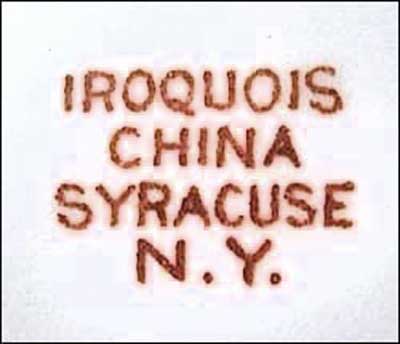 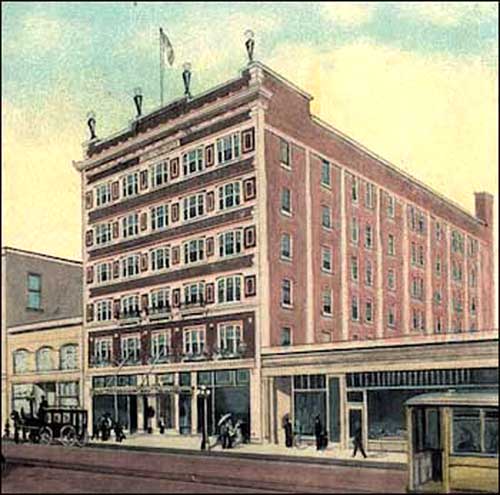 The Carpenter was part of the Eppley chain for many years. By 1957 it became the Sheraton Carpenter Hotel. And according to the book "Sioux Falls," by 1962 it was remodeled to be a tourist-class Sherwyn hotel. The building became a college dormitory in the 1970s and was allowed to fall into disrepair and decay throughout the 1980s and 90s. It was added to the U.S. National Register of Historic Places in 1986.

In 2006, the structure was renovated with apartments on the upper floors and commercial spaces on the ground floor.

The 10.25-inch service plate has a band and lines of light orange on the rim rim with rust beaded swags and pendants. The logo is an oval with waterfall surrounded by wheat tassels, framed with laurel leaves, with Hotel Carpenter Sioux Falls S.D.