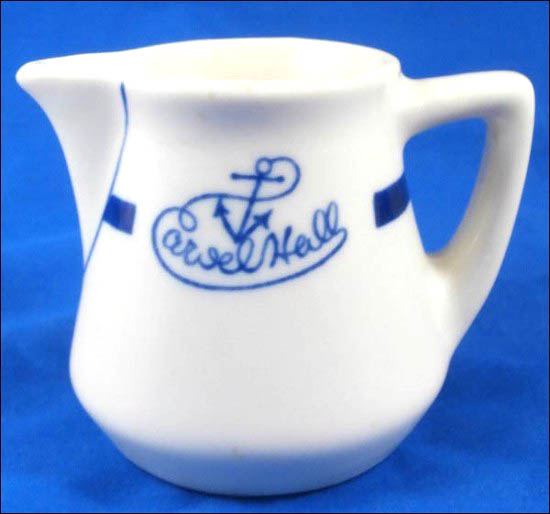 Notes: William Paca, signatory of the Declaration of Independence and three-term governor of Maryland, built the Paca House and Garden circa 1763, in Annapolis, Md. In 1901 the Paca property was bought by William A. Larned, a real estate developer whose son was an architect working on a reconstruction project at the U.S. Naval Academy. The old Paca site was perfectly situated for a new hotel convenient to the expanded and improved Academy. The colonial mansion was named after the title character in an 1899 bestseller about life in the "Golden Age" of Annapolis. Carvel Hall was the largest and most popular lodging, dining, and entertaining site in Annapolis. Navy families made the hotel their June Week graduation headquarters. Carvel Hall closed its doors in 1965, and the site was restored to its original appearance as the William Paca House and Garden over the next decade.

Note: Click here to see this pattern was also made by Carr China in 1948, with the addition under the design of: A Sheraton Hotel (in blue in all caps).