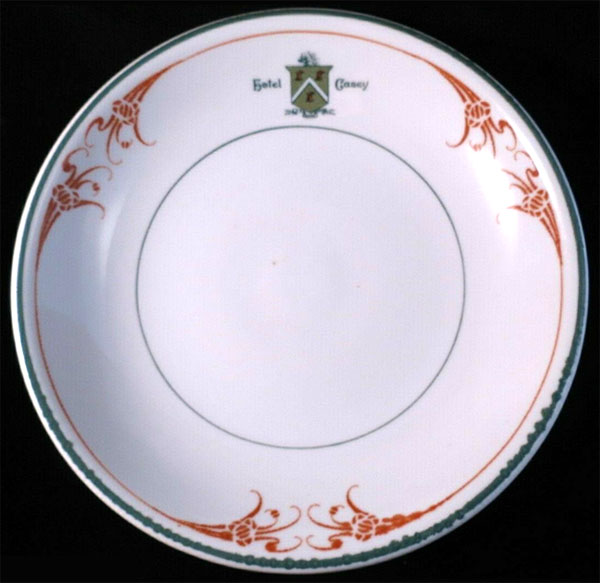 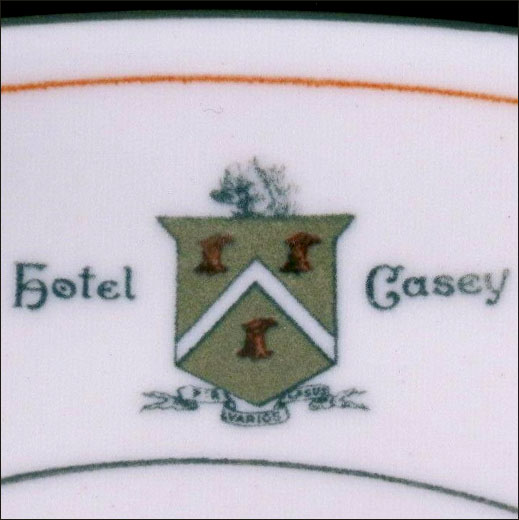 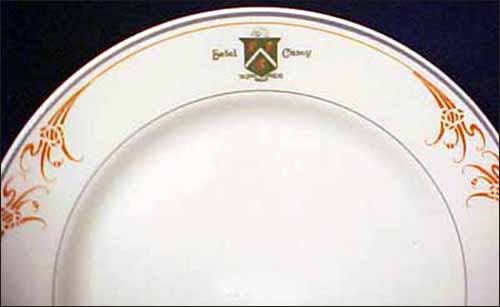 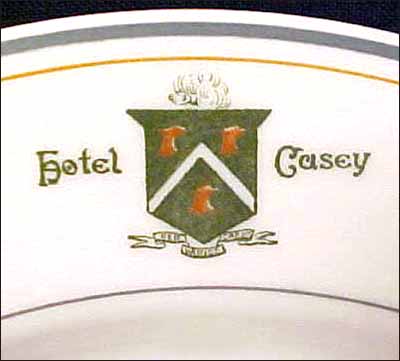 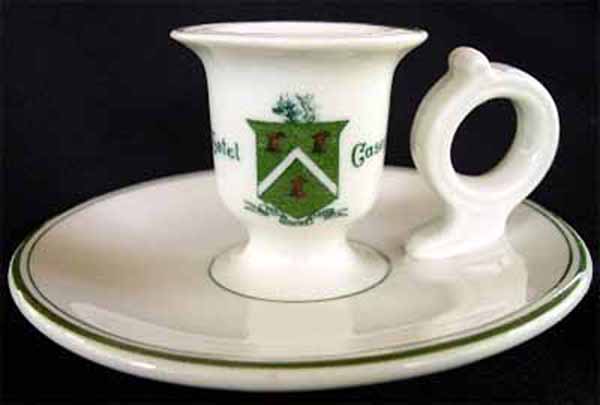 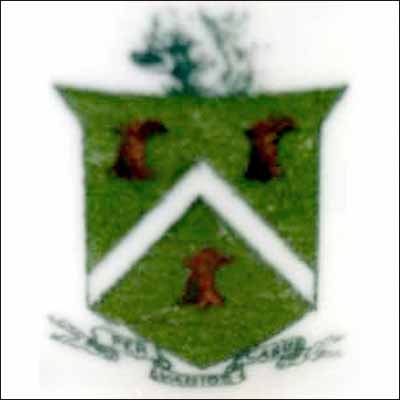 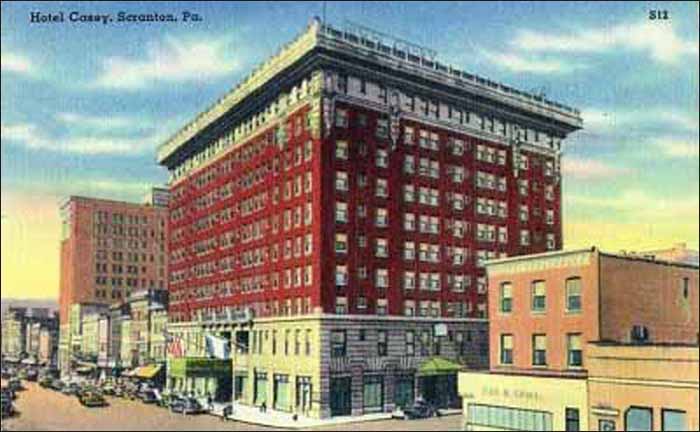 Notes: Construction started in 1909 and opened January 21, 1911 at the corner of Adams and Lackawanna, Scranton, PA. The hotel closed in 1982 and was demolished in 2001. Built by Patrick J. and Andrew J. Casey, this 11-story, 400 room-hotel was considered one of Pennsylvania's leading hotels and close to railroad lines and bus terminals.

From the January 20, 1911 Scranton Times comes this information: The lobby or rotunda is the striking feature that greets the eye on entry to the hotel. It is a big square hall in the Italian Renaissance. The floor is tiled and conspicuous in the tiling, is the crest of the hotel, shaped like a shield with a broad bar running diagonally across and the Latin phrase "Per Varios Casus" (through many vicissitudes) inscribed thereon. This crest is on all the linen, on much of the furniture, on all the stationary, the silver, and in the schemes of decoration in various parts of the hotel. The sidewalls of the lobby are wainscoted in Italian marble to a height of nine feet. Above this is eight feet of oxidized green and gold paneling, surmounted by a cornice and embellishments of old ivory.

The Hilton Scranton hotel was built upon the site after Hotel Casey's demolition.