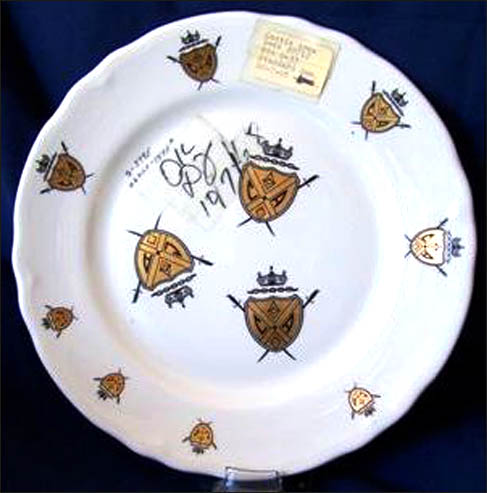 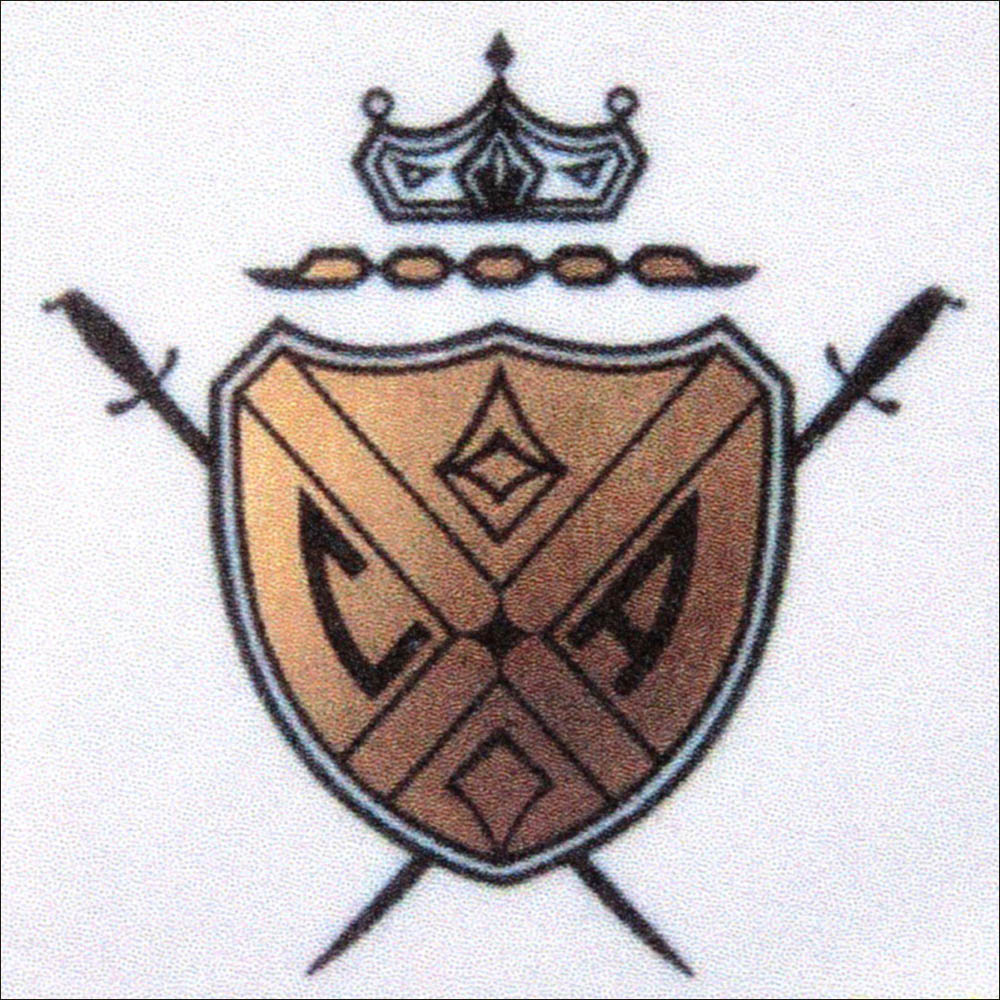 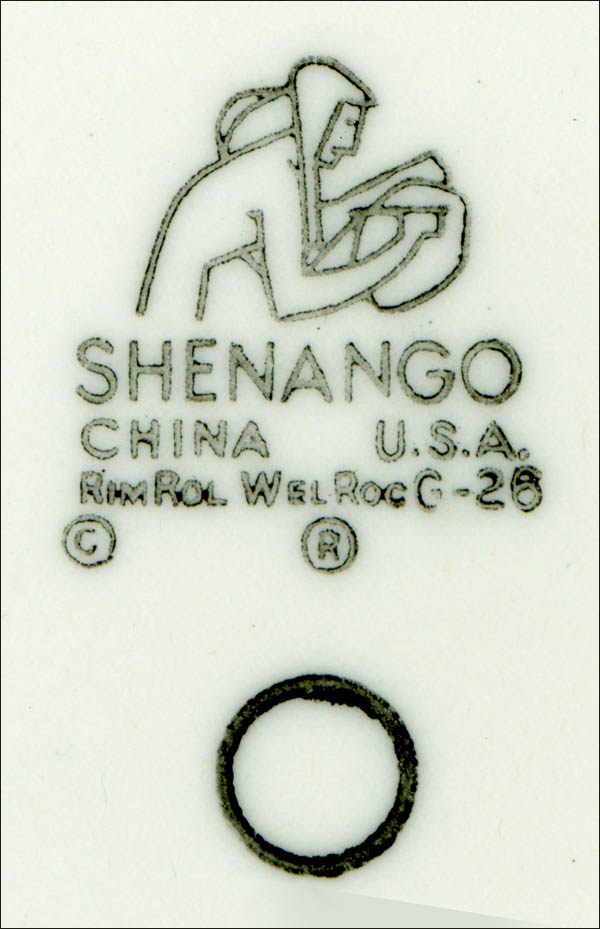 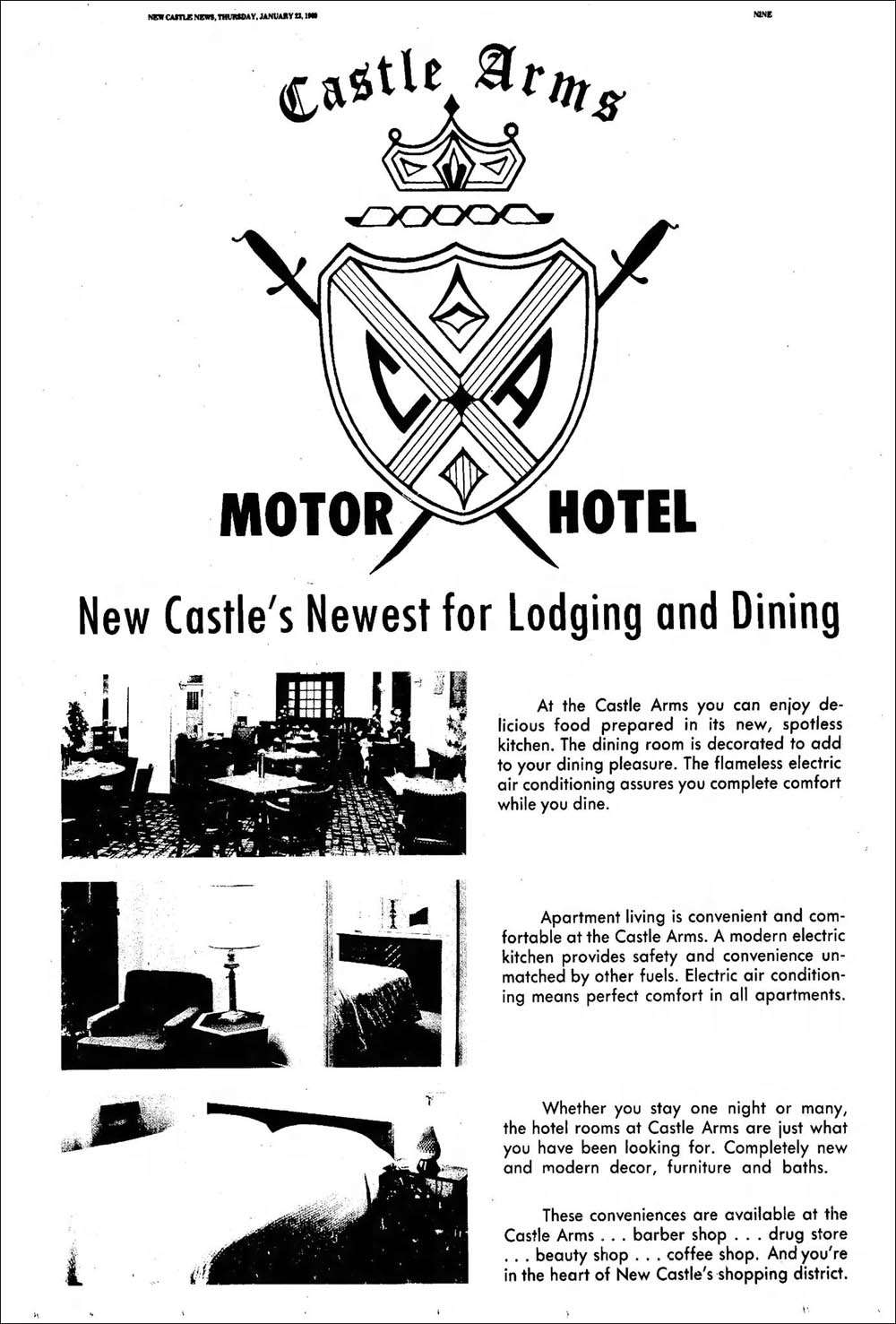 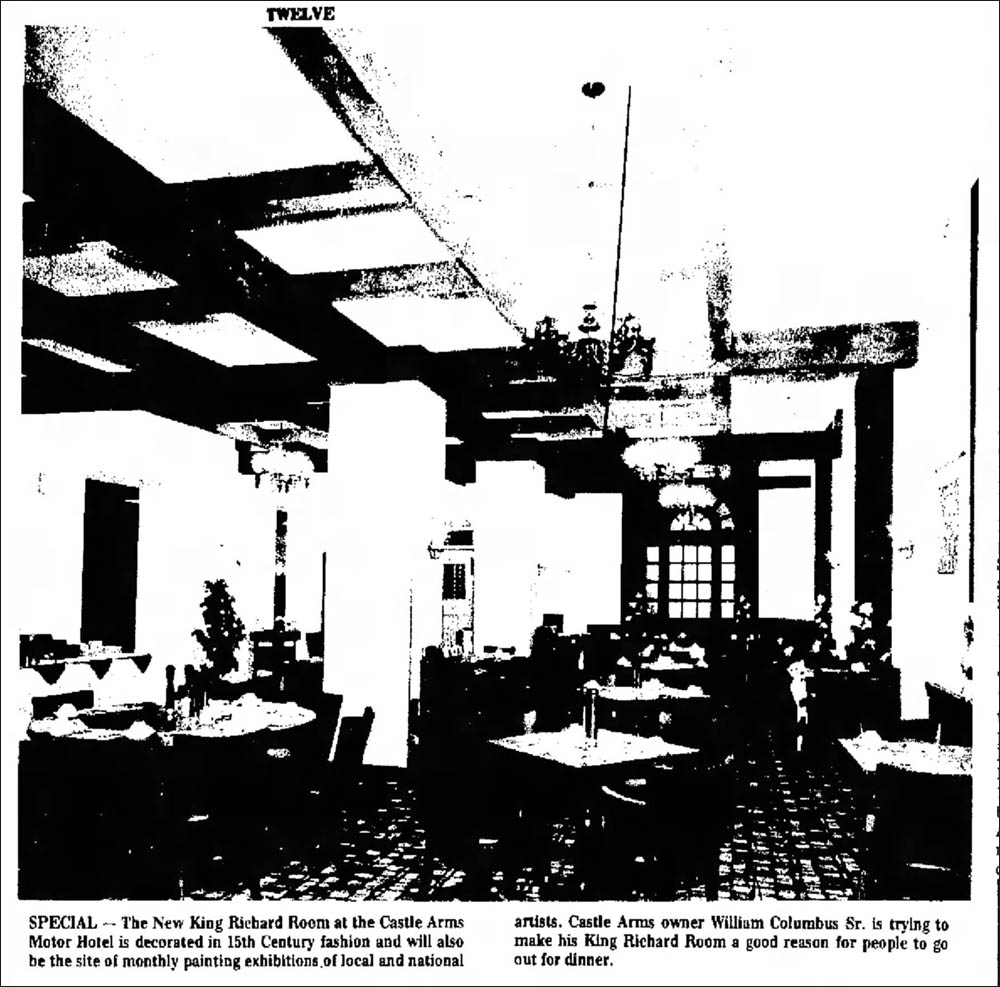 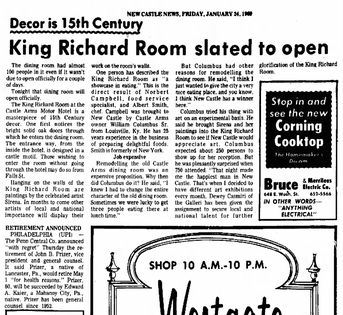 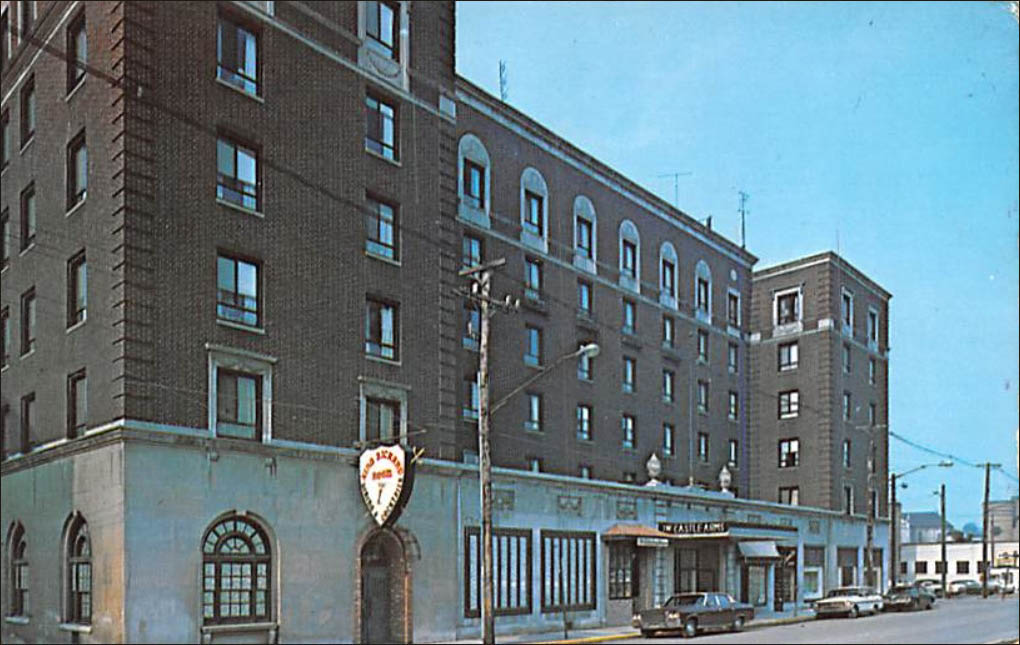 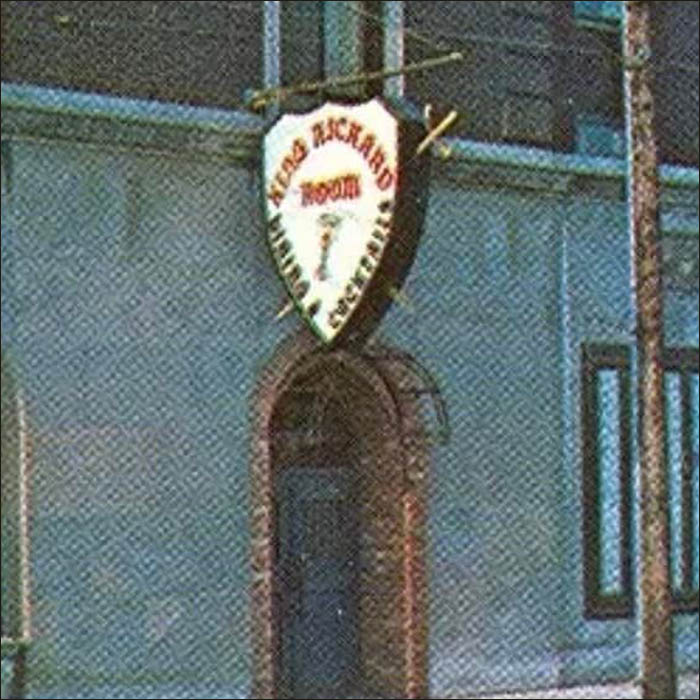 Notes: The Castle Arms Motor Hotel, originally built as the Castleton Hotel in New Castle, Pennsylvania, opened on October 22, 1927. Located at the corner of East Falls Street and North Mercer Street, it was designed by architects W.G. Eckles and A.L. Thayer. A six-story structure, it had a large dining room/ballroom on the first floor that was capable of seating 200 people. The upper five floors contained 160 guest rooms. The basement held the heating plant, laundry, dining room for hotel staff, and storage space. There were a few penthouse suites on the roof and the ground floor also had some commercial and retail businesses fronting Mercer Street.

The Castle Arms Motor Hotel opened after the Castleton was sold in 1967. It was significantly renovated and rebranded with the King Richard Dining Room (shown above). However, the hotel continued to lose money and in 1972, it was leased to the Lawrence County Housing Authority for use as apartments for the elderly. During the 1980's it changed ownership several times but kept the Castle Arms name. For a time, it was used by the CSX Railroad to house its transient employees overnight.

In 1991, after a $2.2 million renovation by new owners, the Castle Arms was again rebranded as the Castleton Apartment Complex. It was intended for elderly tenets once again since at least one member of the household had to be at least 55 years old.

In 2016, the CPR Property Group of New York City purchased the property and changed the name to The Majestic after renovating the apartments, upgrading the elevator, and improving the lobby. As of today (2021), the building is still The Majestic.

White body sample plate covered in various size versions of the hotel logo which consists of a stylized gold shield with crossed swords behind it and a crown above. Between the crown and shield is a stylized chain with the center of the links filled with the same gold as the shield. Within the shield are various symbols including a stylized "C" on the left and a stylized "A" on the right.