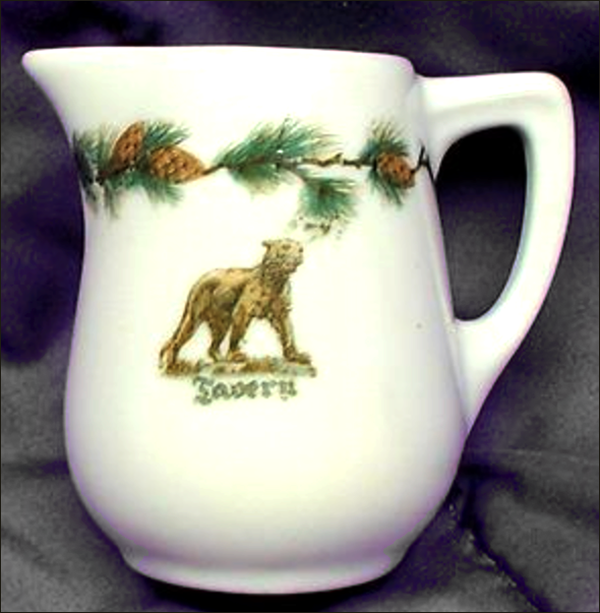 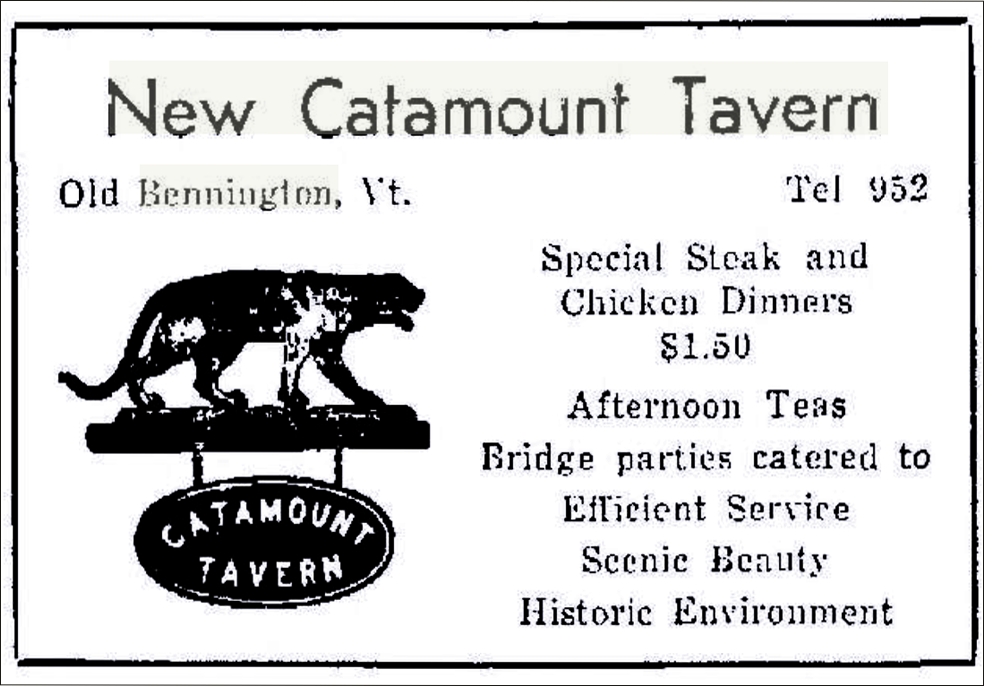 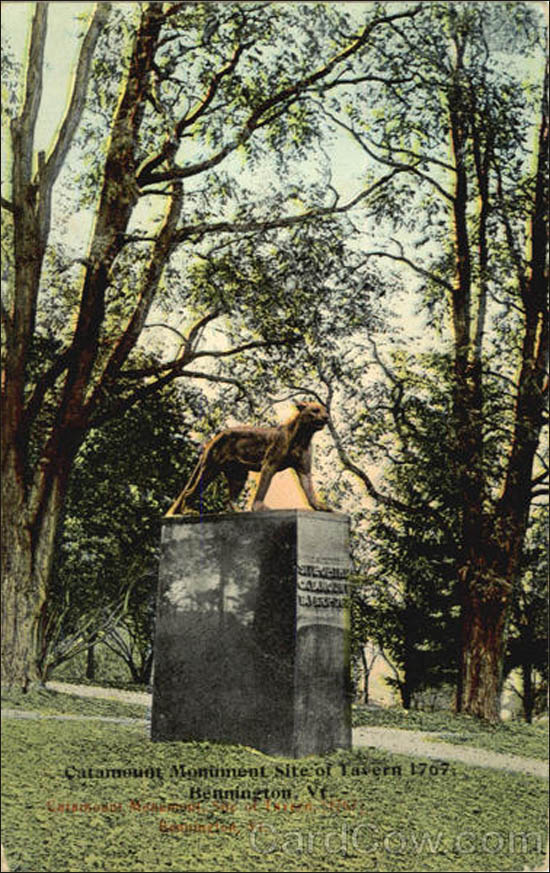 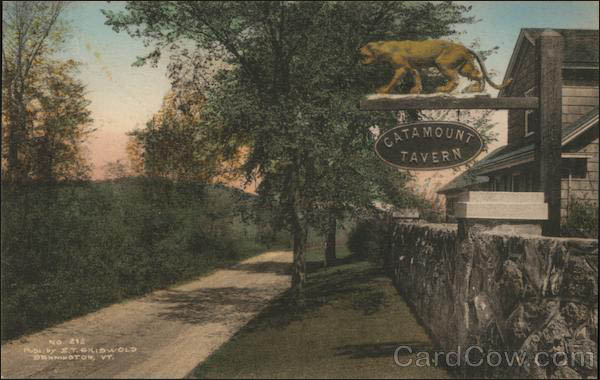 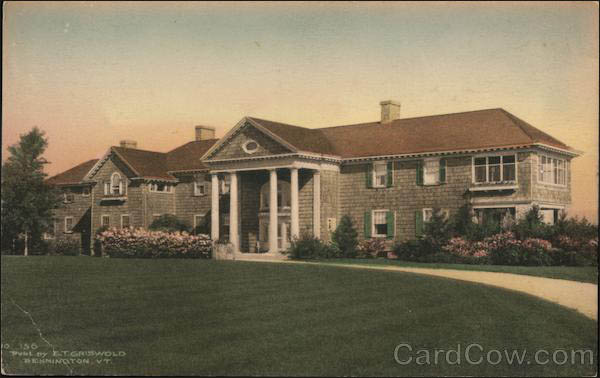 By 1935 the Catamount Tavern had been sold and renamed Monument Inn, which continued in operation until at least 1949. In 1971 the 33-acre site became a proposed condo project, but that plan was abandoned. In 1972 the former tavern became part of St Joseph College.

Scammell combined an image of the Catamount statue with "Tavern" as the crest on this china pattern. The decal border of pine needles and cones was used by other Maddock and Scammell customers. Because some of this china was being made during the time in 1924 that the Lamberton Works was changing ownership from Maddock to Scammell, some pieces contain the "Lamberton China" back stamp while others have the oval Scammell mark. Mitchell Woodbury, of Boston, was the distributor. Sterling China also produced this crested pattern.

More example of the china can be found on the website of the Bennington Museum.