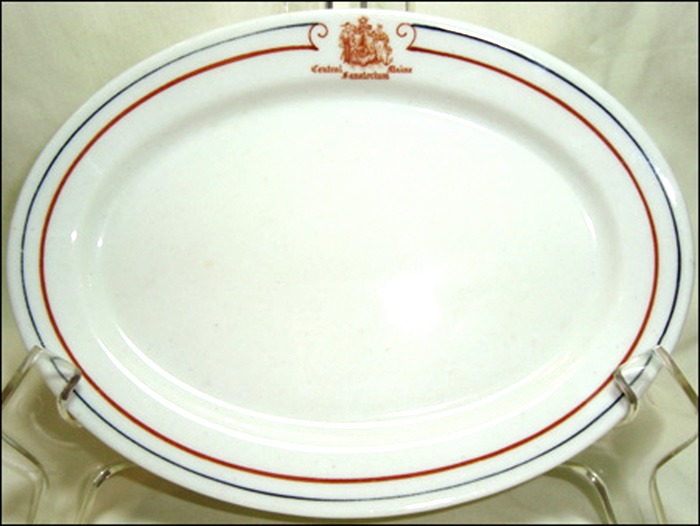 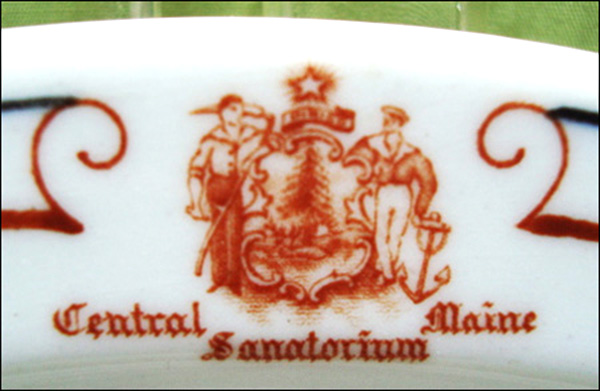 Notes: The Chase Memorial Sanatorium opened in 1910 on Atwood Mountain in Fairfield, Maine as a hospital for the treatment of tuberculosis patients. What began as little more than a tent city, the treatment center constructed wooden buildings in 1912 which were destroyed by fire in 1913. In time with new construction the hospital grew to include a children's section and a surgical wing.

In 1915, the state took over both the Chase Memorial Sanatorium and the Maine State Sanatorium in Hebron, Maine renaming them the Central and Western Maine sanatoriums. Patients who were the sickest went to Central Maine. Those for whom a cure was deemed probable were assigned to the Hebron hospital.

The Central Maine Sanatorium closed in 1970 and was the state's last TB sanatorium. A portion of it later became the Pleasant Height Nursing Home, closed since 2001.

The red topmark is the Maine State Seal which consists of a shield with a moose resting in a field situated by water and woods and a pine tree, referring to Maine as the Pine Tree State, behind the moose. The shield is bracketed by a farmer resting on his scythe and a sailor leaning on an anchor. Above the shield is the motto "Dirigo" ("I lead"), and a stylized North Star. Normally below the shield is a banner that simply reads "Maine" but it is missing on this topmark and replaced by the words "Central Maine Sanatorium." There is a black and red line around the rim that end in curlicues on either side of the topmark.