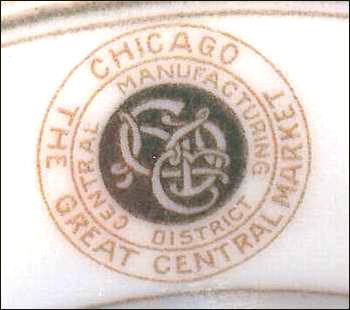 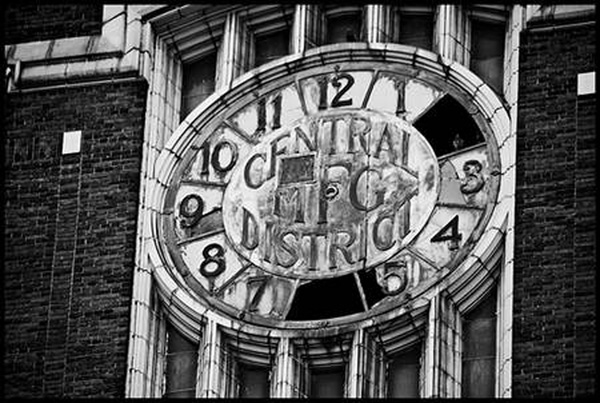 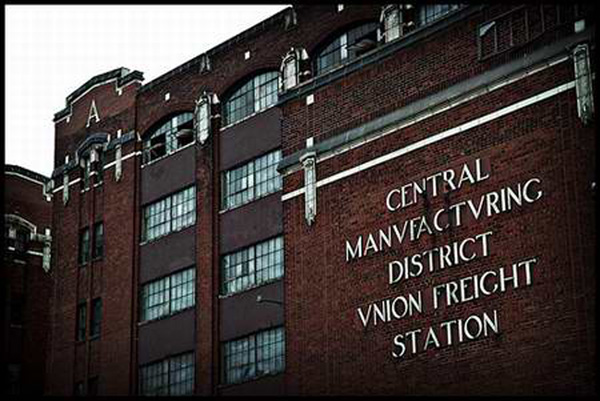 Notes: In 1905, Frederick Henry Prince founded the Central Manufacturing District (CMD) as a holding organization for an industrial site in Chicago. The CMD was a 265-acre industrial park and the first planned industrial district in the nation. In 1911, Prince incorporated the Chicago Stock yards Company, which held a majority of the common stock of the Chicago Junction Railroad Company and Union Stock Yards Company. The Chicago Junction Railway connected with all of Chicago's major trunk railroads. The company made particular efforts to provide efficient rail service and it was a major selling point for the CMD. By 1915, some two hundred firms were using the CMD, providing a work location for 40,000 people when combined with the Union Stock Yard.

The CMD also had a private club for the business executives of the district, which is where this plate was likely used. Such an institution gave the business community unity, serving like a chamber of commerce. According to the district's publication, "The Central Manufacturing District Club has a membership approximating 250, largely made up of representatives of the many firms in the District. Here each noon these men meet for luncheon, enjoying an hour of pleasant relaxation, entertaining guests and customers, and getting acquainted with their neighbors." The club also had a dining room and the club facilities were located above the Central Manufacturing District Bank at 1110 West 35th Street. Click here to see an interior photo of the club.

By 1953, more than 300 industries had erected plants valued at more than $200 million. Some companies that did business in the District included: William Wrigley Jr. Co., Spiegel, May, Stern Co., United (Rexall) Drug Co., Westinghouse Electric & Manufacturing Co., Indian Refining (Havoline Oil) Co. and the National Carbon Company's Ever Ready works. In the 1960s, the CMD took over a section of the fading Union Stock Yards and converted it to industrial use, but the final shut down of the Union Stock Yards came in 1971. As of 2008, the CMD still houses a few businesses, but environmental constraints and the related costs of clean up has impeded a full-fledged renewal of business interest in the industrial park. (Sources: University of Illinois and Encyclopedia of Chicago)

Click here to see views of the Central Manufacturing District from 1915.