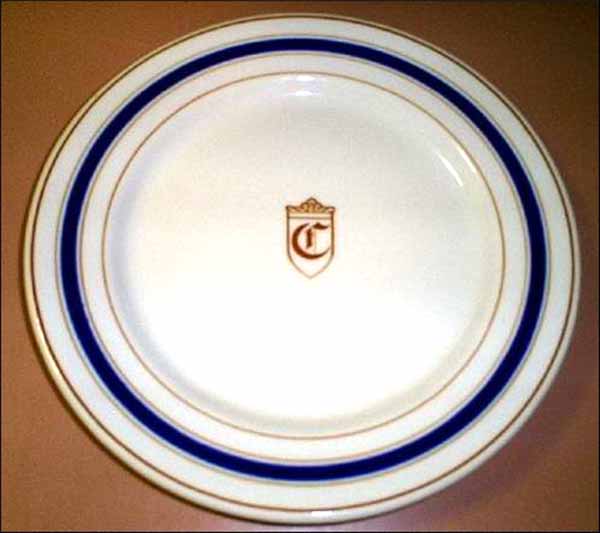 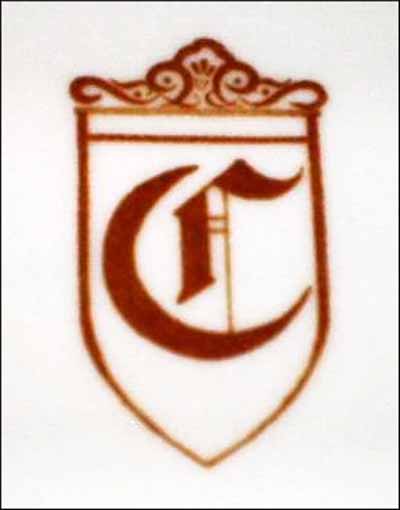 Notes: The Chancellor Hotel was located at the corner of Market & 7th Streets in Parkersburg, West Virginia. Built by the Bank Block Investment Company and named after its company president Colonel William Nelson Chancellor, the hotel opened circa 1903 with 120 guestrooms and was expanded in 1923-24 with an additional 100 rooms. The Chancellor was Parkersburg's grand hotel until April 1976, when it was acquired by the Union Trust National Bank. It was razed in August 1977.

According to Larry Paul's 20th Century Hotel Research Database, the building was Victorian with a circular corner tower with a peaked roof, show windows on the ground floor and columned entrance marquees. The hotel had a dining room, Old English Tap Room and Cafeteria in 1954.

White body, blue band with gold pinlines. Topmark is a shield with a "C".

ID and photos submitted by Sharedspirit