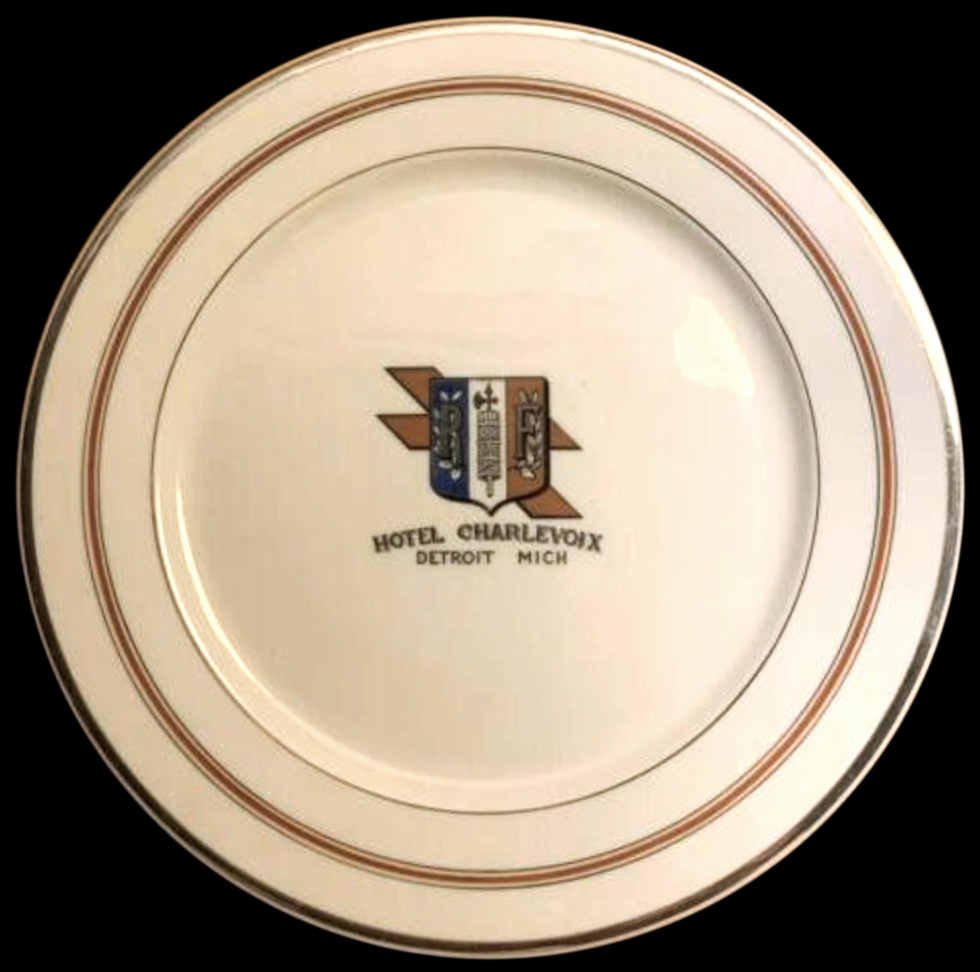 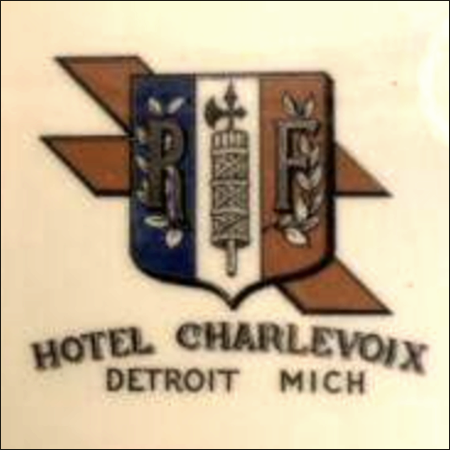 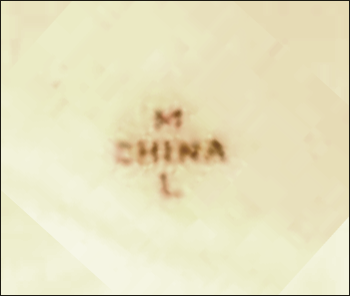 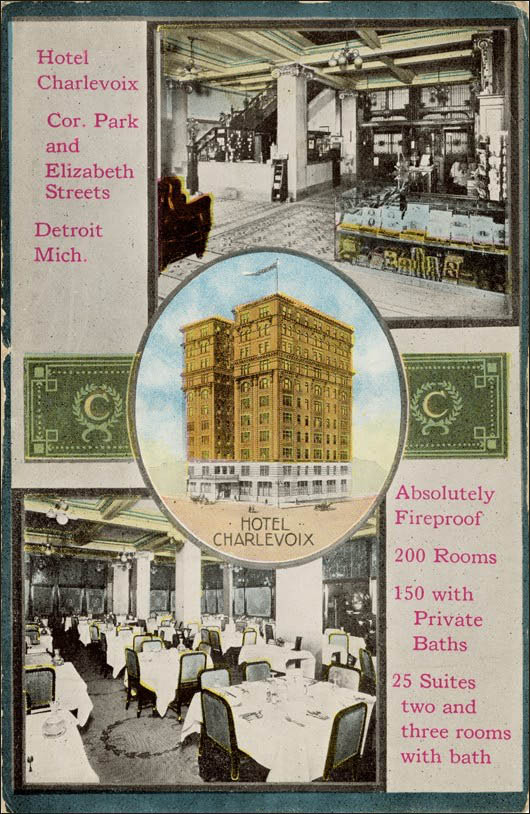 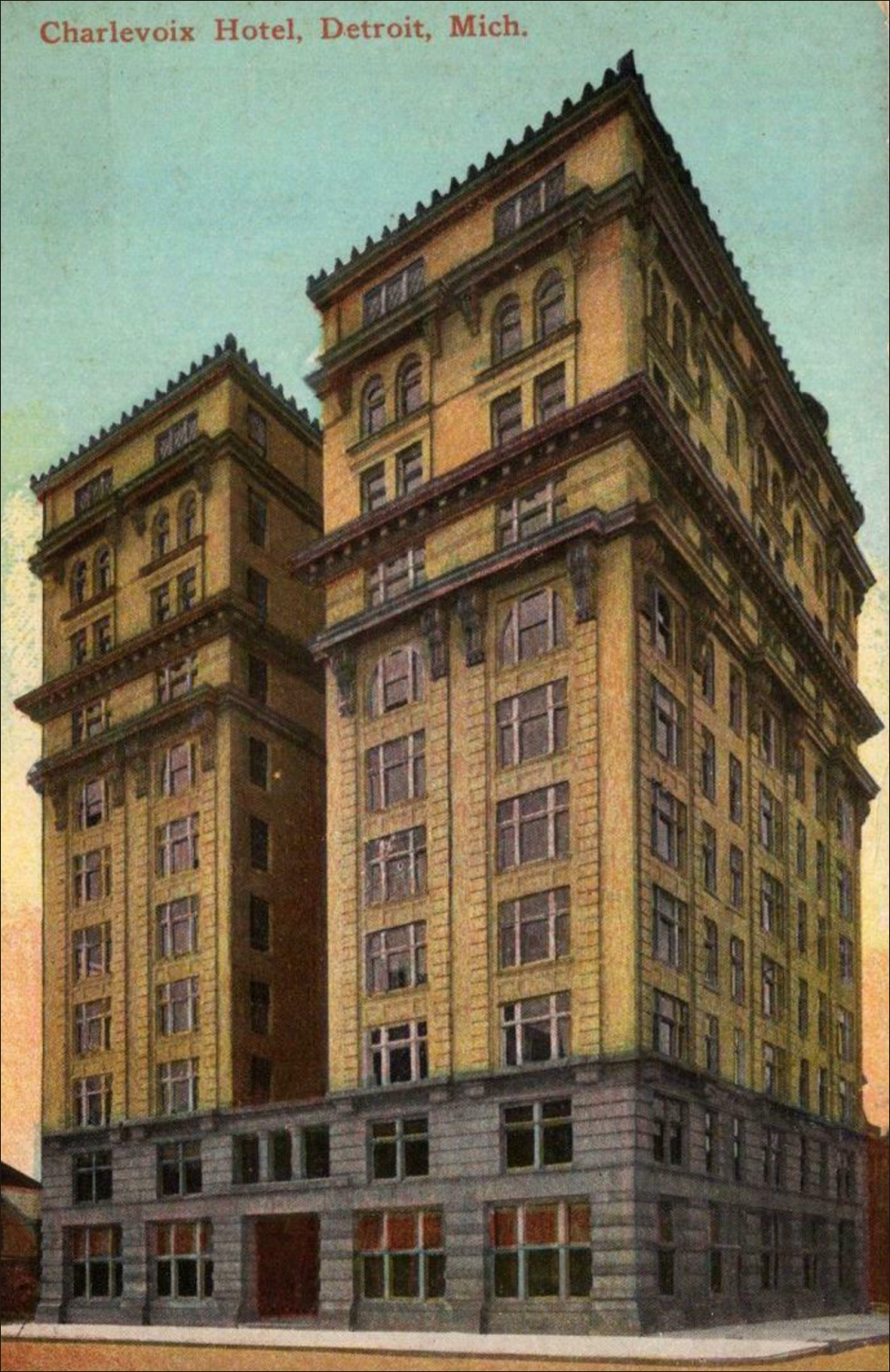 Notes: The 11-story Charlevoix Hotel in Detroit, Michigan, was originally built in 1905 as an apartment building. In 1912 it was converted into a 200-room hotel.

Maddock Pottery made service plates for the hotel that contain a three-part shield crest in the center of the well. This is the only known piece of the china service. Other pieces may have a smaller version of the shield crest, or possibly just the rim, mid rim, and verge lines, but that's a guess.

In 1922, the hotel closed and was converted into an office building. In the late 1980s the building closed and remained unused until it was pulled down with cables on June 23, 2013.