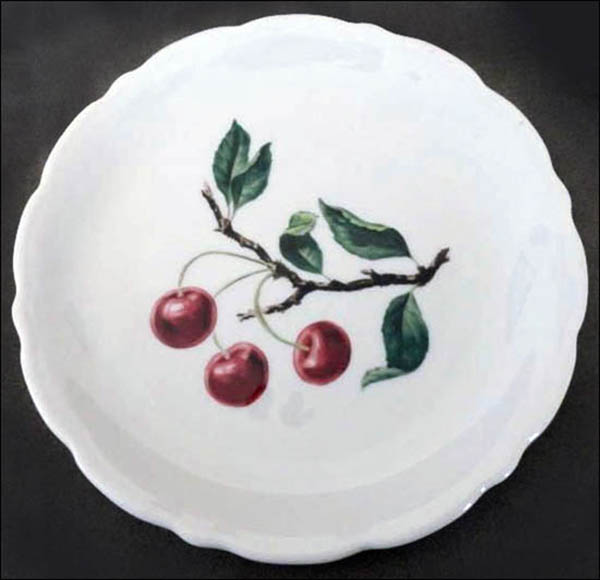 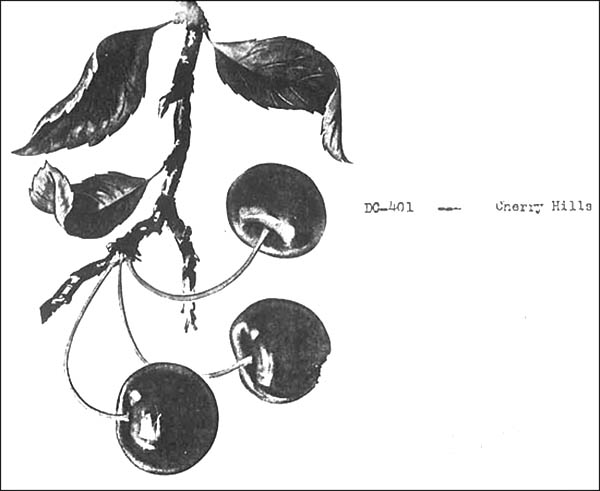 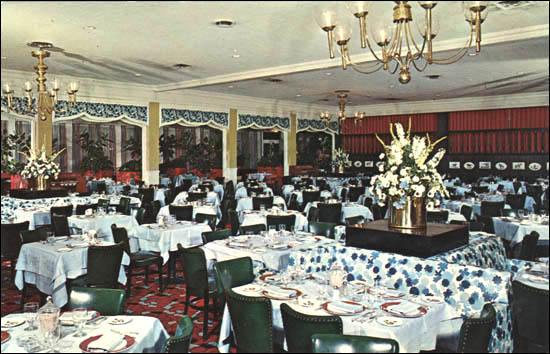 Notes: This pattern is shown in a catalog of Syracuse China underglazed designs (below) and is identified as Cherry Hills.

A postcard from the Cherry Hill Inn, (see photo below) in Cherry Hill, N.J., shows the pattern in use in its dining room. From the Wikipedia: "Cherry Hill was a 19th-century farm on Kaighn Avenue / Route 38 which was owned by Abraham Browning. The farm property later became the Cherry Hill Inn." That land now includes a movie complex, a shopping center and housing developments.

This was likely a stock pattern that was available to anyone – and its name probably was inspired by an early customer – but it is not known if that was the Cherry Hill Inn or some other business whose name included "Cherry Hills."

The realistic pattern shows a branch with leaves and three cherries against white china.