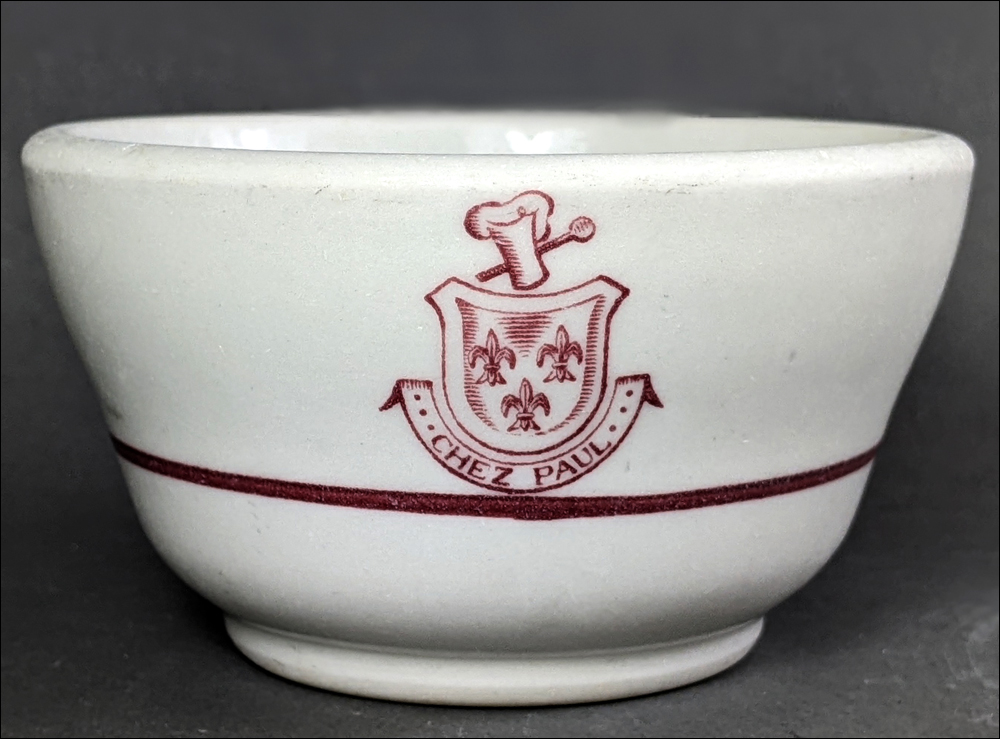 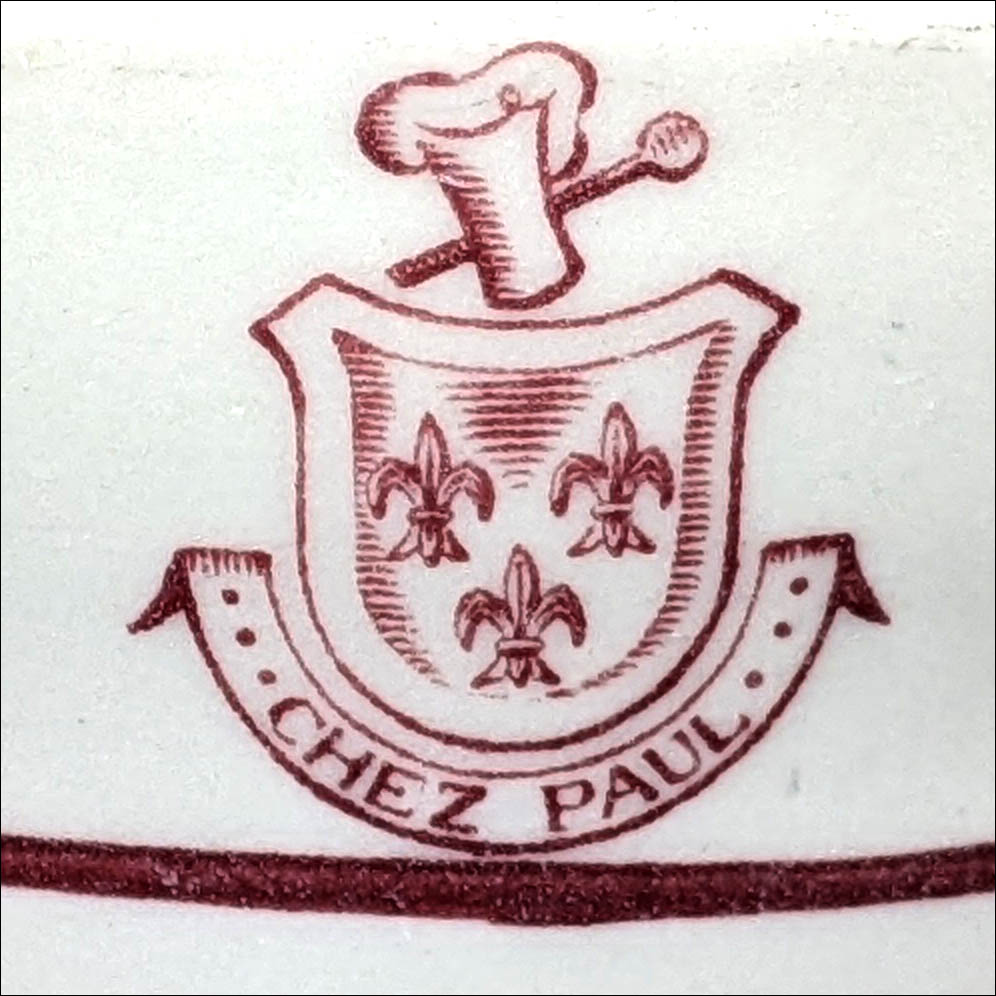 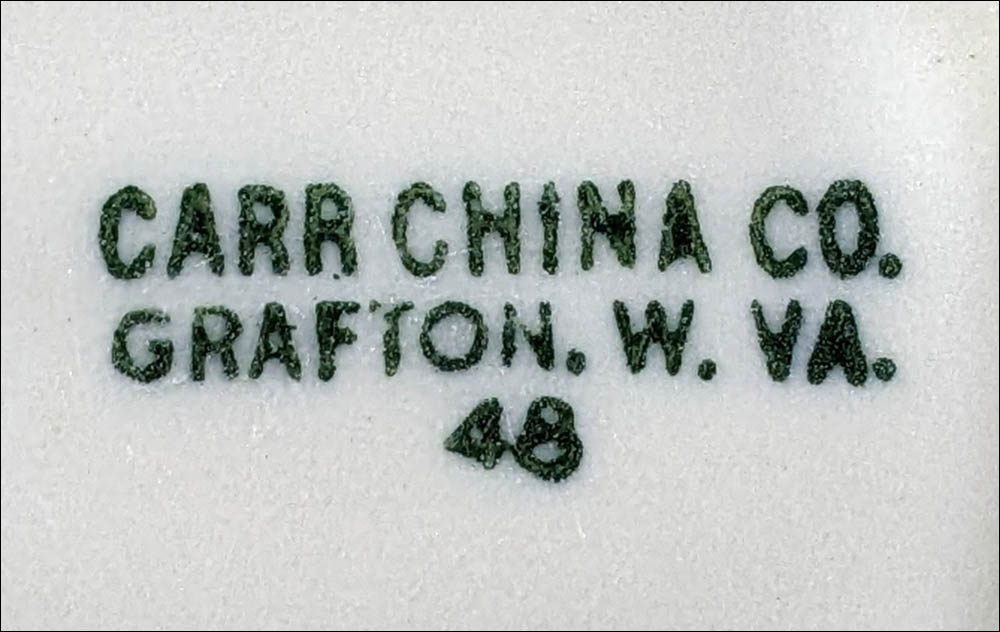 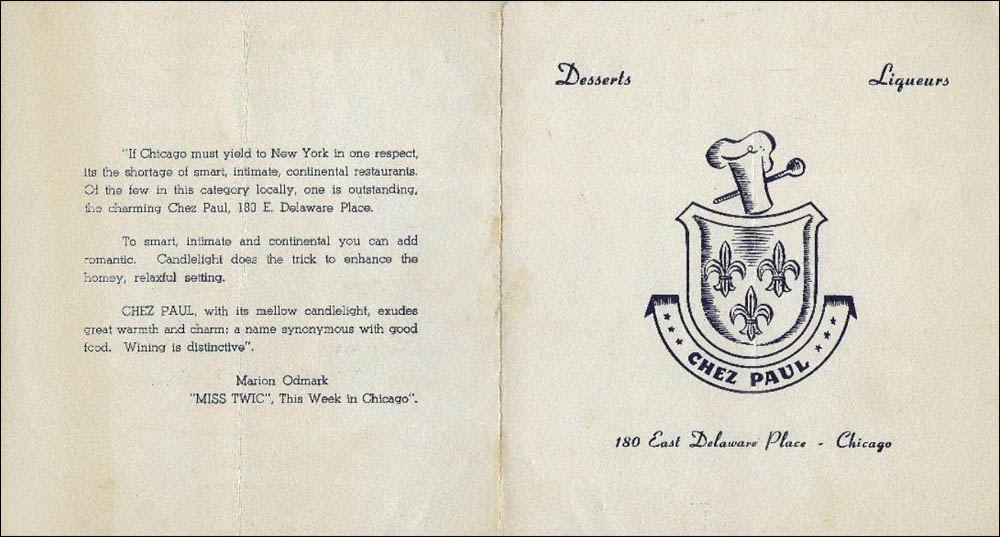 "Bill Contos died in April 1993 and though the restaurant was struggling, his wife Regina kept it open for a few more years, long enough to see its 50th anniversary.

"Paul Contos opened Chez Paul at Delaware Avenue off Michigan Avenue but moved it into the Robert Hall McCormick II mansion in 1964 at 660 North Rush Street after refurbishing the building. The steps and pillars are marble, as is the mantel in the Louis Room, which was presented to McCormick by Victor Emannuel III, King of Italy, when Contos was Ambassador to Italy.

"A replica of the restaurant's interior was used for a scene in the 1980 film The Blues Brothers. Bill Contos said of the replica, 'It was either that or ship the McCormick mansion to the West Coast, and this just seemed easier.' A similar set was used in the 1986 movie Ferris Bueller's Day Off.

As of 2022, the building is used by architects Searl Lamaster Howe.

The cup's topmark is a shield containing three fleur-de-lis. Above is a chef's toque and wooden spoon; below is a ribbon with the words: CHEZ PAUL. All are outlined in burgundy red, and there is a heavy burgundy red line placed just below the design.