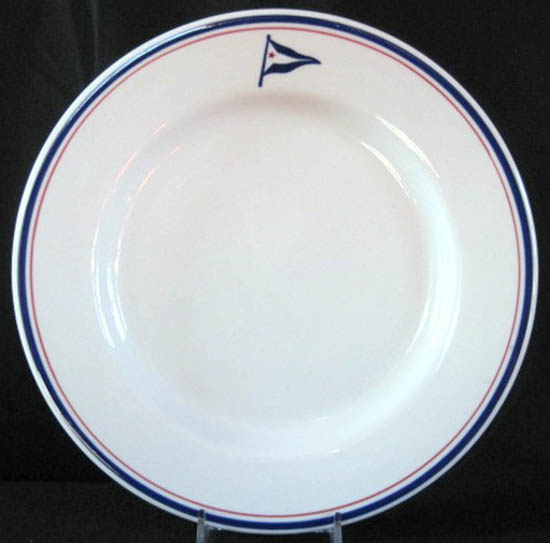 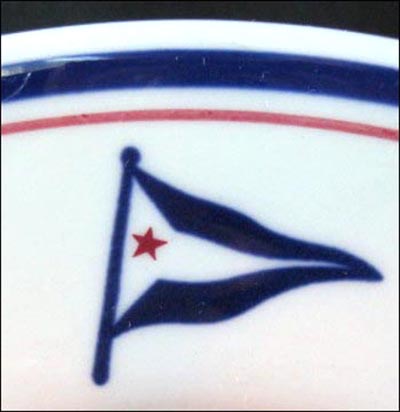 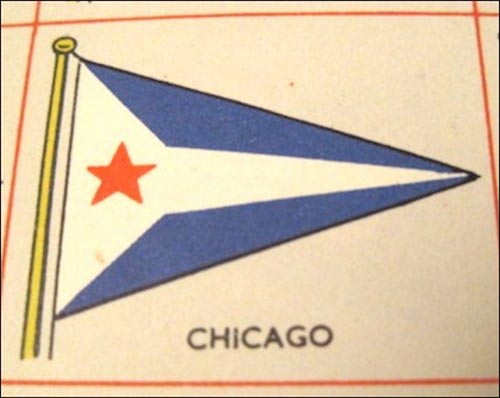 By 1961 there were two clubhouses: on Monroe Street on Chicago Harbor and on Belmont Avenue on Belmont Harbor, both in Chicago, Illinois.

White plate with navy blue band on the rim and a red line inside. The burgee or flag is blue and white with a red star.