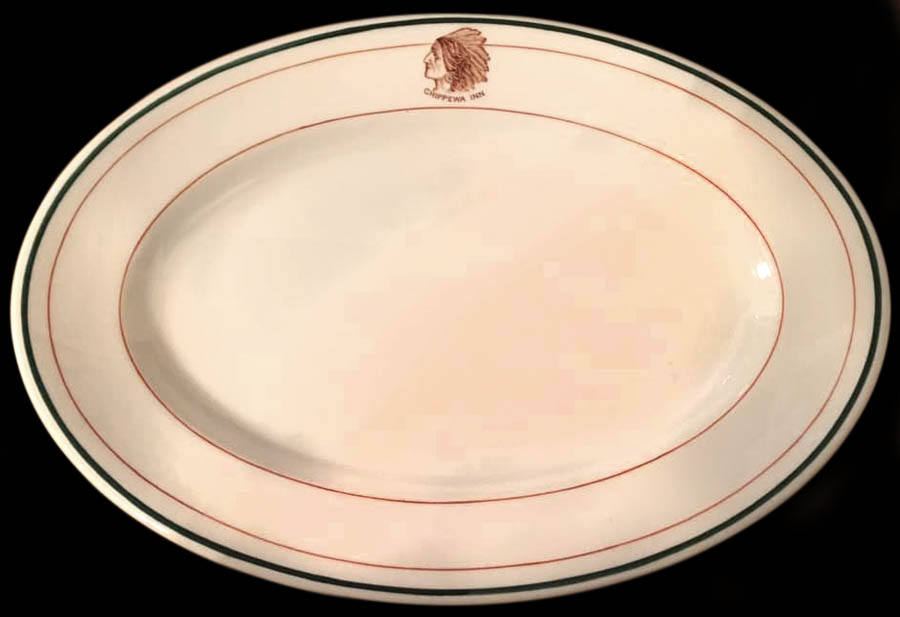 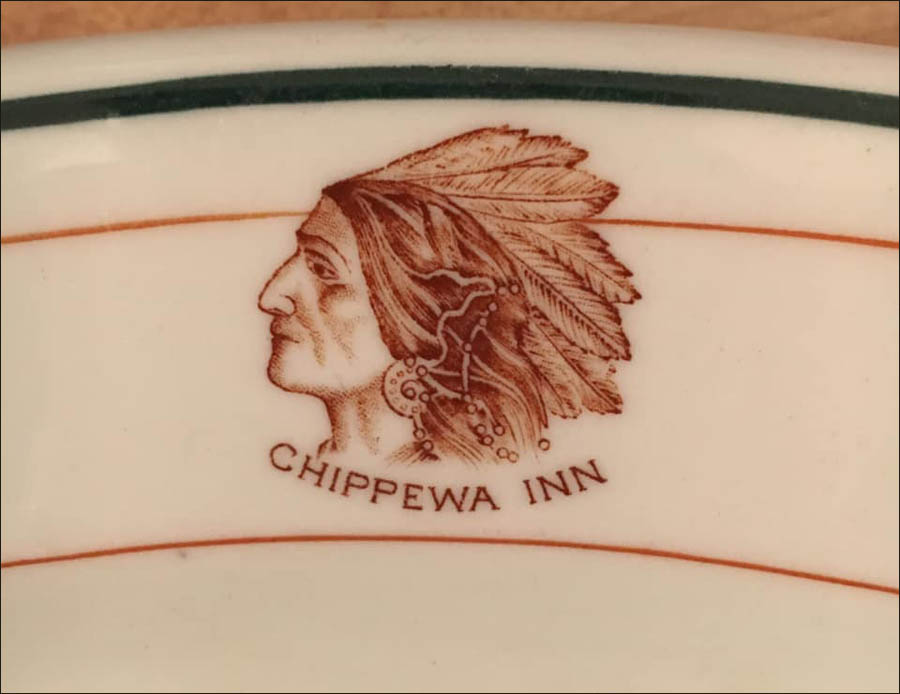 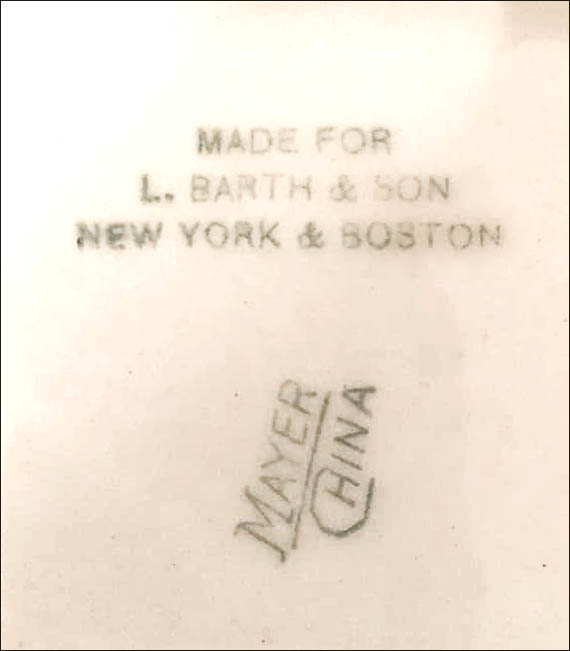 Notes: There is nothing definitive proving the exact location of the Chippewa Inn where this pattern was used, but reference has been found to a Chippewa Inn on 85 West Chippewa Street in Buffalo, New York, where the example platter was found. And with L. Barth & Son as the distributor, an East Coast location would be quite likely as well and might rule out a Midwest location. More research is needed.

White body platter with a heavy black line around the edge and two thin red lines inside of it, one on the verge and the other on the border fairly close to the black line. The outer red line is broken at the top of the platter with a drawing of an Indian Chief in a reddish brown with the words "Chippewa Inn" placed underneath on a slight curve.