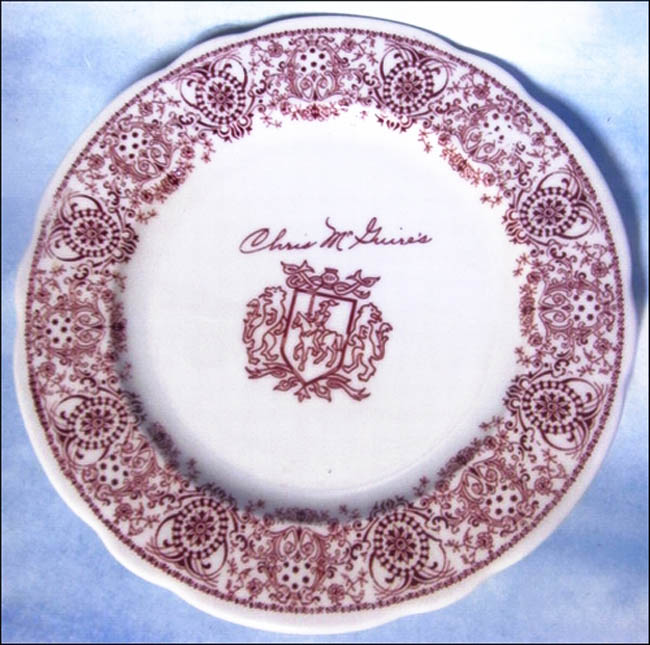 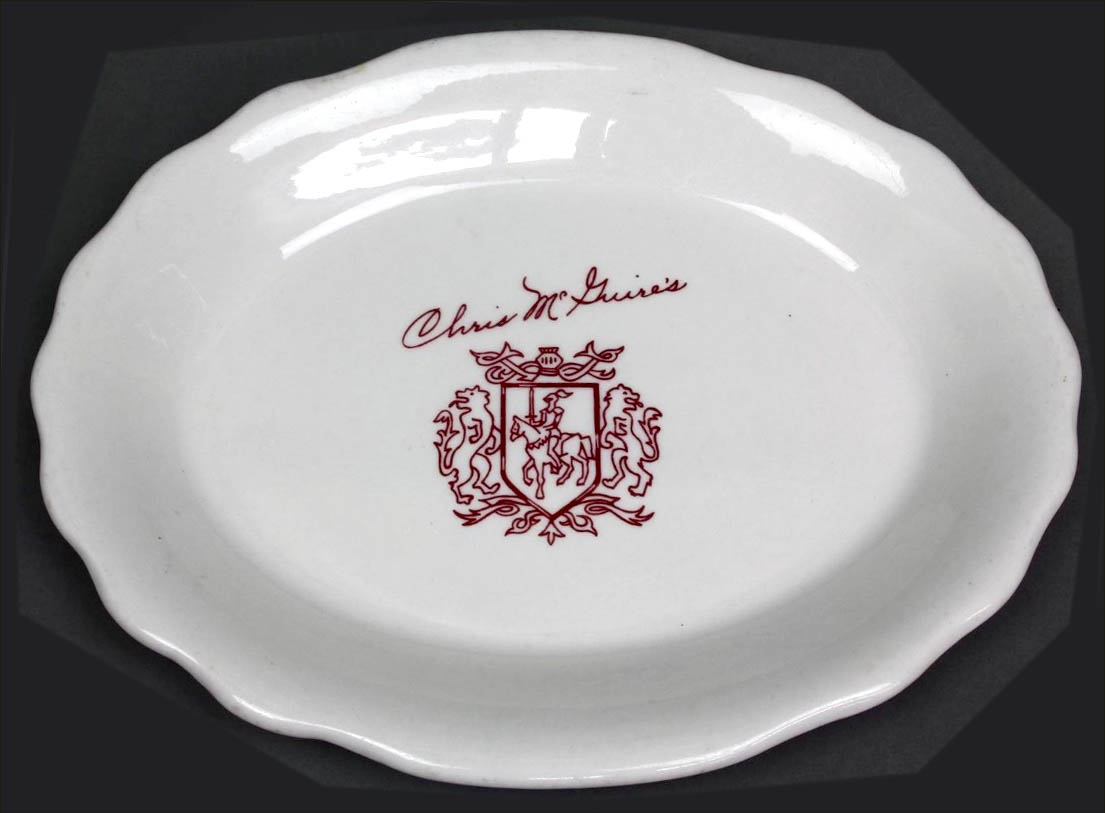 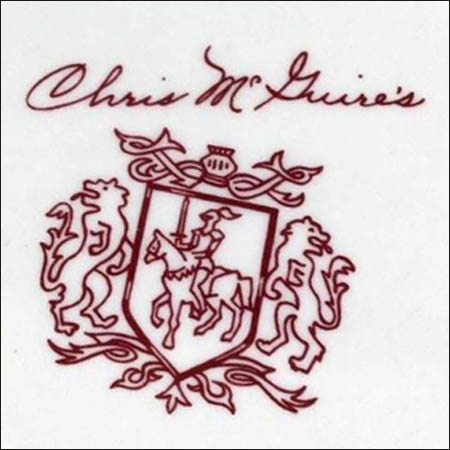 The signature above the crest on this plate was the signature mark used by Chris McGuire's franchises, as seen here on the cinema building exterior in Ft. Lauderdale, Florida: 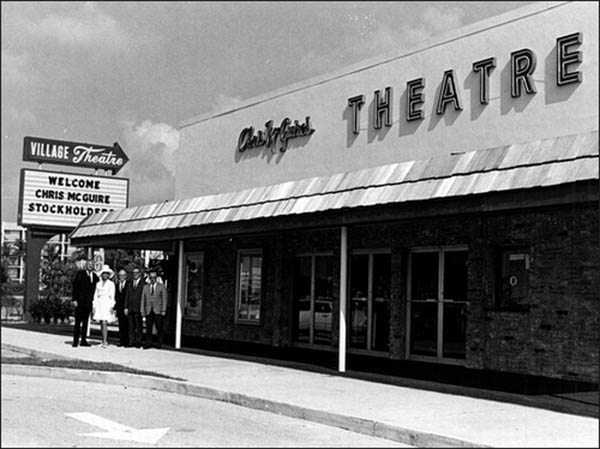 Notes: Likely used at one of Chris McGuire's Pub locations in Florida, such as the one located on 26th Street in Bradenton, which opened in September 1968 and closed in the early 1970s.

Chris McGuire is Christine McGuire of the McGuire Sisters, a popular sister-trio-group in the 1950s, known for pop hits like Sincerely and Muskrat Ramble. Chris McGuire was a successful business women in the 1960s, franchising her restaurant pubs, theaters and diet centers throughout Florida.

The history of the Bradenton venue might be a long trail of restaurant ware topmarks. After McGuire's Pub closed in the early 1970s, the venue became Long John's Pub, then the Canterbury Inn. Later, it was the Towne House, before becoming the Cruise Inn in the early 1990s.