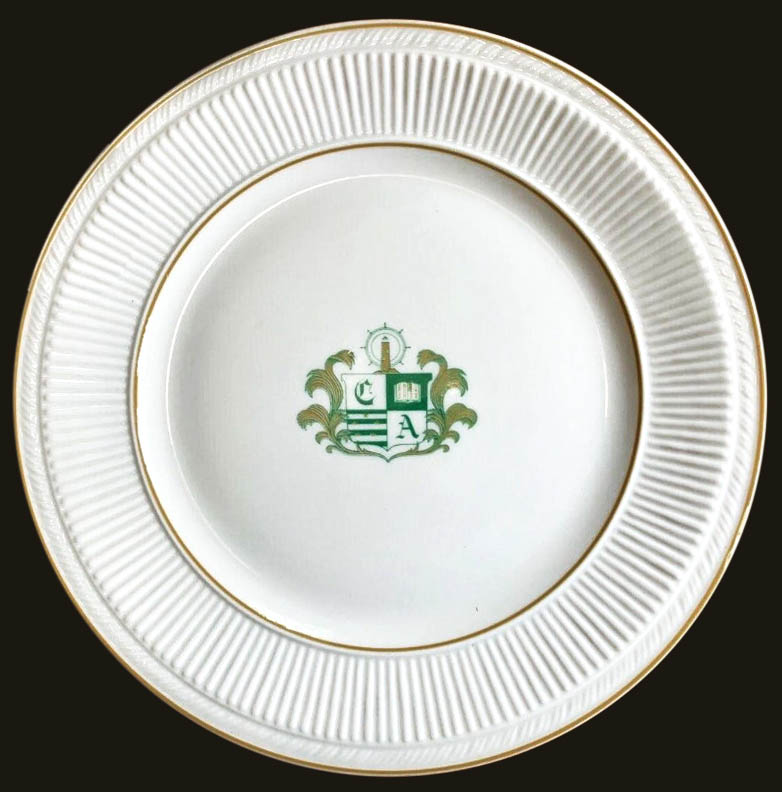 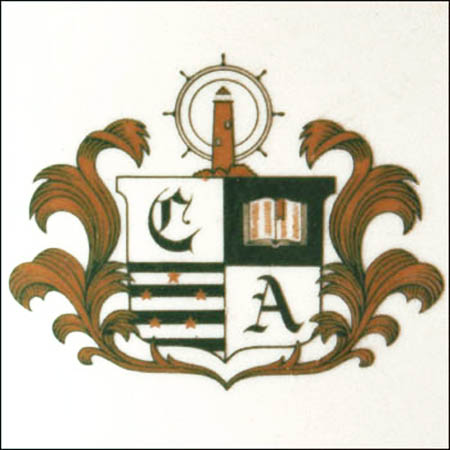 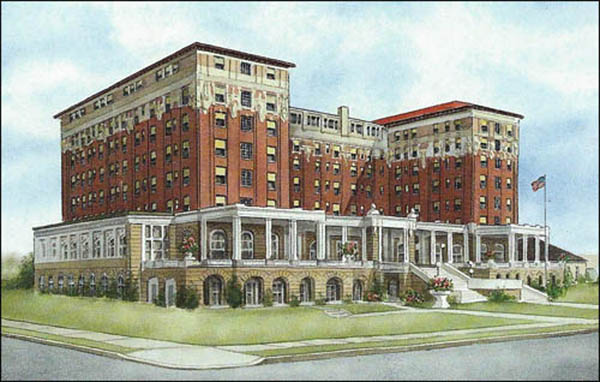 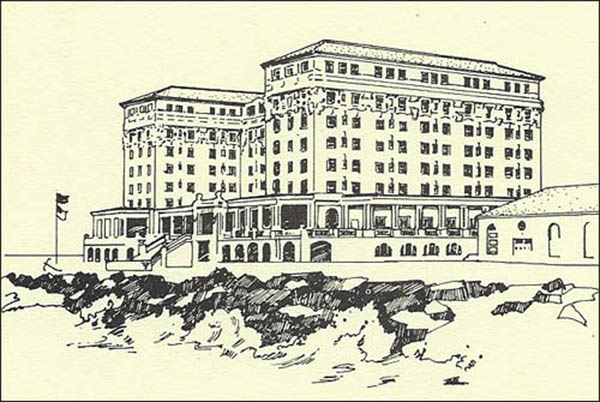 Notes: In November 1962, the 350-room former Hotel Cape May / Admiral Hotel, which opened in 1908 and closed in 1959, was purchased by Doctor Carl McIntire. He wanted to use it as the flagship hotel of his Beacon Conferences facilities in Cape May, New Jersey, which grew to six hotels. By this time, the sandy beach in front of the hotel, where Henry Ford had once raced his Ford Automobile when the hotel opened, had completely washed away. Only a stone seawall protected the hotel from the ocean.

Dr. McIntire brought in the hotel department of John Wanamaker's Department Store in Philadelphia to renovate and refurnish what had been renamed the Admiral in 1932. During WWII, the hotel had been used by the Navy and Coast Guard as Bachelor Officers' Quarters.

In the center front section of the eight floor another dining room was built, with windows overlooking the ocean. This new dining room was named the George Washington Room. Shenango China produced a new china pattern for use in the newly renamed Christian Admiral dining rooms, which opened in May 1963.

This was followed by a 28-year struggle to keep the hotel going. There was an ongoing fight between Dr. McIntire and the City of Cape May over taxes, which it wanted and Dr. McIntire did not pay, because he thought he should have a tax exemption as a religious-use property. Added to that was the deterioration of the building that had been facing the ocean since 1908. Sections of copper cornice fell off, the roof leaked and a sprinkler system was required.

At the end of the 1991 summer season, the hotel closed for the last time. More struggles pursued, but on November 9, 1995, at 8 a.m., the Christian Admiral Salvage Sale began. Included in this sale was "Miscellaneous serving pieces, 'Green-line' Dinner China, Shenango Patterns." In December 1995, contractors began preparing for the demolition. On Monday morning, March 25, 1996, around 10:30 a.m., the final section of the Christian Admiral was pulled down by cables wrapped through window openings and attached to a bulldozer.

White body Staffordshire molded-rim pattern with mustard gold rim and verge lines. Centermarked with the Christian Admiral crest as a green and mustard gold decal, featuring a four-part shield containing an Old English-style "C" in the upper left section and an "A" in the lower right. A lighthouse is atop the shield set within a ships wheel, with acanthus scrolls flanking the shield.