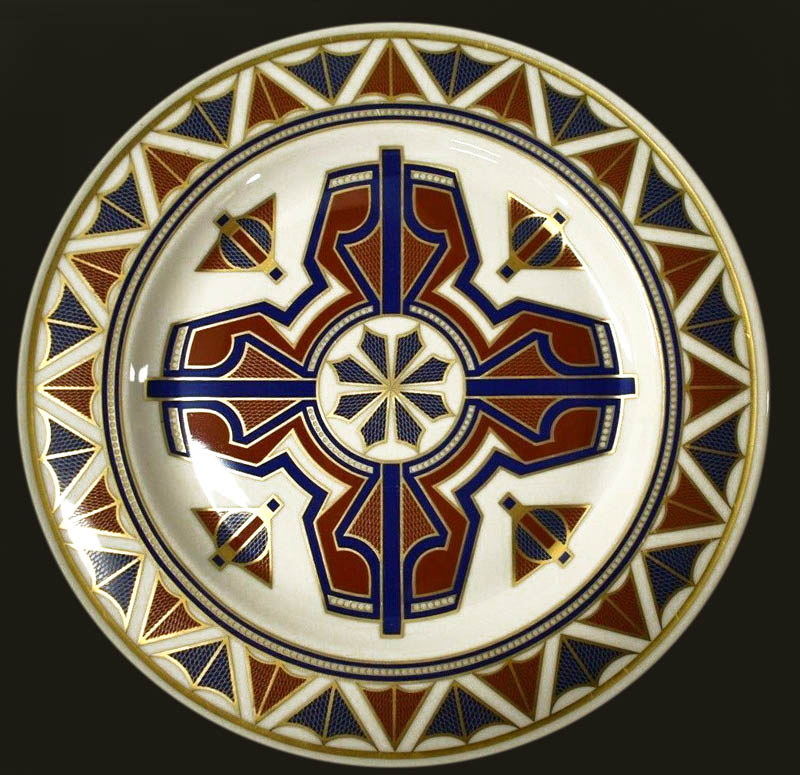 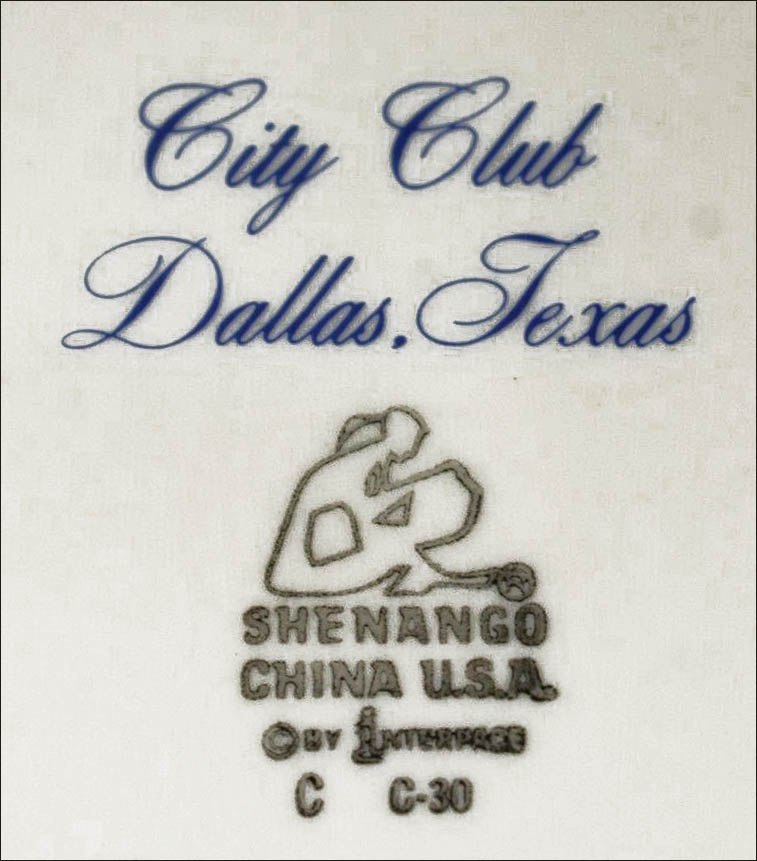 Notes: One of the oldest member-owned private clubs in Dallas, Texas, it was originally organized in 1918, where it occupied the 9th & 10th floors of the Southland Life building. The club ceased operation during the depression, but re-organized and chartered in 1941 at the Baker Hotel. In 1968, the club grew and established themselves on the top floor of One Main Place, Dallas. In 1988, the panoramic top floor of the Bank of America Plaza became the home to the City Club. The well appointed decor provides the perfect setting for lunch, dinners, corporate meetings, wedding ceremonies, private meetings and dining events.

White body with an Art Nouveau pattern of deep red, strawberry and navy.