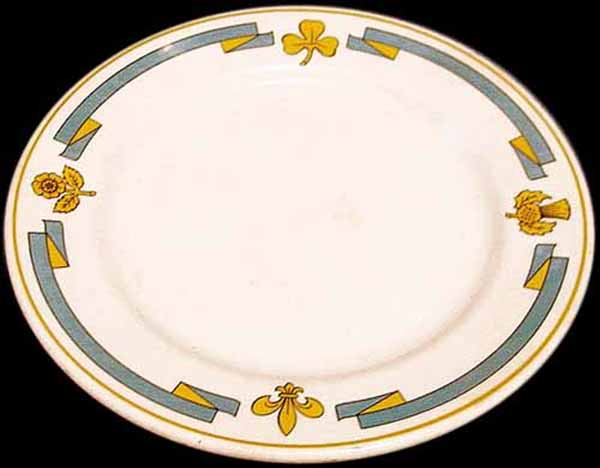 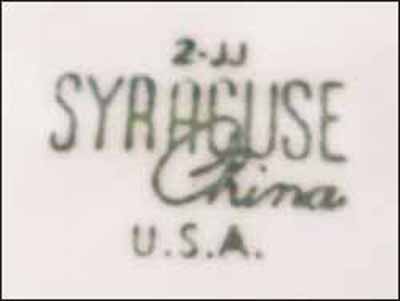 Notes: The plate has a thin non-metallic line near the edge of the rim. There is a plain gray blue ribbon on the border that is backed with non-metallic gold, and four symbols interrupt the ribbon, all in non-metallic gold. They are a shamrock, a thistle, a fleur de lis and an unidentified flower.

These Americanized descriptions of the 1955 plate are supplemented by the Wikipedia's actual description of the coat of arms of the City of Montreal, below, which is made up of symbols from France, England, Ireland and Scotland: