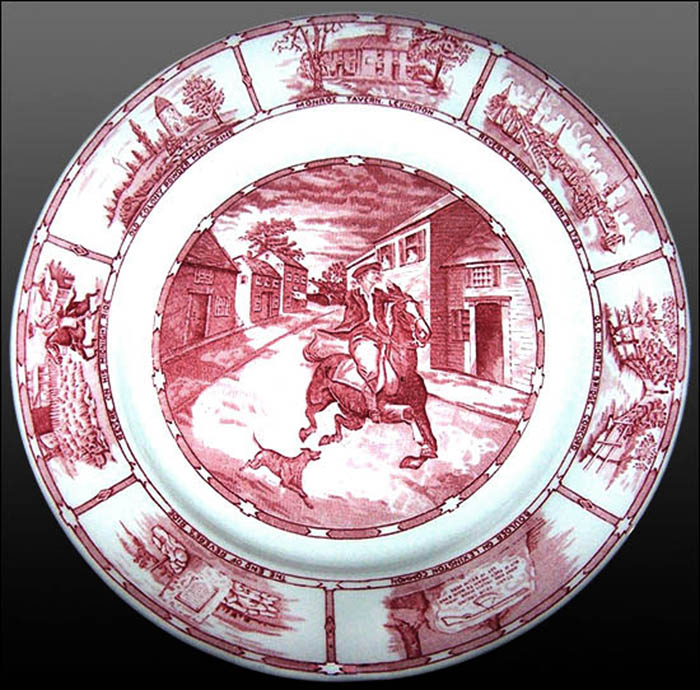 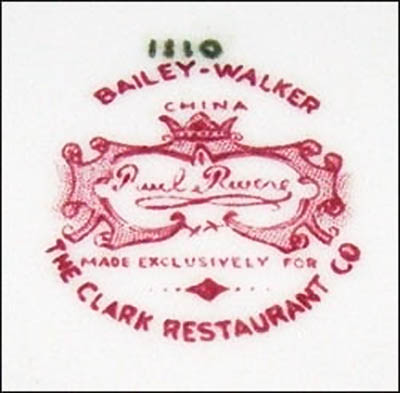 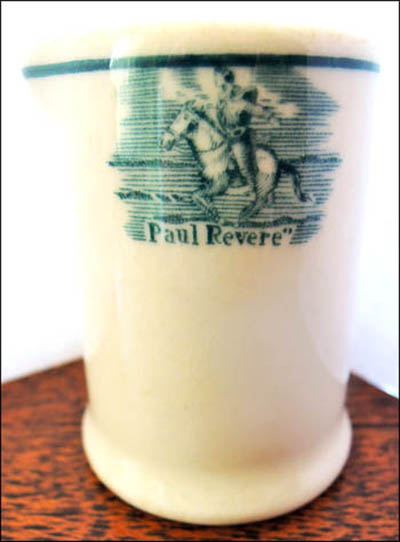 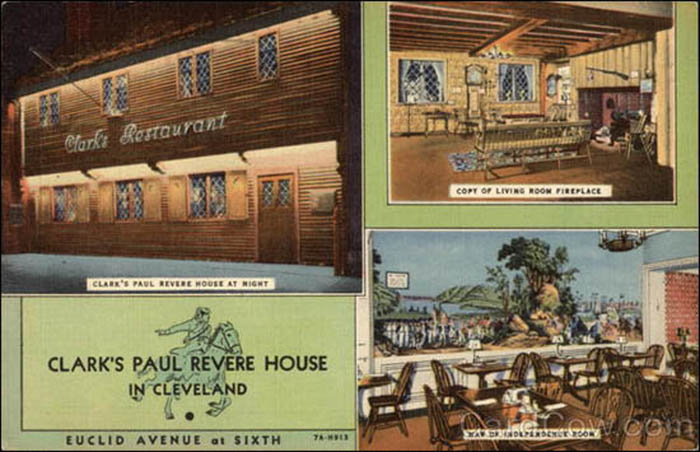 Notes: The creamer, in teal blue, and plate, in red, (both pictured below) were made by Bailey-Walker China. Soup plates and dinner plates have also been seen with the same pattern backstamped for Walker China with a 1950 date code.

From the back of the postcard (pictured below):

"Clark's Paul Revere House is a faithful reproduction of the historic old home of that sturdy patriot of the American Revolution, immortalized by Longfellow's famous poem. The original house was built around 1650, was restored by the Paul Revere Memorial Association in 1908, and still stands in the shadow of the Old North Church in Boston.

"The Paul Revere House is one of the Clark Restaurants in Cleveland, Akron, Youngstown, Ohio, [and] Eric, Pennsylvania."

The backstamp includes Paul Revere's signature within a scroll frame. The phrase "Made exclusively for The Clark Restaurant Co." would indicate that this pattern was not used by any other customer.

The creamer has three scenes: "So through" (waterfront scene); "the night rode" (view of two houses); and "Paul Revere" (Revere on horseback).

Clark's was founded in 1896. The Waldorf System acquired eight of the company's Cleveland restaurants on Jan. 25, 1922. At that time, Clark's was the largest chain restaurant system in the city, and every restaurant had a large cigar department.

Clark's Paul Revere House, at Euclid Avenue and Sixth Street in Cleveland, was a replica of Revere's Boston home built around 1650. By the time the Yorktown location opened there were 15 restaurants in the chain. A 1964 menu, featuring the facade of Clark's Colonial Restaurant, listed nine locations in Cleveland and Akron. Interior photographs of the various dining rooms showed decorative elements that would relate well to the Colonial theme of this pattern.