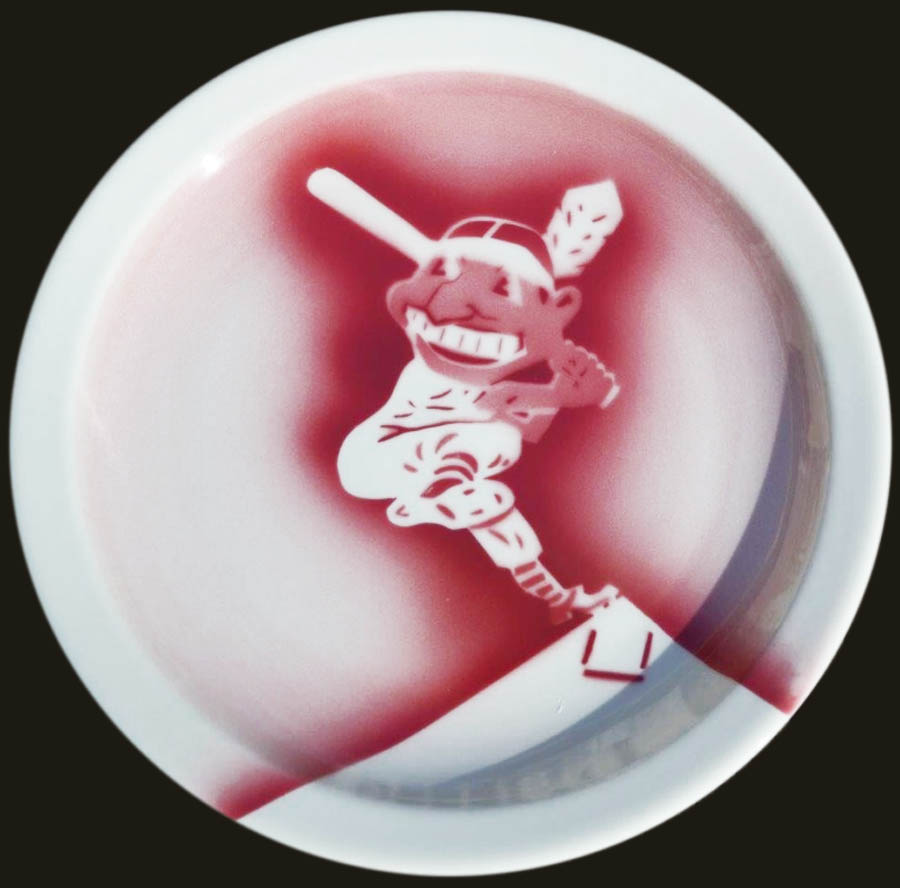 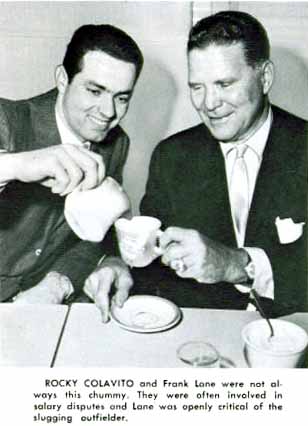 Above is a photo of the china in use at the Wigwam, circa 1959, by the Cleveland fans' favorite player, Rocky Colavito and general manager Frank Lane, who traded him to the Detroit Tigers just before the 1960 season.

From the Wikipedia, "Protest of both the logo and name started in the 1970s, but moved quickly toward the retirement of Chief Wahoo when the 2016 World Series drew international attention to the team. Local groups say they will continue to advocate for a change of the team name, and object to the sale of merchandise with the Chief Wahoo image[2], which remains an example of racial stereotyping to many.

"Through the decades of protest, team representatives defended both the name and logo as part of their tradition, with no intention to disparage Native Americans.

"The Cleveland Indians officially announced on July 3, 2020 that the club would review its name in the wake of nationwide protests against the killing of George Floyd."