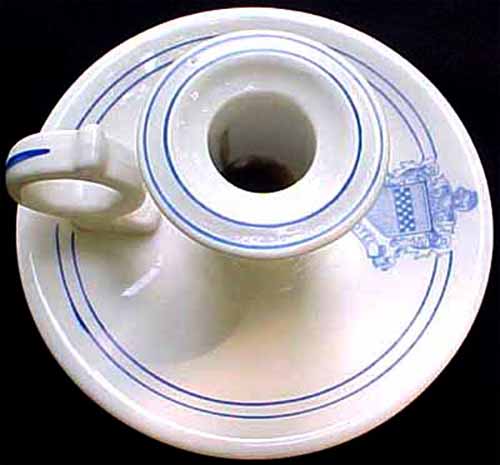 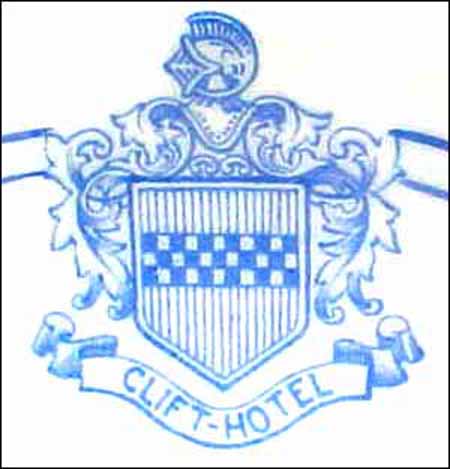 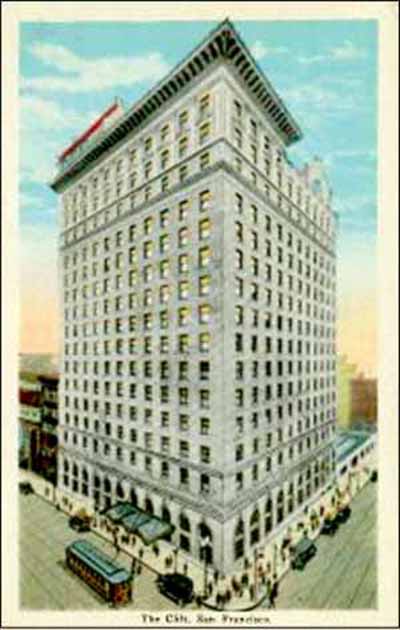 Notes: Located at 495 Geary St., in San Francisco, Calif., the 300-room, 12-story Clift Hotel opened its doors for the Pan Pacific Exposition in 1915. Named after Frederick Clift, the hotel became a popular meeting place with the public. An additional three floors were added in 1924, bringing the total number of rooms to 500.

In 2000, the hotel became part of the Morgan Hotel Group, and a $50 million restoration was done by Phillippe Starck and Ian Schrager (of Studio 54 fame). As of 2008, the hotel had 318 rooms and suites.

As of 2020, it is called the Clift Royal Sonesta Hotel.

The chamber stick has a white body with pale blue lines and hotel logo.