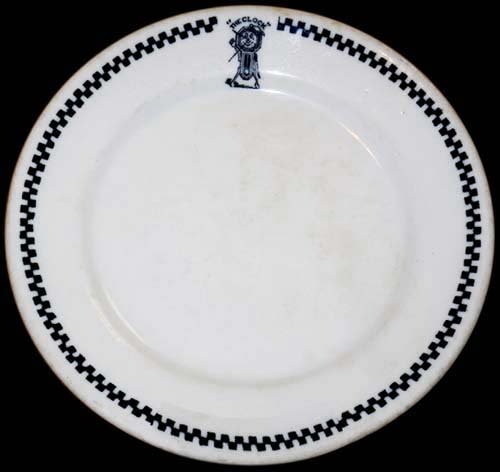 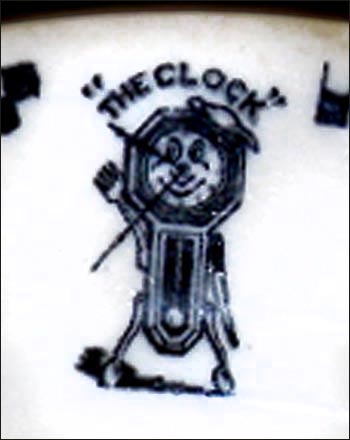 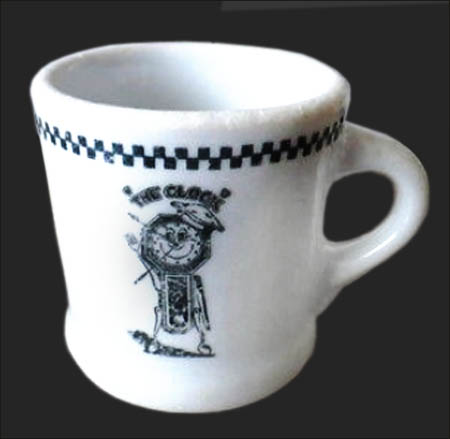 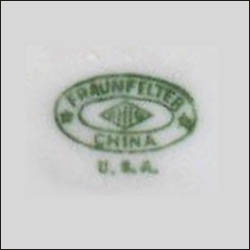 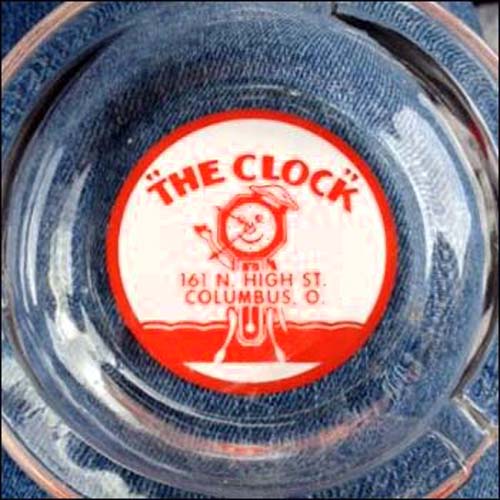 Notes: The Clock Restaurant was located in the Larrimer Building at 161 N. High St., in Columbus, Ohio. The building was constructed in the 1890 – 1895 time period by the Bott Brothers Manufacturing Company.

According to "A Taste of Ohio History," "The Bott Brothers made and sold billiard tables, bar fixtures, refrigerators, and other equipment for cafes and billiard halls. From 1905 until Prohibition in 1919, what was considered one of the finest cafes in the United States operated on these premises."

Photos of that era from the digital collections of columbuslibrary.org show the café's name at that time on the marquee out front as The Clock Tavern. The Art Nouveau storefront had leaded glass signs in front and a curved façade.

"During Prohibition," according to "A Taste of Ohio History," "the establishment served milk shakes, and patrons entertained themselves by playing chess or checkers. After Prohibition's repeal, the café reopened as The Clock Restaurant, in honor of the large timepiece just outside the front door."

A 1980 photo of The Clock Restaurant printed in The Columbus Dispatch shows the eventual desecration of the original clock to include a fanciful smiley face and bowtie. This was the obvious inspiration for this plate made by Carr China with the black and white Checker pattern border. Given that Carr closed in 1952, the redo of the High Street clock would have been before 1952.

As the Dispatch described it: It is electric, and somewhere along the way it was dressed in attire almost garish enough to stop a clock. The restaurant, sadly, has closed, and the clock has read three past eight for months."

The Clock closed in April 1979. The building was added to the National Register of Historic Places in 1983.