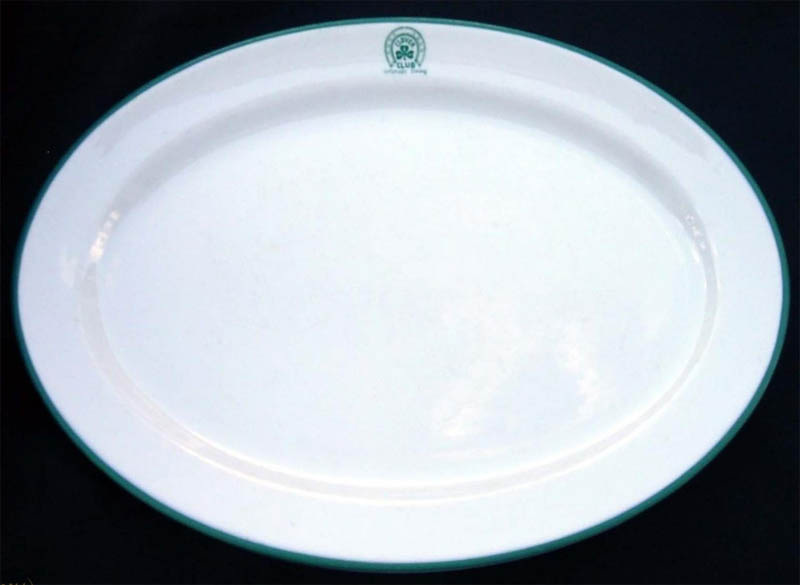 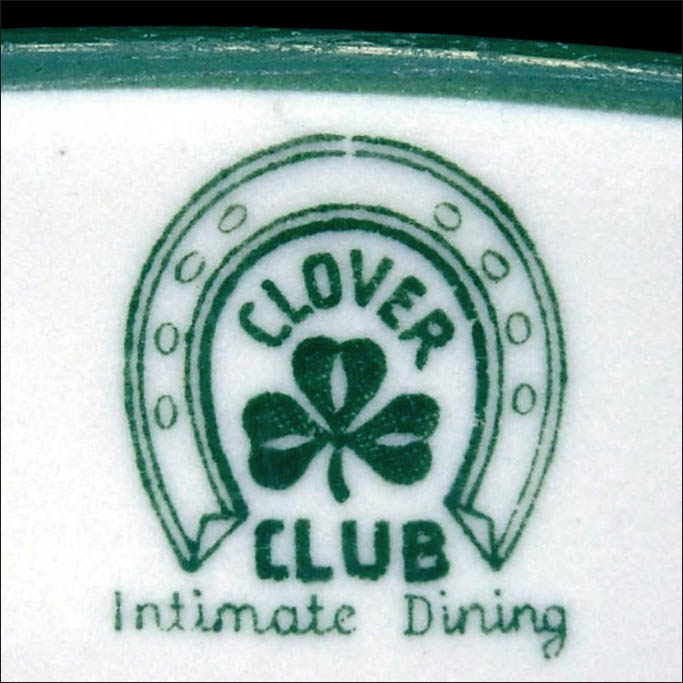 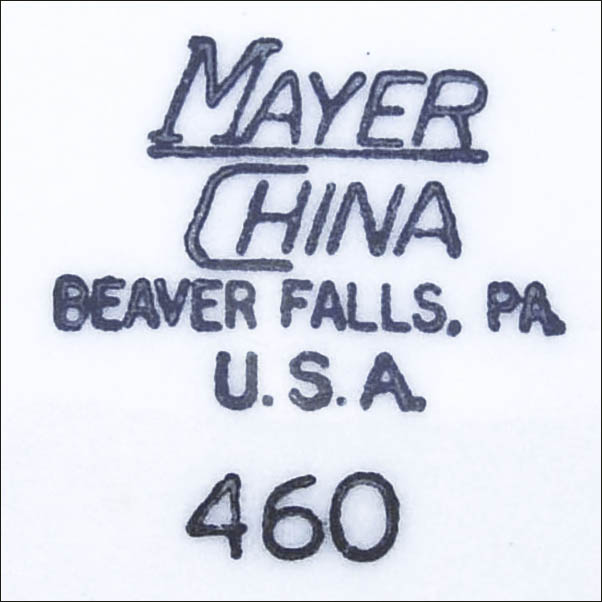 Notes: Located in White Sulphur Springs, West Virginia, the Clover Club was favored for dining and dancing in its hey days, during the 1950s and 1960s.

Beyond its intimate dining experience, the swank club offered a little whiskey drinking and side gambling, but the FBI confiscated the club's gambling equipment in 1964. A Federal Grand Jury then indicted Clover Club Operator/Manager George Frank Ziehms for "promoting gambling" in November 1964.

The Clover Club was remodeled in October 2001 and is popular now (2012) for other types of entertainment, such as the "Mr. Beer Belly Pageant" and the "Miss Bud Bikini Contest."

White body with green rim line border. Topmarked with the Clover Club logo of a three-leaf clover within an upside-down horseshoe, above the words "Intimate Dining."