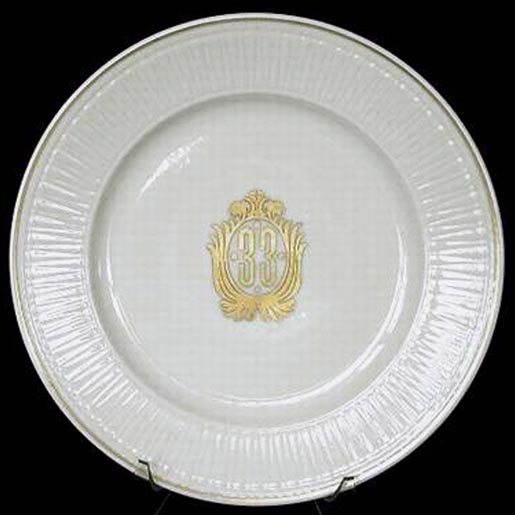 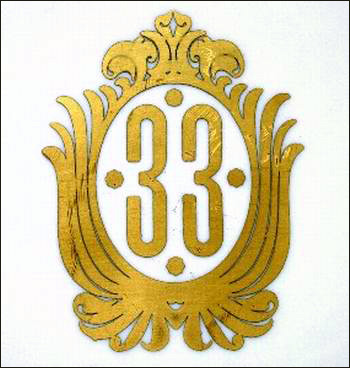 Notes: Club 33 is a private club located at 33 Royal Street within Disneyland in California. The New Orleans inspired club was conceived by Walt Disney as a private place to entertain dignitaries. Artist Dorothea Redmond provided watercolor sketches as to what the place should look like and designer Emil Kuri, Disney and his wife traveled to New Orleans to select many of the antiques on display. After years of planning, it opened in 1967 just after Disney's death.

White service plate features the club's logo, just 33 in a shield, in gold in well.

Click here for the Club 33 website and a link here to an unofficial page that offers more information.