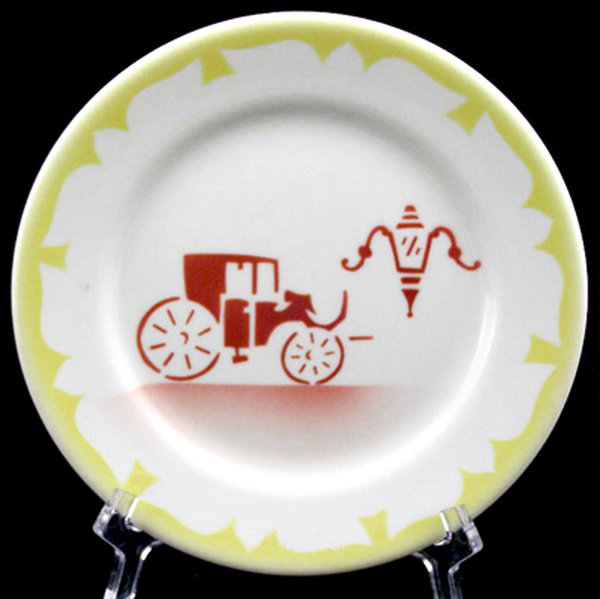 Notes: This pattern was produced using a stencil airbrushed technique. It depicts a red carriage, a red lantern and an airbrushed yellow border. The name comes from Jim Strano's book "Jackson China," but it gives no location for the restaurant. A possibility could be the restaurant in Shrewsbury that was built in 1958 as a combo restaurant and gas station, later to become a restaurant only.