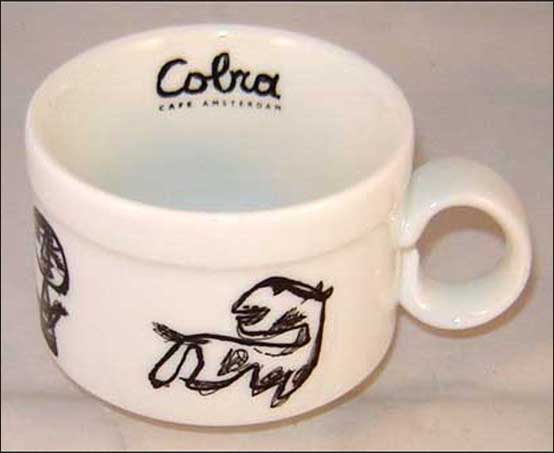 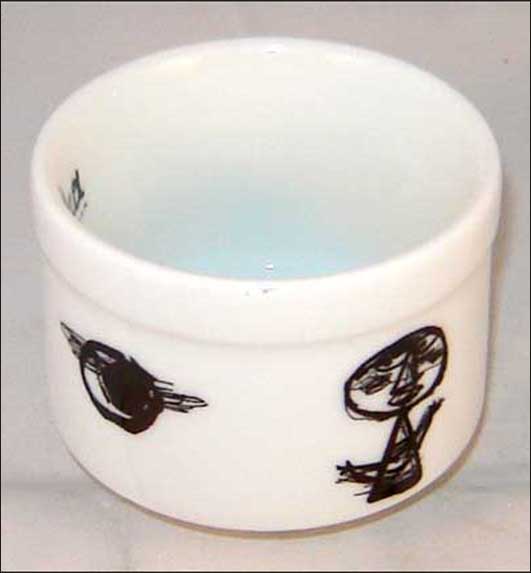 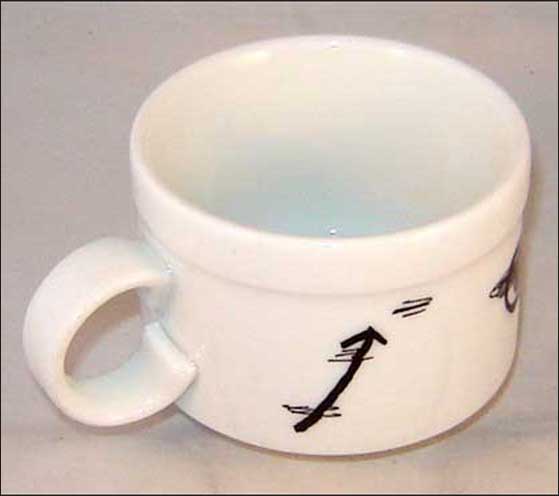 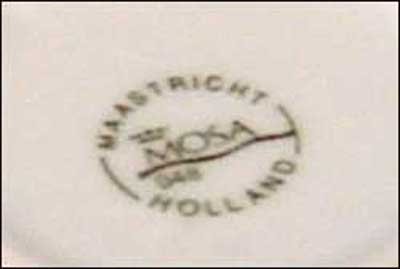 Notes: The Cobra Cafe is located at Hobbemastraat 18, Amsterdam, The Netherlands. It is housed in an unusual glass cube-style building on the Museumplein and contains numerous works of modern art, some of which are replicated on the cup itself.

An unreported style of backstamp has a date code that reads 048, which under the previous interpretation would be April 2008.

The mug with white body has four works of art spaced around the exterior, in black; inside the logo and location of the cafe also are in black. Handle is unusual, instead of the base of the handles touching each other where they join the cup, they curl, giving it something of a handmade look.