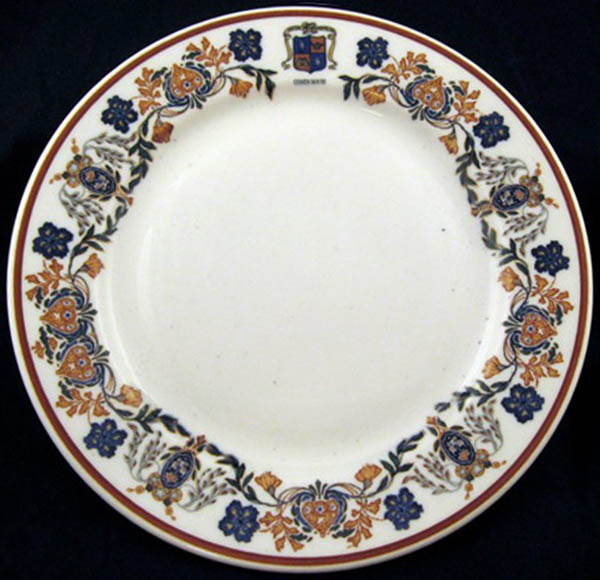 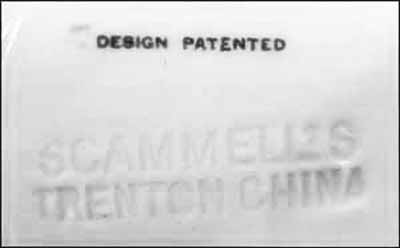 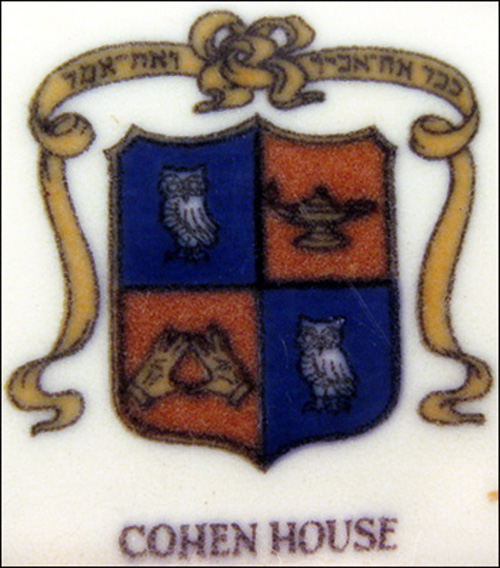 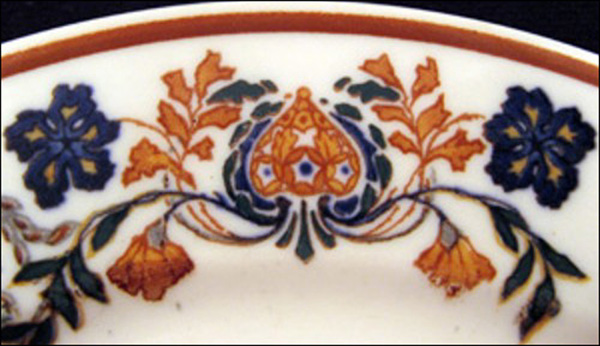 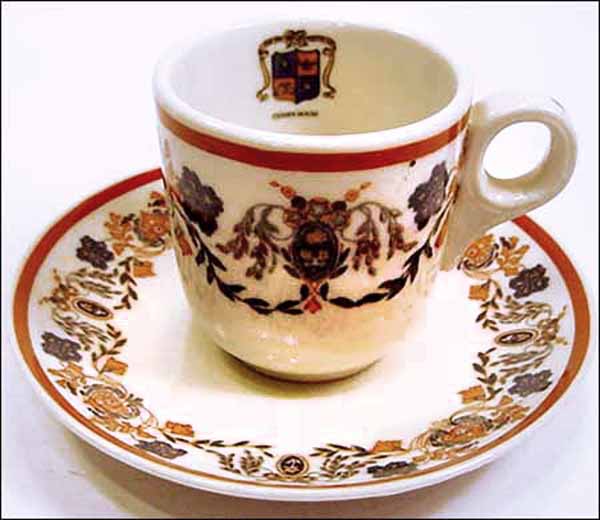 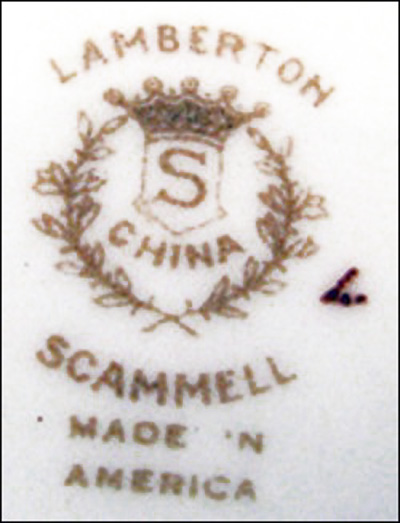 Notes: This design was exclusive to Cohen House, Rice University's faculty club that is located in Houston, Texas. The Cohen House Web site has a photo showing the crest that matches this china.

The Cohen House was given to the University in 1927 by Esther and George Cohen; the building was expanded in 1958 with the addition of a dining room and terrace.

Flowers in dark red, orange or rust around border with deep red or rust line at edge. Crest interrupts the floral border with a ribbon and knot with Hebrew letters and Cohen House below. Inside the crest are four quadrants, two blue and two rust or red. Two have owls – the Rice University mascot – and the other two have a lamp and a pair of hands with thumbs and index fingers touching.