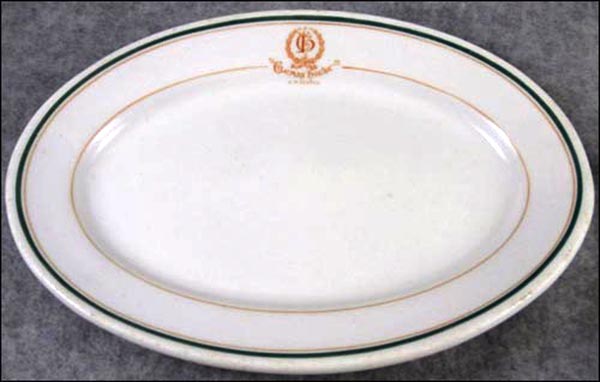 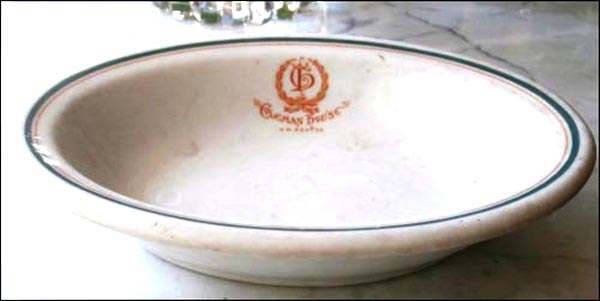 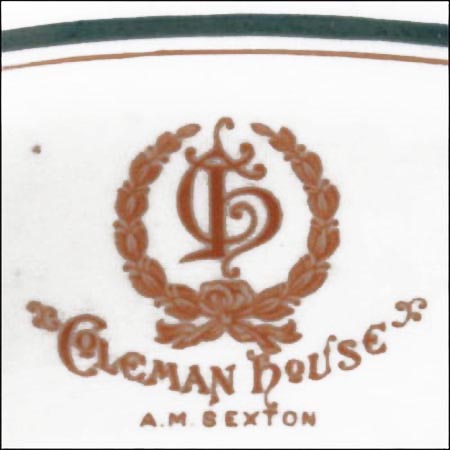 Notes: The Victorian-style Coleman House was built in 1874 for Sarah Coleman and opened July 1, 1879. It was located on the corner of Ashbury and Ocean avenues in Asbury Park, N.J., and was the largest hotel at the time in the beautiful seaside resort, occupying an entire city block.

According to the Larry Paul Database, the venue received several additions through the years that included in 1888 a four-story brick addition and in 1902 a bowling alley and dance hall.

The design includes an orange laurel wreath with an interlocking CH monogram inside the wreath and the hotel's name below. Also included in the topmark is the name of the proprietor during that time, A.M. Sexton.