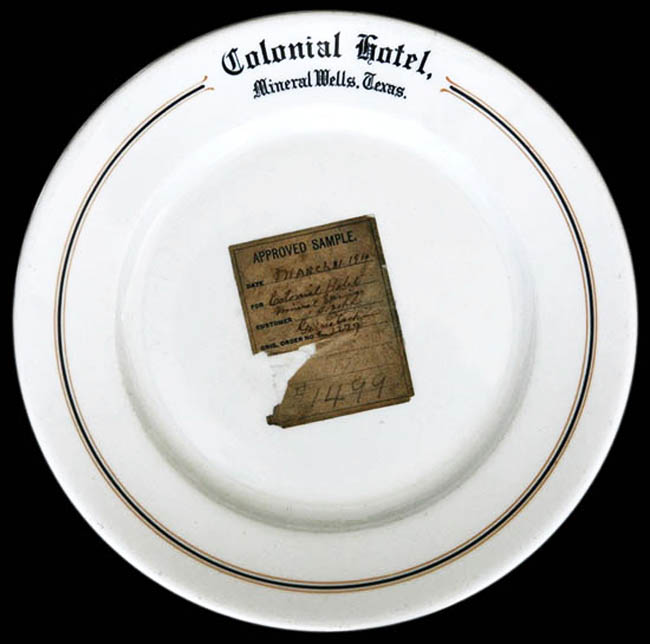 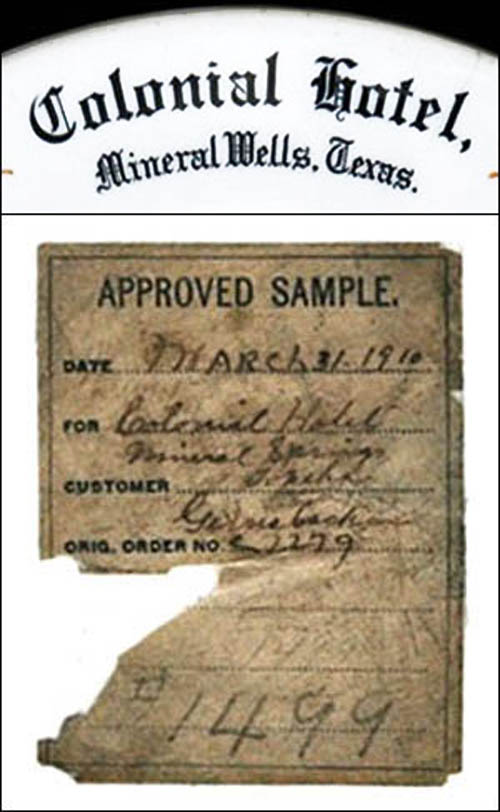 Notes: The Colonial Hotel was located at 109 W. Hubbard Street in Mineral Wells, Texas and built by rancher J. T. Holt for his second wife. The three-story, 50-room, American Plan hotel opened in 1906. Eleven years later, Holt traded the hotel for a ranch owned by Agnew and Bessie Damron, who renamed the hotel Damron. This china order was placed in 1916, before the Colonial was renamed Damron. The hotel burned down on December 22, 1975.

White body plate with mid-rim border of alternating pin lines of orange, black and orange. Topmarked in black, Old-English-style, contoured lettering with "Colonial Hotel," above "Mineral Wells, Texas." This is a Syracuse China production sample plate from the collection of Fishs Eddy in New York City. The plate has a sample sticker marked with the customer, date and Sample #1499.

Source: A Portal to Texas History