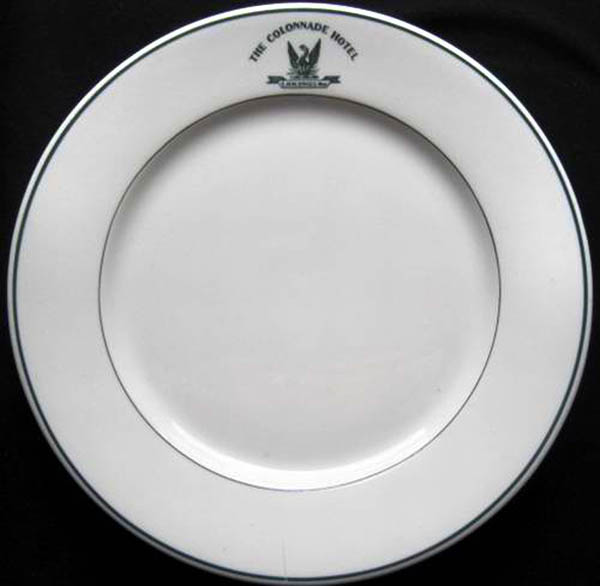 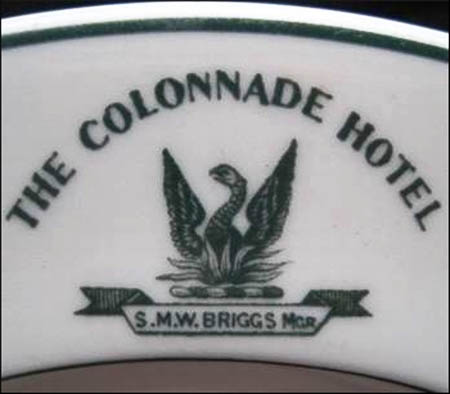 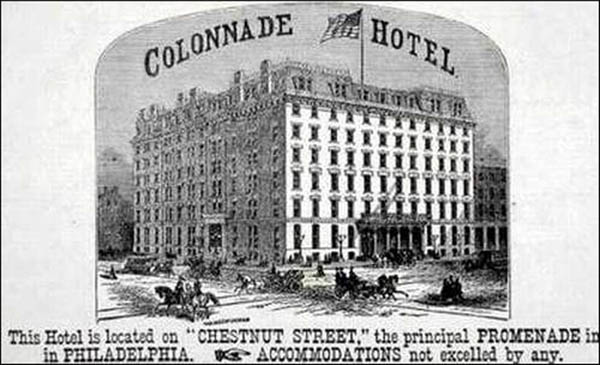 Notes: John Crump was a known carpenter, builder and architect in Philadelphia, Pa. His first venture into the hotel business was the Colonnade Hotel, on the southwest corner of 15th and Chestnut streets in Philadelphia, which eventually became a family affair. Several dwellings on what had been known as Colonnade Row (hence the name) were combined and floors were added to create the Colonnade Hotel seven-story structure.

An 1875 guidebook promotes the Colonnade as large, well kept, able to accommodate 400 guests and, best of all, possessing an especially complete kitchen. The hotel opened before 1876.

When John Crump retired in 1880 to his estate in Media, Henry J. and his brother George R. became the proprietors of the Colonnade Hotel, under a lease arrangement with their father. Mr. and Mrs. Crump maintained an apartment in the hotel and died there: Jane (Ross) in 1882 and John in March 19, 1892.

White body dinner plate with all-green decoration, line on rim and verge. Logo of a bird, outstretched wings with "The Colonnade Hotel" above and S.M.W. Briggs, Mgr. below.